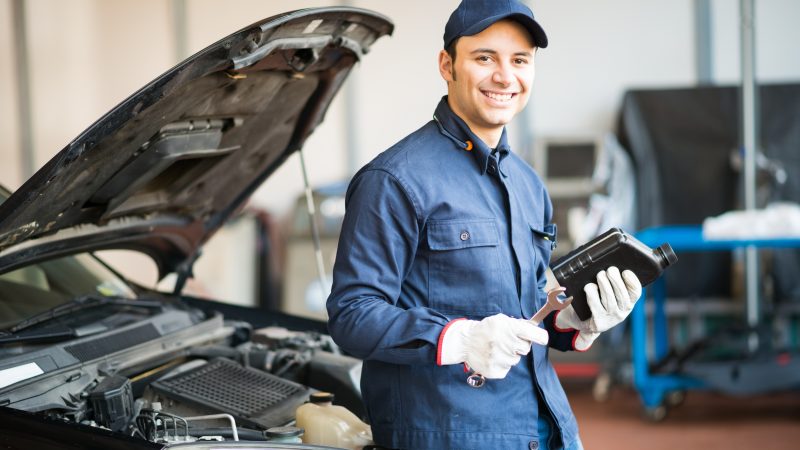 The automotive sector and its workers are facing the largest technological and skills transition it has ever known, writes Judith Kirton-Darling. [Minerva Studio / Shutterstock]

As electromobility grows, it’s triggering enormous change to the automotive sector, writes Judith Kirton-Darling. Handled right, this transition could bring Europe an unrivalled opportunity for competitive advantage and provide a future for the 14 million workers in Europe who depend directly or indirectly on the automotive industry, she argues.

Europeans are changing the way we drive. Electric vehicles are sweeping through our streets, driven by rising popularity, technological innovation and new regulation, and that means our automotive industry will need to adapt to survive. This transition is essential for our planet – but it needs to be managed with care to avoid a wave of left-behind European workers.

As electromobility grows, it’s triggering enormous change to the automotive sector, highlighted in a new report launched by the Platform for Electromobility and carried out by the Boston Consulting Group. This sector and its workers are facing the largest technological and skills transition it has ever known.

That’s on top of disruption from other forces like automation, losing jobs to lower-cost countries, mergers and acquisitions – and, of course, the pandemic’s aftermath.

To manage this transition, we need to face up to some difficult questions. What happens to workers whose skills aren’t yet ready for the future? How do we make sure Europe remains competitive as a place to design and manufacture cars? How do we make sure member states work with, not against, each other?

We have to get these answers right: 14 million jobs in Europe depend directly and indirectly on our automotive industry. Half of that direct workforce are in the supply chain – and this report shows that they’re the workers who’d be the most affected by the transition.

As deputy general secretary of IndustriAll Europe, a union federation representing seven million workers across Europe, every day I see the reality of what unplanned changes mean for our brilliant, skilled and driven workers. But when these changes are handled well, it means we unlock opportunities for growth, innovation – and most importantly, decent, secure jobs.

Deindustrialisation isn’t an option: it would be disastrous for people’s lives, spike unemployment and damage the economy. You only need to look at Detroit, ravaged by the economic and social effects of a car industry that vanished, to see its effects on communities.

The option of sticking with the status quo doesn’t exist. If we put our heads in the sand and try to continue manufacturing cars as we always have, workers will be trapped in an industry in managed decline.

Analysis in the Platform for Electromobility report shows that sticking with traditional car manufacturing will have a worse impact on jobs than making this transition. By contrast, there are a raft of new jobs in the electromobility ecosystem in battery production and charging infrastructure, which will generate an estimated 581,000 new jobs.

Handled right, this transition could bring Europe an unrivalled opportunity for competitive advantage. We already lead the world in other types of technological innovation: now, this is an opportunity to carve out our place at the forefront of electromobility, battery storage, and charging infrastructure technology too.

Right now, it’s not clear which global economy will take the lead, so the countries and regions that embrace the shift to electrification will be the ones to bring in the investment and jobs there for the taking.

To make that happen, we’ll need a set of coordinated policies that prepare the ground for a new electrified industrial revolution. That means policies on clean energy, infrastructure, taxation policy and a skilled workforce.

Many companies don’t have a strategic plan to adapt to changes coming down the track, driven by digitalisation and the net-zero transition. Many regional and national governments are in the same position. To speed up our preparation for this transition, we need a European legal framework to anticipate and manage the changes afoot within companies.

They’ll need to define a clear role for governments in the process. That must include real worker participation, open dialogue with unions and the people most affected by decarbonisation to make sure that this structural change leaves nobody behind.

Next, we need to reskill Europe’s brilliant car workers. As car design and manufacture changes, it means lower-skilled and mechanical jobs will decline, while the need for IT, chemical engineering, and technical workers will skyrocket.

Analysis from the Platform for Electromobility report backs this up: by 2030, 2.8 million workers will need to be hired and 2.4 million positions will have a changing job profile. Different types of training will need to prepare them for future jobs.

The automotive industry has hundreds of thousands of talented workers who’ve kept our economies going for decades: we owe it to them to make sure that skills gaps don’t make it harder for them to stay in good, secure work.

Finally, we need a Europe-wide industrial strategy to guide the automotive industry through an energy transition that could be make or break for its survival. A scattergun mix of national policies won’t work, and neither will a plan that’s masterminded by governments but not accepted by citizens.

We need a plan with regional and social cohesion at its heart, so poorer parts of Europe aren’t left behind, and clean transport is available for all.

The choice we face isn’t whether we transition to electric vehicles. It’s whether we make this transition work for us, protecting prosperity and creating jobs – or whether we fail, putting Europe last on the list for investment and innovation. If we want to guarantee a good future for our automotive industry, we need a plan.