***Check out our brand new Transport Vlog in this edition!***

The Commission wants 2021 to be all about trains and has suggested making it the ‘Year of Rail’. Noone dislikes the idea but clean mobility fans want action not just words. Maybe rename it ‘Year of Rail Passengers’?

Hydrogen trains are coming to the Netherlands, as testing just wrapped up. The Dutch will follow Germany in starting zero-emission services. They just need to get their swans under control…

A TGV derailed last week on the way to Strasbourg, after a landslide near the track forced the high-speed rain to come off the rails. Credit to its design though: it stayed upright and injuries were kept to a minimum.

French operator SNCF hopes to start a Bordeaux-London service by 2022, although its current crop of trains are not certified for use in the Channel Tunnel. Bordeaux, Cologne, Frankfurt and Geneva were named in a new report as possible new destinations that could be reached from the UK.

Dublin could be added to that list, at least in the mind of UK Prime Minister Boris Johnson, who has reportedly changed his mind about building a bridge across the Celtic Sea. Now it is apparently going to be a tunnel. Whether it is a car or train tunnel remains to be seen…

Night train services from Austria and Germany to Italy are the latest victims of the coronavirus outbreak. Italian operator Thello also cancelled trips. Catch up with more updates here.

Check out the first edition of our Transport Vlog above. Whether I’m out and about or in the office, I’ll try to bring you semi-regular updates on what’s the next big story to look out for or try to explain something that might have escaped the main headlines.

Poland’s plan to strip airlines of free pollution permits issued by the EU’s carbon market got strong support at a meeting of EU ministers. The Commission often takes action when it knows the idea will be popular so watch this space…

Smith also said the system for allocating airport slots needs to be suspended, as airlines fly more and more ‘ghost flights’ to secure their berths for next year. The current situation means many planes are taking off just to avoid forfeiting their slots.

UK airline FlyBe bit the dust partly because of the corona-effect but an added sting in the tail is the British Airways has taken over its vacated slots at Heathrow and does not really know what to do with them.

Britain will leave the EU’s aviation safety regulator – EASA – at the end of the year, in a move that has been heavily criticised by the industry. It could come with a huge cost and take a decade to catch up as well.

A simple plea, at a time when hygiene should really be a priority for all of us: when you’re on public transport, have a bit of common sense and think about others. Don’t be like this Brussels metro passenger and his unacceptable metro etiquette.

France’s top court ruled Uber drivers should be classed as employees. The firm might have to pay more in taxes and benefits. Paris’ mayor candidates also think the ride-share service should embrace zero-emission cars.

A damning report by the EU’s auditors said that cities are not doing enough to shift passengers to more sustainable transport options. It found that there has not been a big reduction in car use and air pollution levels are still illegal in many areas.

One in five Europeans are exposed to harmful noise pollution, says a new EEA study. The problem is only going to get worse, it predicts, largely due to road transport. The EU’s 2020 goals in this area are not going to be met.

The UK will offer petrol that is lower in carbon as of 2021. E10 fuel – which contains 10% bioethanol – will replace E5 at pumps and is already popular in countries like Belgium and France.

Wales wants more independence in traffic policy and has commissioned research into road charging, with an aim to slash congestion and pollution. Some of the most polluted roadways are in the principality.

China is set to invest more in electric vehicle charging-stations to match its EV manufacturing drive. Beijing wants to spend its way out of economic corona-pressure by doubling down on infrastructure.

F1 champions Mercedes are aiming to go carbon-neutral by the end of the year. Aside from ditching single-use plastics and upping clean energy use, the fact races are likely to be cancelled because of the outbreak will likely see emissions crash.

Amsterdam’s canal boats are going all-electric, as a ban on diesel in 2025 approaches. Most captains are going for refits rather than new builds, which is helping the local economy make the most of it.

A new EU strategy for offshore wind is on the way later this year. Norwegian energy firm Orsted is relishing that prospect and it will help clean up shipping too: all boats transporting wind turbines have to cut CO2 emissions 50% by 2032.

Hydrogen seems a perfect fit for boats. In this study, the ICCT looks at whether it could replace fossil fuels in the US-China shipping corridor. The authors found that 99% of voyages could be done using the clean fuel.

Clean-up crews in action after a TGV came off the rails last week. 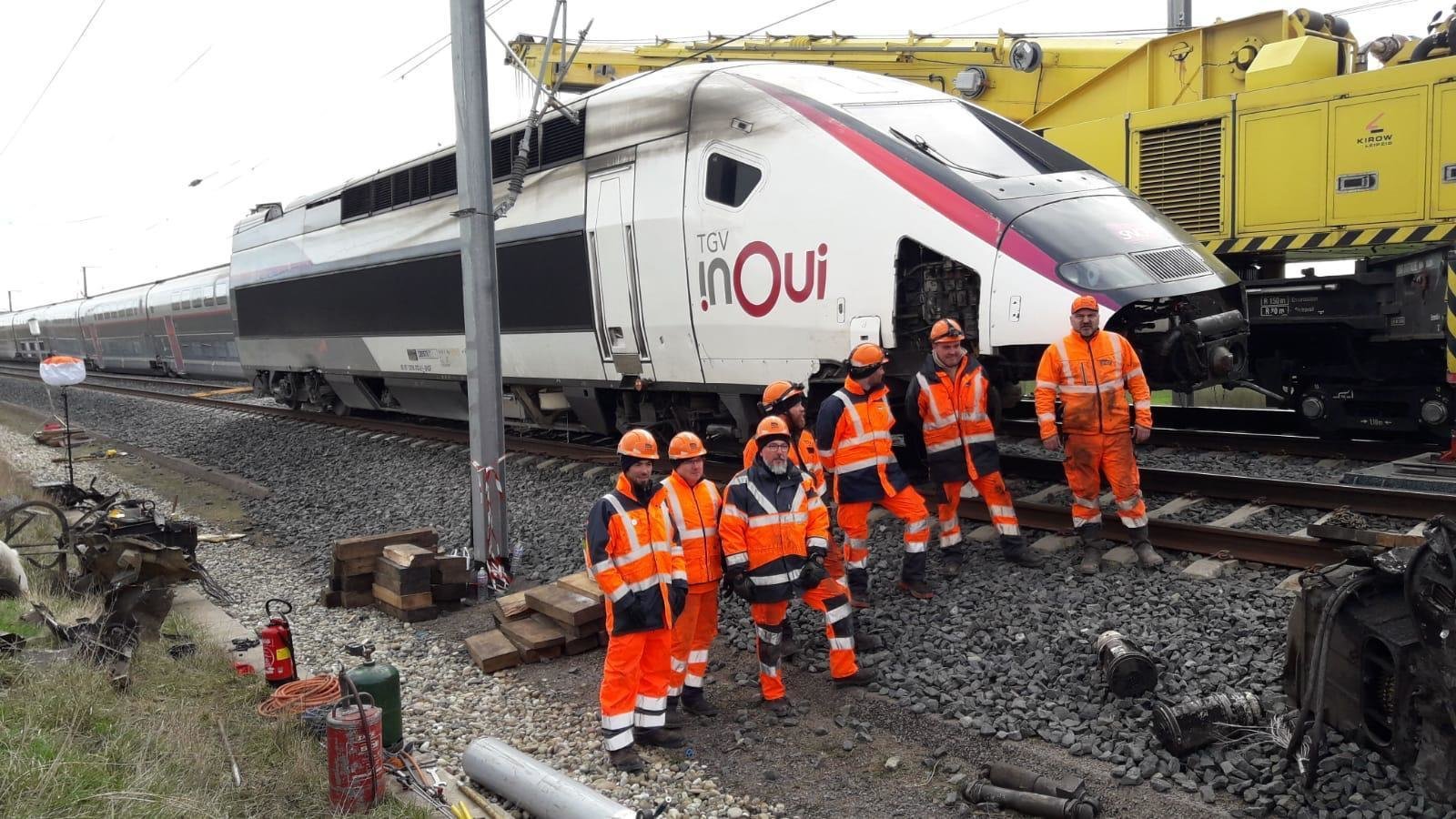 Coronavirus means a stripped-down Parliament plenary session in Brussels only.

Stay up to date with the major developments around the outbreak here.