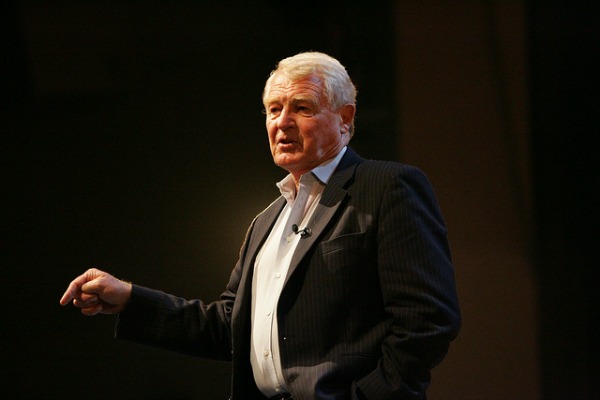 The UK politician and former Liberal Democrat leader Paddy Ashdown tells EURACTIV that a UK referendum on EU membership can be won, so long as the question is framed in ‘yes/no’ terms.

Paddy Ashdown is the Chairman of the 2015 general election team of the Liberal Democrats, currently the junior party of government in the UK, in coalition with David Cameron’s Conservative Party. Now a member of the second parliamentary chamber, the House of Lords, Baron Ashdown of Norton-sub-Hamdon led the Liberal Democrats from 1988 until August 1999, and formerly (2002-2006) served as the international High Representative for Bosnia and Herzegovina.

He spoke to EURACTIV’s Jeremy Fleming on the fringes of the TEDx debates, which took place in the Brussels on 1 December.

You have been speaking at this TEDx in Brussels on the threat to democracy. Do you see that threat as global, or limited to certain places?

No I think it affects all the advanced democracies, it is not global. All the advanced democracies are suffering from a sort of breakdown of the democratic dialogue. You can look at America, Canada certainly the European countries: you see the rise of the right, or the rise of the left, the rise of demagogues, the failure of democratic governments. I just think what it tells us is that the framework for our democracy – the nation states – needs to change, and what we need is a reform. Democracy has been reformed many, many  times over the last 1500 years. We need to go through another reform of democracy. To my mind, that means redistributing the powers of the nation state. To a British audience I would say we need a Great Reform Act of 1832.

But specifically in relation to the EU there is much made of the democratic deficit. What in your opinion needs to be done to remedy that?

Keep trying. There is no doubt that the EU is essential because it is the framework in which we can share democracy for our citizens. But there are two issues: one is the nature of the constitution which gives too much power to the Commission, and not enough to the elected representatives. We had a similar crisis in the UK between Parliament and the King. The second is the democratic deficit. It is quite cheeky – although it doesn’t stop people from talking about it. What about the democratic deficit in Westminster? I come from the House of Lords, which has no visible contact with democracy whatsoever. The answer is not to abolish it [the EU] but to reform it. It has taken us four centuries to develop the proper democratic structures for our own state, imperfectly.

At the election next May, your party is predicted to do poorly. What kind of deal might be possible afterwards?

I never make predictions about elections. I have lived through many, and I can’t think of one where the press did not make [predictions] about our impending defeat, and I have been pleased to see them wrong in the past. The other side of the next election an election is a different country. Who knows what may happen.

Whatever happens, there is a real chance that there will be a referendum on the UK’s membership of the EU during 2017. How do you see that playing out?

I have always believed that if there was a referendum then – provided it was a yes/no referendum – I have always believed that we can win it for ‘yes’. The problem is that before [current Liberal Democrat leader] Nick Clegg, there was no politician prepared to show up and argue the case [in favour of staying in the EU]. If you look at the recent opinion polls, they show something like 45/32 in favour of staying in. I am confident that if there were a referendum – and I believe there will be one sooner or later – then I am confident provided it was on a yes/no basis, then it could be won for yes.

A political scandal appears to be brewing in the UK involving the loss of sensitive files from the Home Office relating to allegations of an establishment paedophile ring, when former British EU Commissioner Lord Brittan was the Home Secretary. What do you make of those?

I do not know the first thing about these things. Westminster is always the subject of rumour mongering. It is something I pay neither interest in, nor attention to.