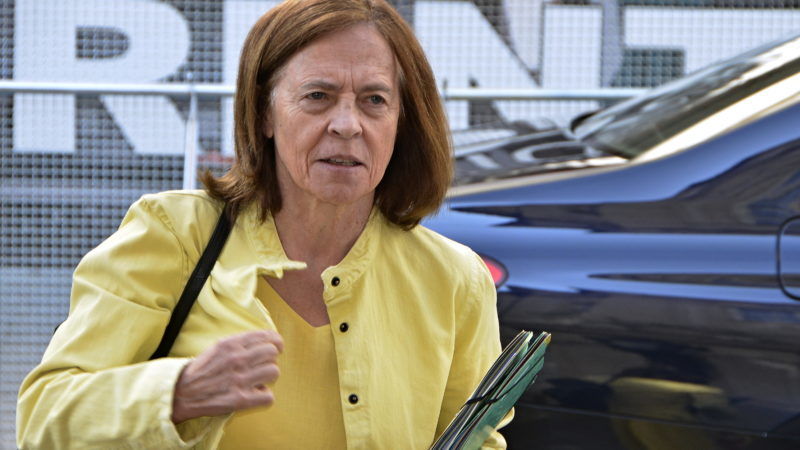 Margarida Marques does not think there would be any conflict having the EMA and the anti-drugs agency both in Lisbon. [Slovakian Presidency of the EU]

Margarida Marques is Portuguese State Secretary for European Affairs. Before that she worked for the European Commission.

Marques spoke with EURACTIV’s Jorge Valero on 22 May on the margins of the General Affairs Council.

Lisbon already hosts the European Monitoring Centre for Drugs and Drug Addiction and the European Maritime Safety Agency. How are you going to convince your EU partners that three agencies are not too many for one single city?

It is not too many agencies. Officials from the two existing agencies feel very well in Lisbon. Our bid for the EMA is not only because of Lisbon, but also because of the EMA’s role. Our national regulator is very well integrated into the agency and plays an important role in scientific evaluation. From the outset, we were very active in setting up a European framework for medicines, and we keep being very active in the consolidation of a European system.

Connections, logistics, schools and other facilities will be part of the criteria to pick the new host city. How confident are you that Lisbon is the best option?

Lisbon is the best city for the agency, not only in Portugal but also in Europe.  The airport is near the city centre, only 20 minutes away from the area where the agencies are located. They are also near to the railway station. We can handle EMA’s 900 staff. We have various international schools. Lisbon is a fashionable city, and a safe capital, compared to other EU capitals.

So you don’t think having two agencies already is a major obstacle?

It is an economy of scale. You can use the resources you already have, like the international schools, in a more optimal way.

You host an agency that tackles drug abuse. To what extent could it be an issue to host the EMA, whose role is to approve medicines for the European market?

There are some synergies between the two agencies, with common working groups. Therefore, it is a positive aspect having both of them in the same place.

But these joint working groups deal not only with regulatory approvals but also potential side effects, including potential abuses and dependency. Does it not raise some concerns having the two agencies working so closely together?

I believe it is a positive argument. They can work closer, given that they already cooperate in a number of subjects. It is not one against the other. The fact that the EMA could be located in Lisbon would not represent a problem, as I said it is rather the opposite.

In your view, which city is your main rival for the agency?

Officials from the EMA prefer to go to the south more than the north because the weather and the food are better. You also find good facilities to integrate your family and your children. Southern cities are in a better condition. It is not a scientific argument, it is common sense. In my view, our added value is that we can complete the transition from London to Lisbon without any interruption in the EMA’s work.

Portugal is on a roll. The country exited the EU’s excessive deficit procedure. It achieved a diplomatic victory with the appointment of António Guterres as UN Secretary General. And it even won Eurovision and the European Championship. How could this play in your favour now?

This is not par hasard. It is because we worked very much for these things to happen. If you look at the excessive deficit procedure, the Portuguese people made a lot of sacrifices over a long time. We intended to exit the procedure already last year. But according to the criteria it is the correct and fair decision that it is happening now.

The Brief: Portugal, country of miracles

Portugal was very much in the headlines today. Last week Pope Francis was in the Portuguese town of Fatima to honour two children whose visions of the Virgin Mary 100 years ago marked one of the most important events of the Catholic Church.