Alasdair Allan is the Scottish government’s Minister for International Development and Europe.

Theresa May’s cabinet insists that Brexit means prosperity and sovereignty for the United Kingdom. Does Scotland believe in these promises?

No. Somehow the Conservative cabinet does not say anything about the sovereignty of Scotland. Despite the fact that 62% of Scots voted for a “Remain” option in the Brexit referendum. That result is a very strong argument and it has to be taken into consideration. During the last months, we were trying to compromise with London – our Government presented a lot of detailed proposals of anchoring us in Europe.

We are very concerned that the discussion is moving past simply leaving the European Union. Now we are talking about leaving the single market and “building the wall” against the freedom of movement. And these institutions have been very beneficial for Scotland.

This Tuesday (28 March)*, we will open a new chapter in this debate – the Scottish Parliament is meeting and it is very likely that MSPs will decide to call the new Scottish independence referendum. After that, we have to ask the government in London for consent to the referendum. If we achieve this goal, the referendum will take place at the end of 2018 or in Spring of 2019. 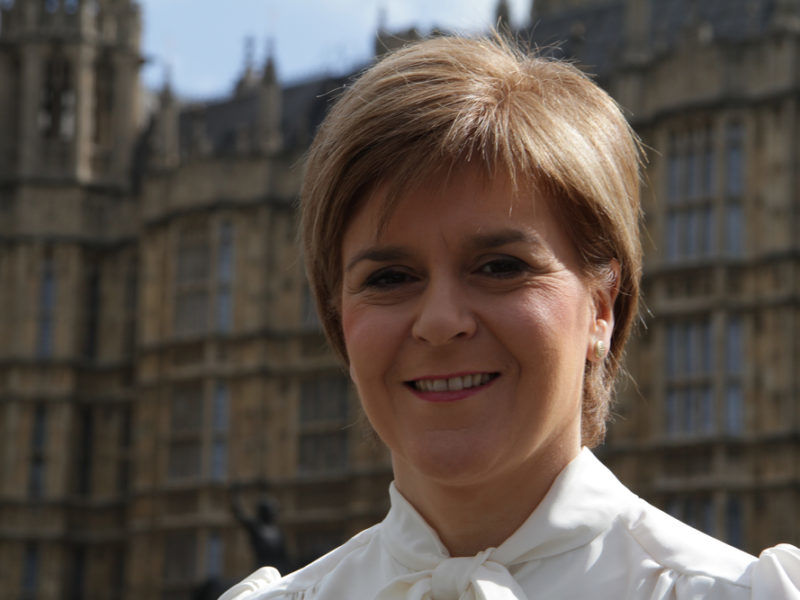 What would you do if London saysyou already voted on independence in 2014 and that is enough?

First Minister of Scotland Nicola Sturgeon has said recently that our referendum will take place in some form anyway. It is democratically justified. The Conservatives have only one Scottish MP – that is why blocking the vote by the Conservative government will stretch on and complicate this situation. And the result will be exactly opposite. The more London will restrict Scottish democracy, the less support it will receive from us.

The British voted to leave the EU, while Scots proved to be Europhiles. How do we explain this difference?

Scotland has always been an open country. We have strong ties with Europe, including Poland. We appreciate the huge benefits of EU membership and not just the structural funds. During the last 15 years, Scotland’s population was stagnant or in the decline. It is clear for us then that our population will increase and our economy will grow only when people will immigrate here.

The arguments against immigration put forward in the other parts of the UK, or even open hostility towards newcomers are not applicable to Scotland. It is hard to find anyone here who would be supporting leaving the EU. In our parliament, out of 129 members, only 8 MSPs announced they will support Brexit in the referendum.

Scots are convinced that their future depends on the ties with Europe.

So you do not believe that you will be richer without Europe?

For us, the single market is crucial. Even that 38% of Scots voting for Brexit would not agree to stay outside the single market. And we cannot access it without the freedom of movement. And we have benefited from it for years!

But we see more than just the economic benefits. Europe defends the norms, looks after the social affairs. We also believe in the European solidarity – and that is why we want the Scottish voice to be heard on the continent. We are unhappy that the government took the decision to leave the EU for us, completely ignoring our opinion.

In 2014, before the referendum, we heard warnings that Scotland would not survive without the UK. Has that situation changed?

The EU cautioned Scotland about independence in 2014: that Scotland would not get the EU membership automatically but will have to face long and arduous negotiations.

But even now we fulfil all the membership criteria. We cannot be compared then to other potential candidates. In 2014, Europe was suspicious towards Scotland. Now it is clear that the Scottish drive for independence is motivated by the desire to stay in the EU. I am an optimist. I believe that this time our aspirations will be thoroughly understood.

What would independence look like? Would the Queen remain as the head of state? What about the army?

Of course, Scotland would become a parliamentary monarchy. And like in Canada or Australia the Queen would remain as head of state. However, the Parliament with the Cabinet elected by MSPs would govern. When it comes to the armed forces, Scotland even now has regiments of infantry as a part of the British Army. We also have military bases. There is no need to start the independence from scratch. We have a number of institutions required by a sovereign state: parliament, government, a legal system. We have our own culture and language.

With the independence of Scotland, the UK will practically cease to exist. Yet it is not Yugoslavia or Czechoslovakia. It is a country that has existed for centuries.

Only three centuries, to be precise. Scotland had been longer an independent country than the part of the UK. Of course, strong bonds have been created between us and others parts of the UK. We want to end our relationship in a civilised way, though the negotiations with London will be long.

I am convinced that afterwards the relations between England and Scotland will improve. After declaring independence we will become equal partners. Now the British government does not consider us to be such. They even want to lecture us on democracy. It is not polite.

It would seem so, looking at the activities of Theresa May’s Cabinet. From our point of view, it would create chaos. Before the Brexit referendum, there had been no debate on what exactly Brexit means and what will be the consequences of leaving the EU. Now the government cannot even explain what will happen to foreigners living here. I spend the most of my time calming down Poles and other nationalities who are anxious about their future. It is high time for the government to start informing the citizens.

Is there any possibility that the UK will leave the EU, suffer on the outskirts of Europe and come back humbly to the Union?

Many citizens do not realise that the Brexit has not happened yet. So when it does, they will experience first-hand how difficult it is to live outside the EU. For this reason, our independence referendum will be different from the 2014 vote. Then, the independence meant abandoning the status quo and going into the unknown. Whatever happens now, there will be many changes in Scotland, but we want to make decisions ourselves and not let anybody to make them for us.

*Updated from the Polish edition, following the rescheduling of the vote from last Wednesday (23 March).

9 responses to “Scottish minister: We are better off without London”