On the day Scottish First Minister Nicola Sturgeon announced a new referendum on independence, euractiv.com quizzed the SNP’s Brexit minister in Brussels on whether Scotland could actually rejoin the EU and why pro-independence polls hadn’t budged since the Brexit vote in June.

Michael Russell is a Scottish National Party (SNP) politician who is the Minister for UK Negotiations on Scotland’s Place in Europe.

Russell was interviewed by Matthew Tempest.

One thing I don’t understand about Nicola Sturgeon’s announcement is the timing. Won’t the UK’s Brexit negotiations still be ongoing [in the time frame of autumn 2018-spring 2019 suggested]?

No, the intention is to give people a choice, when there is a clear choice to be had.

So, the timing that Nicola quite clearly announced is that at the end of that process, which has already been defined by the two years of the Article 50 process, there has been constant reference to the fact that there will be eighteen months of negotiation and six months of ratification. At some stage in that period, she’s indicated, it would be the right time to have an informed choice  – and she used the words “informed choice”. There will be an outcome sufficient for the European Parliament to vote on, of course, because it will be voting on it, and an independence offering, which we will bring forward.

But isn’t that ‘informed choice’ the Scottish voters will have, between possibly trying to rejoin the EU’s single market, and definitely leaving the ‘single market’ of the United Kingdom?

Well, we have to wait and see what that time scale gives us. But the reality of the situation – if I can just correct you – is there isn’t a ‘single market’ of the United Kingdom. That is a construct which the UK has put into the debate over the past few months, I dispute that term. There is a ‘unitary market’ of the United Kingdom. The ‘single market’ is something quite different. And that term has emerged as something which is used to argue against further devolution of powers.

But the unionist side would call it a leap into the dark, because Scotland would be leaving the United Kingdom, but not certainly returning or rejoining the EU…

The certainty of leaving Europe is going with the UK. That is a certainty.

But Spain, or even other countries, may try to block you rejoining the EU?

Well, we’re 18 months away from that.

Is it not the case that the opinion polls are the ‘dog that didn’t bark’? In the sense that – despite the threat of Brexit – there hasn’t been much movement since 2014, either your way or the other way, it’s still roughly 45% vs 55%?

Nicola indicated that the two last referendum polls of significance are 2014 and 2016. The very significant thing now is the debate that takes place over the next eighteen months. And that is where the decision will be made.

And it will have to be an informed debate. We [the SNP] brought forward very substantial information in 2014, the UK government brought forward nothing, essentially, in 2016, nor did the Leave campaign.

But you’re an SNP politician, presumably a believer in independence all your life. Surely if the Scottish people vote ‘No’ twice in five years, that would be the end of independence?

I don’t go into a campaign without intending to win it. I don’t speculate about the outcome of campaigns, except to win those campaigns. That’s what politicians do.

But I have been involved – deeply – in the negotiations for the last six months with the UK, and I think the lack of progress in those dictates an absolute necessity.

Because we put forward a compromise, and that compromise has not been responded to in anything like the way it should have been by the UK. This is the right thing to do, to offer that choice.

Aren’t a lot of the open, or unanswered, questions from 2014 still there, though? Putting aside Brexit for a second, there is the Queen, the currency, NATO…

There was no issue about the Queen. That was resolved, if you read the White Paper, there was absolute clarity having the Queen as head of state.

We’ll bring forward a details prospectus and that will give a fair and informed choice.

A final question: There is a ‘conspiracy theory’ that Nicola Sturgeon doesn’t actually want the referendum. What she wants is Theresa May to turn down having a referendum, and therefore give you another groundswell of support?

I think this is absolutely clear and transparent. We did not want a referendum on Europe, we thought the outcome was quite clear in Scotland, and we wanted that to be observed, we anticipated that in our manifesto – the one I stood on – last year, and said ‘if this [Brexit], happened…’ – but even so, we then worked very hard indeed to try to make sure there was a compromise.

We have not had a reciprocal gesture from the UK. Therefore it is right, both given the mandate [in the 2016 Scottish Parliament election], and the referendum result, and what has happened in the last six months, that we have an informed choice – but only when we know what the outcome of the UK Brexit negotiations are, in terms of what will be the final deal. We will put that against another choice because there is no status quo.

The one certainty in this is that if we do nothing, we will be leaving the EU, and we think the people of Scotland should have a choice between those futures. 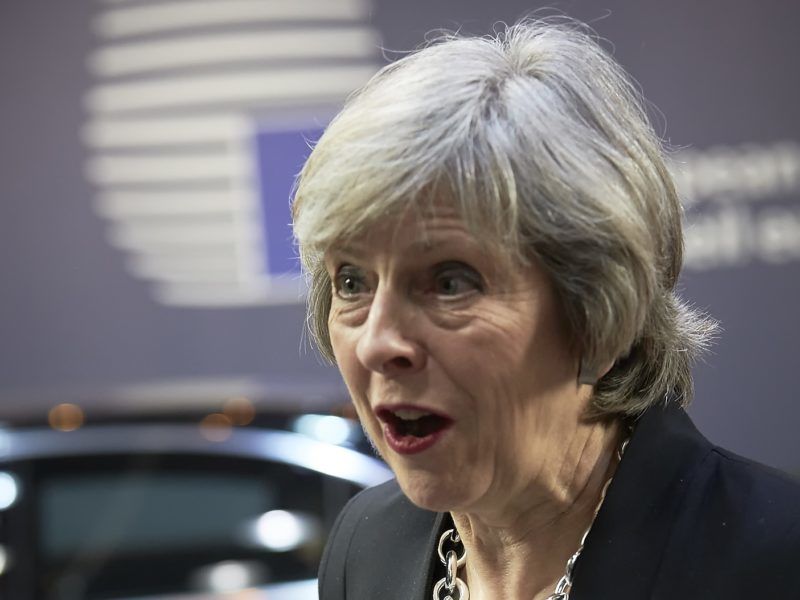