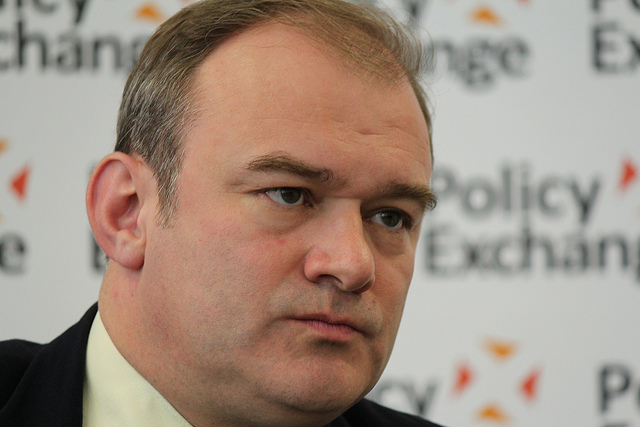 The deal struck by EU leaders on the 2030 Climate and Energy Framework showed the UK can win in Europe, despite the controversy over the 2.1 billion top-up to EU budget contributions, says Ed Davey, who also welcomed the controversial appointment of Miguel Cañete, criticised for his links to oil industry, as Climate Commissioner.

Ed Davey is the UK’s Secretary of State for Energy and Climate Change. A Cabinet minister, Davey is a Liberal Democrat and has held his portfolio since 2012. He is also tipped to eventually succeed Nick Clegg as leader of the Lib Dems. He spoke to EURACTIV’s deputy news editor James Crisp.

What do you think about the appointment of Miguel Cañete as Climate and Energy Commissioner?

Having got to know him over two years, and knowing how committed he is to green, clean energy he is, I completely welcome his appointment.

I ask the question because his appointment was controversial …

Some of the comments have been both ill-informed and not understood the vital role that he, and Spain, played in getting us to the ambitious 2030 agreement.

Are you happy with the 2030 agreement?

It is what Britain proposed, so yes I am happy! It’s the product of work and collaboration over the last two to three years in the Green Growth Group, to ensure member states had an ambitious target. When we put forward the target of at least 40% reduction of greenhouse gas emissions, most people thought that was way too ambitious. It was, in fact, the most ambitious target put forward, so to secure that is obviously pleasing.

What about the watered down energy efficiency target [member states agreed a reduced 27% from the European Commission’s proposed 30% target]. That’s disappointing isn’t it?

The question is what do you want to do on climate change? What is often missed is that what we are trying to do is stop dangerous climate change. I believe it should be done in the most affordable, quickest way possible. That means it is best to have as much flexibility as possible, as one size does not fit all.

The core challenge is tackling climate change, and we have the most ambitious greenhouse gas target put forward. When it comes to achieving, that some countries will want to do more on efficiency, and more on renewables.

But that led to a strange situation where the UK was arguing on the same side as Poland, one of the most carbon-dependent countries.

I don’t recognise that in the slightest.  I was at one end of the spectrum and my Polish counterpart was at the other.

There are those who say the UK wanted non-binding targets, because of the new Hinckley Point nuclear power plant, [the deal, between EDF and the British government, was recently cleared by EU regulators] and the UK’s interest in shale gas.

Shale gas is irrelevant, because we’re talking about electricity. On gas, some people are getting their gas from Putin, some are getting it from the North Sea. I would rather have British gas than Putin’s gas. People who bring shale gas into the debate, don’t know what they are talking about.

It was hugely important that the EU took an ambitious position on climate, because of Putin. Energy security in the EU is under threat from Putin like never before. This sends a very strong signal to the Kremlin. We will not allow any member of our Union to be bullied.  The person most disappointed by this deal is Putin.

So you don’t agree that not having binding targets hits investment? There’s not the same investor certainty, is there?

We in the UK have taken a technology-neutral approach. We have more offshore wind power generation capacity than the rest of the world put together. We’re putting massive amounts into renewables – offshore, onshore. We are looking seriously at tidal, carbon capture. Wherever you look around, we are doing massive amounts. You can’t put all your eggs in your basket. That makes it more risky, and more expensive.

These are huge investments. What I don’t understand is these people with crystal balls. I’d like them to give me one. But those of us who are humble enough, we like to be more practical and realistic – the EU has very tough and very ambitious legally binding greenhouse gas emissions targets.

But isn’t that undermined by the so-called review clause in the final conclusions [which allow member states to revisit the targets after the 2015 United Nations Climate Change Conference in Paris]?

It’s not a review clause, it’s a ratchet up clause. The target is at least 40%. My conclusion from that is the only change will be up.

That’s what so fantastic about this historic deal – the impact that it is going to have on the rest of the world.  Europe has put more pressure on the US and China to be more ambitious. It’s in everyone’s interest to get the US and the Chinese to do their fair share.

The most important thing is that the deal overall is sufficiently tough.

Do you think the 2030 package has shown the UK can win in Europe?

I think that what the UK achieved by setting up the Green Growth Group shows that you can reform the EU from within. It shows Britain can win the argument and we won it by putting in the time and effort over a long period.  We can ensure sensible decisions are taken in Europe.

It’s a shame that the success was overshadowed by the row over the €2.1 billion top-up on the UK’s contribution to the EU budget. What’s your take on the controversy?

The Liberal Democrats strongly support the line the Prime Minister has taken [he’s refused to pay]. I was sitting on the bench in the House of Commons [where he spoke yesterday]  and I agreed with every word he said on the budget issue.

He acknowledged that sometimes the contributions work for you, and sometimes they work against. But this was a very large amount that we are being asked to pay in a very short period. And he a made a very strong point: that the UK will crawl over the details of this, to make sure that Britain’s interests are protected.

Do you think, as coalition partners in government, the Lib Dems need to do more to make the case for the UK to stay in the EU?

I think the fact that Nick Clegg debated Nigel Farage, and the example of the Green Growth Group and a similar economic group I previously put together, shows we are leading the EU debate. Unfortunately, we have so much misinformation put out by the Eurosceptics that it can be a challenge.

There are so many arguments for Britain to remain in the EU. We just need to get them heard more. It’s not just in areas such as climate change. Take, for example, justice and home affairs. Those who want to pull the UK out of the EU arrest warrant are playing fast and loose with the safety and security of my constituents, and playing into the hands of serious criminals– some of the worst people on the planet.

You’ve been tipped as the next leader of the Lib Dems.

First of all, I would never challenge Nick Clegg.  No doubt one day he will hang up his boots. People have been suggesting I consider running and, if there was a vacancy, I would consider it.