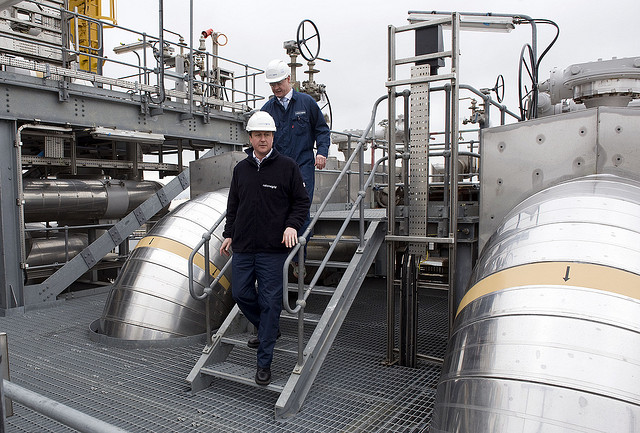 A place in Europe’s energy market is vital for Britain, the head of National Grid said on Thursday (21 May), joining an increasing chorus of business leaders speaking out on the impact of a European Union referendum.

The operator of gas pipelines and power cables, one of the top 20 UK companies by market capitalisation, is investing heavily in building new power lines to the continent and manages Britain’s gas and power exchanges with its neighbours on a daily basis.

“We cannot afford to lose the access to (European) energy supplies and interconnection, whatever the framework is eventually,” Chief Executive Steve Holliday told Reuters.

“Being part of the European energy market is unquestionably essential for the UK.”

National Grid is investigating the benefits of European Union membership for Britain’s energy security to show the government Britain should remain part of the Energy Union.

The Energy Union is the EU’s strategy to bolster its resistance to shortages and fight climate change. Given political impetus by the Ukraine Crisis, it aims for an interconnected market where suplus energy in one region can be sold elsewhere.

Britain’s new Conservative government has promised to hold a referendum on European Union membership by the end of 2017.

The company has started analysing how much value its exchanges with EU countries are adding to Britain and will publish its findings in a couple of months, Holliday said.

“When we’ve completed that piece of work we’ll be using that to talk to government about those benefits,” he added.

Many business leaders in Britain have said the country should remain a member of the EU.

National Grid reported an 11% rise in annual pretax profit on Thursday, allowing the company to pay shareholders a full-year dividend of 42.87 pence, up 2% year on year.

The utility made £2.9 billion pounds (nearly €4.1 billion) in pretax profit, ahead of a company-provided consensus forecast, and saw earnings per share rise 9% to 58.1 pence.

National Grid has invested around £3.5 billion (€4.9 billion) in improving its infrastructure across its business in the financial year ending 31 March. It said these investments would help reduce transmission costs and ultimately household energy bills.