All smiles as Cameron visits EU leaders to avoid Brexit

By Henriette Jacobsen | EURACTIV.com with agencies 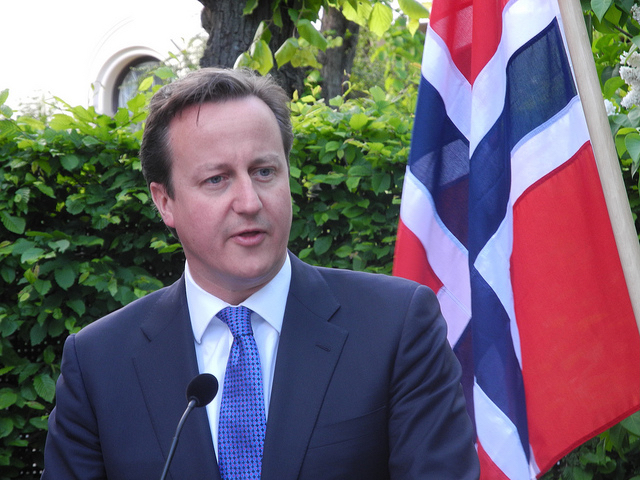 British Prime Minister David Cameron managed to woo both ‘unhappy’ leaders in Warsaw and his biggest supporters in Copenhagen when he visited the two capitals on Friday (5 February), ahead of a crunch summit to try and prevent the UK quitting the EU.

Cameron did not have to twist many arms in Poland where Jaros?aw Kaczy?ski, governing party leader, told the prime minister that he was “very pleased” with the outcome of the talks which Cameron has held with Council President Donald Tusk earlier this week.

The proposals to avoid ‘Brexit’ notably include a so-called ’emergency brake’ (although EU officials prefer the term ‘safeguard mechanism’) that would allow an EU state to limit the welfare payments that migrants from other European countries can claim for up to four years after their arrival.

Kaczy?ski told reporters that Poles living in Britain will enjoy “full protection” of their rights to benefits, including the controversial “allowance for children living in Poland.”

His remarks came as a stark contrast to those of the Polish Prime Minister Beata Szyd?o who yesterday told The Times that Cameron’s benefits proposal “doesn’t make me happy”.

“Over a million Poles live and work in Britain. Their work is growing Britain’s GDP and we want them to enjoy the same kind of opportunities for development as Britons,” Szyd?o said.

Until now, the so-called Visegrad Four, the central European states of Poland, the Czech Republic, Hungary and Slovakia, have been the most outspoken in telling Cameron that they will not accept any plan that discriminates against hundreds of thousands of their citizens working in Britain.

Since 2004 when many ex-communist countries joined the EU, many Central Europeans have moved to Britain in search of jobs and a better life. The influx of migrants has prompted criticism of many centre-right politicians, saying that migrants are draining Britain’s welfare system.

If Cameron gets an agreement by the EU summit, he will campaign for Britain to remain in the EU in an in-out referendum that is most likely to be held in June.

Later on Friday, Cameron followed up the talks with a stop in Denmark, the country which has so far been the biggest supporter of his efforts to change the EU’s social system for migrating EU citizens.

In Denmark’s 2015 general elections, Danish Prime Minister Lars Løkke Rasmussen vowed to back the UK in the negotiations with the EU, and later said that he would do it out of “self-interest” as Denmark is likely to pursue a similar deal that the UK would be getting.

Speaking at a press conference with Cameron, Rasmussen reiterated that Denmark does not wish the UK leaving the 28 member bloc.

“We need a reasonable voice in the EU, which the UK is. We support the package which the UK has been offered. I support all the elements about access to welfare benefits,” he stated.

Cameron highlighted that he supports the principle of freemovement across borders and is grateful for the contribution that many migrants give to the UK when they arrive.

“But the challenge is the scale of this influx from Europe to Britain that has taken place over the past decade and the pressure this has put on public welfare. These are worries that we share,” Cameron added.