The European Medicines Authority (EMA), a key player in the continent’s healthcare industry, will go to Amsterdam, which pipped the favourite Milan, and the European Banking Authority (EBA) will go to Paris, winner in the lucky dip over Dublin.

“It’s like losing a final on penalties,” Italy’s EU affairs minister Sandro Gozi told reporters, adding that it had left a “bitter taste in the mouth” for an EMA bid that was not behind at any stage. He rejected, however, talk of “betrayal” among any allies who had promised Milan support before the secret ballot.

The two EU agencies that are leaving London because of Brexit are crucial for the functioning of the bloc’s single market in the fields of medicines and banking.

The EMA, based since 1995 in London’s Canary Wharf business district, employs nearly 900 people and evaluates and supervises medicines for human and animal use. It helps national authorities authorise the sale of drugs across the EU’s single market, which currently comprises 28 countries and more than 500 million people.

Because it hosts delegations and regular functions for experts, it had 36,000 visitors in 2015, including 4,000 from outside the EU, who required 30,000 nights in hotels, in a boost for the local economy.

The outcome was welcomed by European pharmaceuticals bodies. The EMA had warned that many of its staff might quit, possibly disrupting healthcare in Europe, if governments had chosen a less attractive host city, notably in the ex-communist east.

In an interview with EURACTIV.com in July, the Dutch Minister for Health, Welfare and Sport Edith Schippers explained why Amsterdam would make an ideal candidate to host the EMA.

“Amsterdam is a very nice city to live in, “she said. “The economy is flourishing, we have a high-skilled multilingual workforce and of course, the Schiphol airport. It has the highest number of direct flight connections with the rest of the EU.”

She added that the existing Dutch agency would be able to take over from the London-based EMA and ensure a smooth transition. “In my opinion [this is] very important as the EU drug agency is not just an authority. It’s the authority which many patients across Europe are dependent on.”

The European Medicines Agency (EMA) is not a toy to be played with by politicians, Edith Schippers told EURACTIV.com. The decision on the agency’s relocation should be based on the European Commission’s assessment, she argues in an interview.

Slovakia, whose capital Bratislava was pipped into fourth place in the first round, abstained in protest at the failure of any eastern city to progress.

In all, 19 cities had bid for the prestige and economic boost that the arrival of the EMA’s 900 staff and many offices for international pharmaceuticals companies will bring.

Frankfurt, home to the European Central Bank and aiming to be the Union’s primary financial centre after Brexit, suffered a blow when it was badly beaten in the second round of EBA voting. 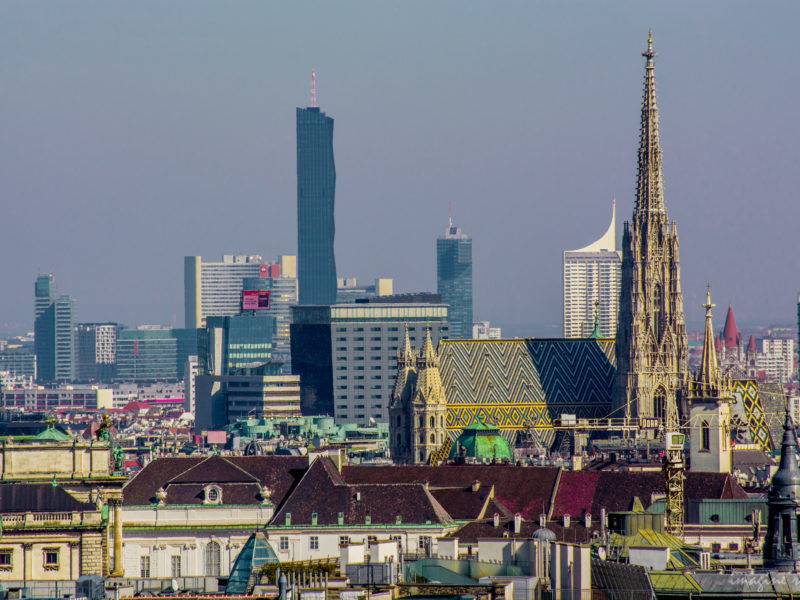 In a third round, Paris overhauled Dublin, which had been just one vote short of a second-round majority. With the scores in the runoff tied again by abstention, Paris won when the Estonian minister chairing the meeting again had to draw lots.

Eastern governments had emphasised that there are relatively few EU agencies located in the countries which joined the bloc only after the Cold War. But their hopes were dashed.

Despite fierce competition, the 27 EU states were keen to avoid any protracted and bruising dispute over the matter as they see preserving unity as essential in facing Brexit, the biggest setback in the post-World War Two history of European integration.

“Whatever the outcome, the real winner of today’s vote is EU27. Organized and getting ready for Brexit,” EU summit chair Donald Tusk tweeted ahead of the votes.

President of the European Federation of Pharmaceutical Industries and Associations (EFPIA) Dr. Stefan Oschmann said: “Now the decision has been made, all authorities and stakeholders need to collaborate to support the agency in making the move to Amsterdam. It is vital to ensure the continuity of the EMA’s critical functions, its ability to retain staff and access expert networks. EFPIA and its members are committed to supporting this process.”

John Brennan, Secretary General of EuropaBio, the European Association for Bioindustries, said: “Now that we have more clarity, it is vital that the relocation of the EMA will be carried out in such a way as to minimise as much as possible any disruptions that could negatively affect access to medicines for patients.”

Roxane Feller, AnimalhealthEurope secretary general, said: "We are confident that the Netherlands will take up the responsibility of host nation for the EMA with a much-deserved appreciation. We ask for a smooth transition period as the agency moves to Amsterdam, and for strong coordination with the UK regulatory authorities who have provided great leadership and expertise over the past years. Indeed, it is essential that workable solutions are put in place to encourage retention of expertise and to ensure minimum disruption to approvals of product developments and processing of authorisations."