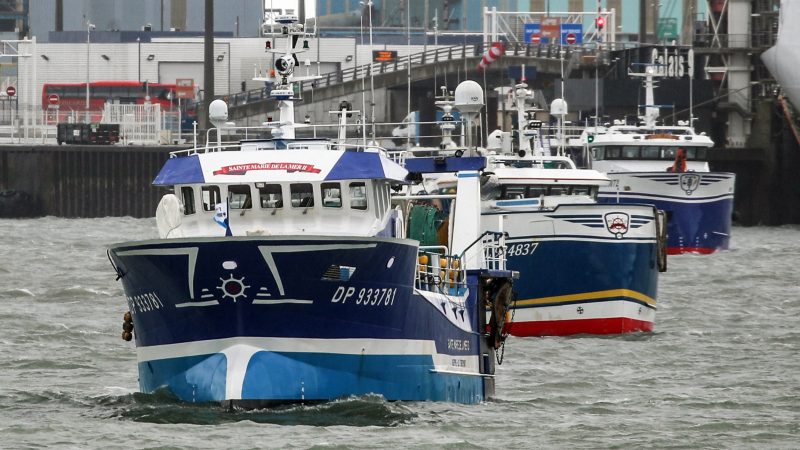 French fishing boats block the entrance of the Port of Calais starting a day of protests to mark anger over the issue of post-Brexit fishing licences, in Calais, France, 26 November 2021. [EPA-EFE/MOHAMMED BADRA]

Fishermen in northern France have threatened to disrupt British imports in a bid to increase pressure on London to grant them more licences for UK waters.

Britain agreed to issue another 23 licences to French fishermen on Saturday, a step aimed at easing tensions between the neighbours who have been at loggerheads over the issue for the last six months.

But France believes it is entitled to around 80 more UK licences and a group representing fishermen in the key port of Boulogne-sur-Mer and others along the northern coast said late Saturday that they would launch protests.

“Protests should be expected … protests that will target British imports,” the local CRPMEM fishing industry group for the Hauts-de-France region said in a statement sent to AFP.

The group said its members were “exasperated” by the news of only 23 new licences and felt “betrayed” by the European Commission, which could launch legal action against Britain over the issue.

The CRPMEM said the protests would be “in line with blockades of ports in Brittany, Normandy and the north of France which took place on November 26”.

Fishing boats briefly blocked ferries and other boats in Calais, Saint-Malo and Ouistreham on that day, while vehicles were also sent to disrupt traffic seeking to use the Channel Tunnel rail link.

France and Britain have clashed repeatedly this year over fishing as well as migrants crossing the Channel, post-Brexit trade arrangements and the sale of submarines to Australia.

London briefly deployed two gunboats in May when dozens of French trawlers massed off the Channel Island of Jersey to protest the licensing problems, prompting France to send two coastal patrol vessels.

“A number of vessels seeking access to waters have not yet received a licence,” the Commission statement added, saying that Brussels “will examine the legal circumstances around every requested license which has not been granted”. 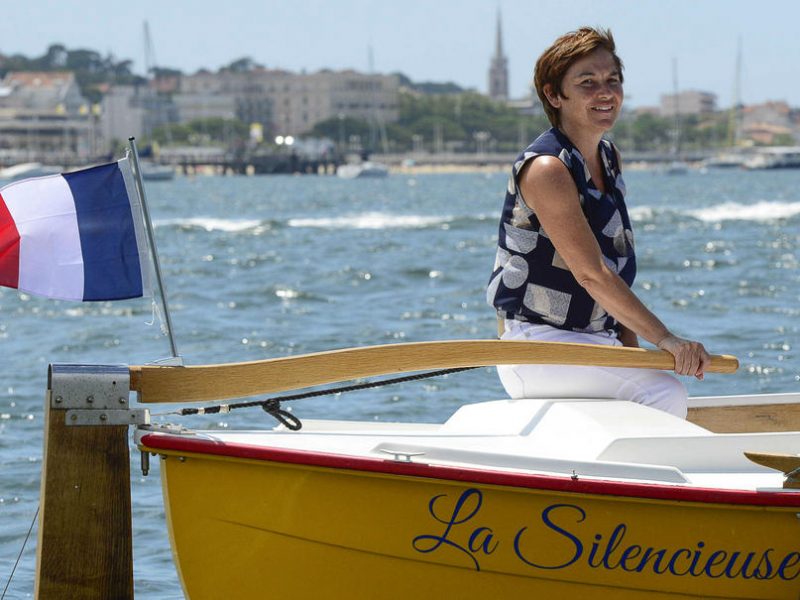 Maritime Minister Annick Girardin told fishermen during a trip to northern France that the executive will “not give up at all” in the dispute over fishing licences with the British government.