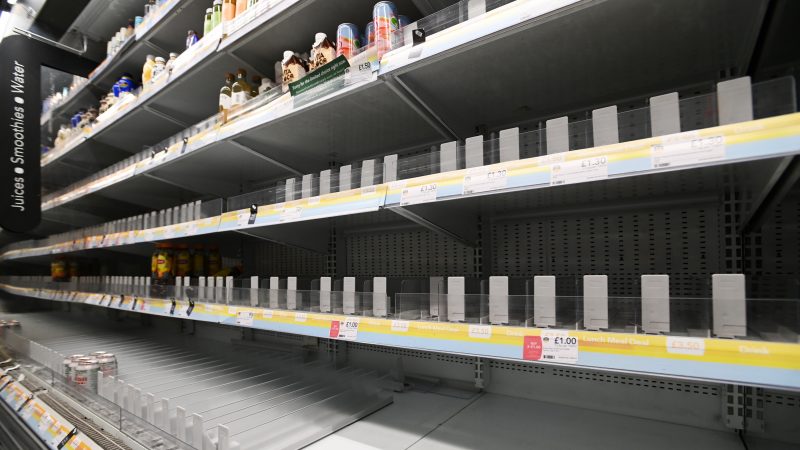 Bare shelves at a supermarket in central London, Britain, 26 August 2021. The shortage of lorry drivers has left supermarkets and restaurants short of produce across the UK. [EPA-EFE/ANDY RAIN]

A shortage of drivers, food manufacturing workers and hospitality staff has forced restaurants to scrap some dishes or close for part or all of the day, while gaps have appeared on supermarket shelves after deliveries failed to turn up.

In the most visible sign of the problems, McDonald’s pulled milkshakes and bottled drinks from its menu and fast food chain Nando’s shut around 50 sites last week due to staffing shortages in its chicken supply chain.

Now retailers and logistics groups are warning that the problem will get worse as they struggle to stockpile goods ahead of Christmas and operate a normal service.

“Government needs to take a sector view of the challenges and identify solutions that can have an impact quickly,” he said. “That could (also) mean being agile in the way we use our immigration system to bring in fixed-term visas for shortage occupations.”

Jobs website Indeed said the sectors facing the biggest shortages of candidates are offering the biggest pay increases, something the Bank of England is watching as it assesses whether longer-term inflation pressures are building in the economy, putting pressure on it to raise interest rates.

Between February and July, advertised pay grew by nearly 7% in construction, 6% in driving, 5% in manufacturing and 4% in food compared with a rise of 0.8% for all jobs, it said. 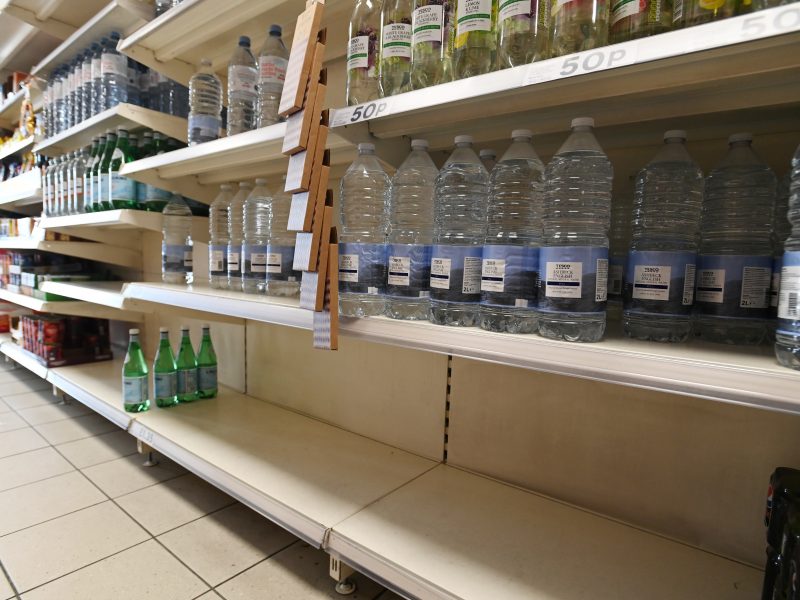 Britain’s supermarkets, wholesalers and hauliers were struggling on Thursday (22 July) to ensure stable food and fuel supplies after an official health app told hundreds of thousands of workers to isolate after contact with someone with COVID-19.

Bosses have said the causes are both global and local. A worldwide shortage of semi-conductors has hit sectors such as manufacturing badly.

But Britain’s strict rules on self-isolation for people who came into contact with someone with COVID-19 – which were relaxed earlier this month – and an exodus of European staff due to the pandemic and Britain’s departure from the European Union have compounded the problem.

In logistics, new truck drivers have struggled to train during the pandemic and the industry estimates that around 25,000 EU drivers have left Britain since the end of last year.

Finance minister Rishi Sunak has refused to yield to calls for a relaxation of post-Brexit rules for EU workers. The finance ministry thinks higher pay will lead to workers moving into sectors where labour is most scarce after the pandemic.

Some food retailers have already narrowed their ranges and cut bulky lines such as bottled water, which takes up space on trucks and offers only low margins in return.

John Allan, the chairman of Britain’s biggest retailer Tesco , said on Wednesday there might be some shortages at Christmas as the industry struggles to stock goods now.

“At the moment we’re running very hard just to keep on top of the existing demand and there isn’t the capacity to build stocks that we would like to see,” he told the BBC.

Richard Walker, the managing director of supermarket chain Iceland, said up to 40 deliveries a day were being cancelled.

The failings are being felt in the broader economy: its post-lockdown rebound slowed sharply in August due in large part to unprecedented shortages of staff and materials.

A quarterly survey published by the CBI on Thursday said reports of labour shortages in the services sector had now risen to their highest level on record.

A government spokesperson said Britain had a resilient food chain and it was working with industry to help retrain workers. 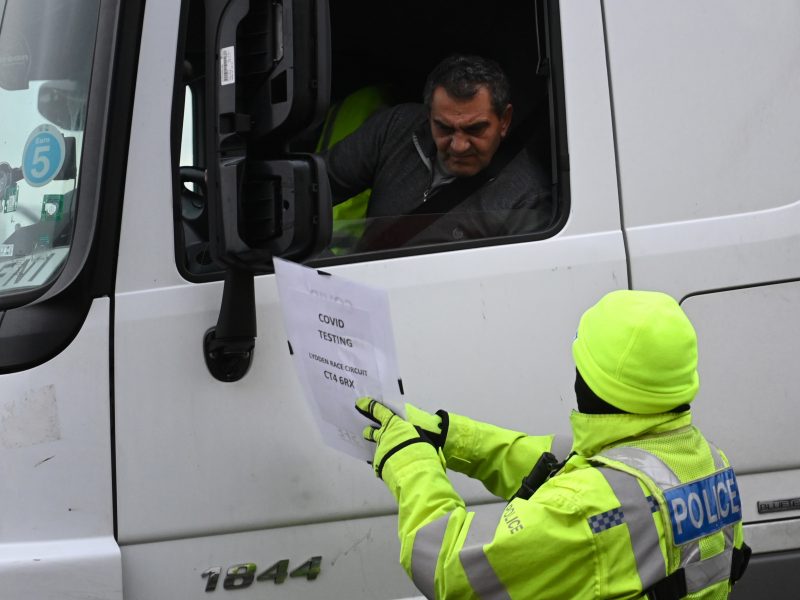 Britain could face food shortages due to lorry driver crisis

Britain could face gaps on supermarket shelves this summer because of a shortage of more than 100,000 heavy goods vehicle (HGV) drivers, caused by a combination of fallout from the COVID-19 pandemic and Brexit, industry leaders have warned.