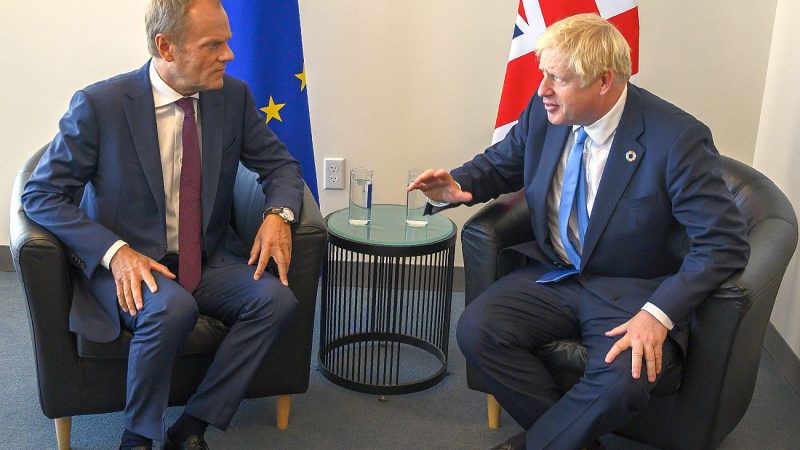 “Discussions have been difficult but we have delivered,” he said. However, another major hurdle needs to be cleared, as Johnson currently appears unlikely to have enough votes to pass the deal in the UK parliament, with the Democratic Unionist Party still opposed.

At the heart of the new agreement is a new protocol on Northern Ireland under which the province will remain aligned to single market rules on goods with applicable tariffs to take place at the point of entry into NI, and UK authorities in charge of applying the EU’s customs code.

UK authorities can apply tariffs to third-country goods, so long as the goods are not at risk of entering the single market

The arrangement will require the support of the Northern Ireland assembly in 2025. The assembly will vote, with a simple majority required, on whether or not to retain the EU rules.

The other significant change is to the Political Declaration which accompanies the Withdrawal Agreement. Boris Johnson’s government has insisted that a free trade agreement should be at the heart of future EU-UK relations. That means that any reference to other options, including a customs territory, has been discarded.

“We finally have a fair and reasonable basis for an orderly withdrawal – we hope that as of the 1st November we can work on a new relationship,” said Barnier.

“There should be no surprises here. Much of the final text can be found in the agreement that was put forward almost a year ago,” he said.

Barnier described the pact as “a fair and reasonable result” but was cautious on the timing of ratification in the UK. He also batted away questions on what would happen if UK lawmakers voted against the deal, remarking that “we have some experience in this matter”.

He said that during a phone call with Commission President Jean-Claude Juncker this morning, Johnson had expressed confidence that he could get the deal through the House of Commons.

Johnson’s spokesman told reporters that the government will publish legal advice on the deal on Thursday afternoon and expects UK MPs to vote on the text at an emergency sitting on Saturday.

*For more details on the Brexit deal, check out our Liveblog of the EU summit, which will be updated regularly with all the latest developments.