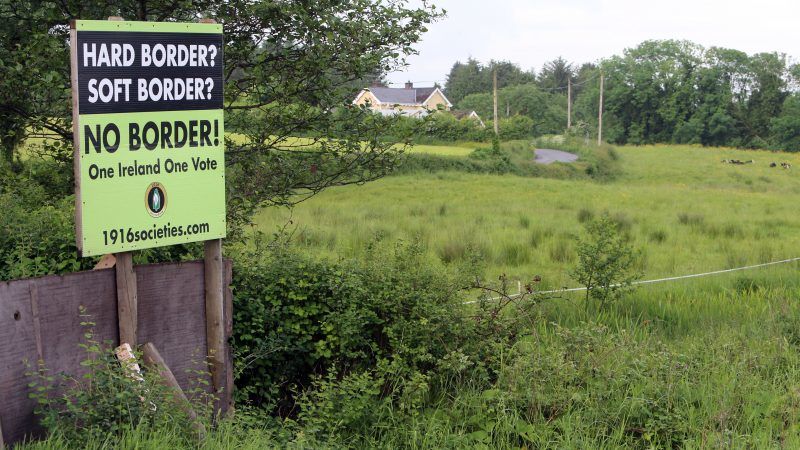 “Today marks a step forward in these negotiations — we have agreed a number of separation issues and the UK has engaged on others,” the EU’s chief Brexit negotiator Michel Barnier said on Twitter.

Today marks a step forward in these negotiations – we have agreed a number of separation issues and the #UK has engaged on others. But we are not there yet: serious divergences remain on the backstop for NI/IE. More work clearly needed: https://t.co/w3Vw39w8Nr #Brexit

“But we are not there yet: serious divergences remain on the backstop for (Northern Ireland and the Irish Republic). More work clearly needed.”

Negotiators have struggled to find a solution acceptable to both sides which want to avoid a “hard border” after Britain’s departure from the European Union.

In London the ministry in charge of Brexit was more optimistic, with a spokesman saying in a statement that overall the two sides had reached agreement on a vast majority of topics.

The future of the border between EU member Ireland and Northern Ireland after Brexit is one of the most hotly contested issues in the negotiations, with many on both sides of the border wanting to keep the current free-flowing frontier open.

The two sides met Tuesday in Brussels without their chief negotiators Barnier and his British counterpart David Davis.

“We have advanced on some separation issues for which European businesses need certainty, such as customs, VAT, Euratom and certificates for goods,” Barnier said in a statement accompanying a joint declaration from Brussels and London.

The joint text reports on “further progress” since 19 March when Britain and the other 27 EU nations agreed on a large part of the withdrawal treaty.

It comes just over a week before the 28-29 June EU summit at which Barnier will present the state of play in Brexit negotiations to the assembled heads of state and government.

The EU hopes a final version of the withdrawal agreement, together with a political declaration on the future relationship between London and the EU, can be approved by October so that it can be ratified by the Brexit deadline of the end of March 2019.