EURACTIV asked today (25 November) the Commission chief spokesperson for a debrief following Barnier’s visits to several EU capitals. Barnier, the French politician who will lead EU negotiations with London on Britain’s exit from the EU, had announced plans to tour member states once he took office on 1 October. He was in Portugal and Italy this week. 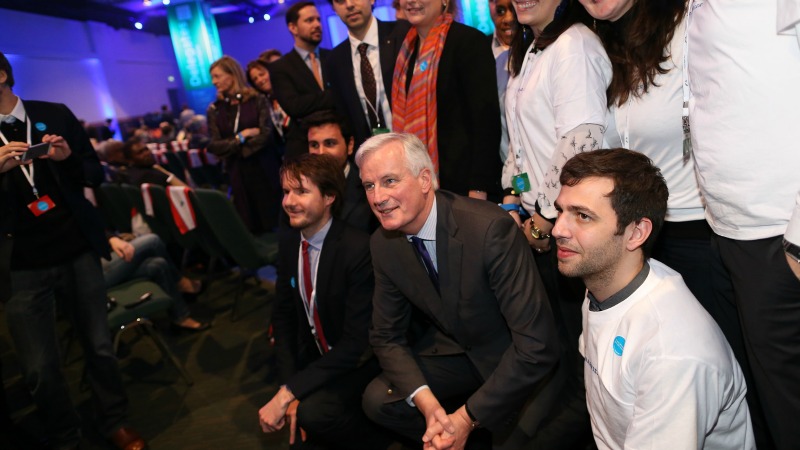 Michel Barnier, the French politician who will lead EU negotiations with London on Britain’s exit from the European Union, plans to tour member states once he takes office on 1 October, EU sources said yesterday (20 September).

Apparently, Barnier’s ambition is to forge a united position among the 27 for when Britain actually triggers Article 50. The French politician already visited London on 21 November, where he met Brexit Secretary David Davis.

Following this meeting, the UK press reported that the EU intends to debate “pending issues”, such as contributions to the EU budget and border agreements, together with a transitional deal, before approaching the third stage of a long-term trade relationship or “association agreement” between the UK and the EU.

Schinas said Barnier visited most of EU capitals, but not all of them. He added that next week he will on Thursday be in Athens and on Friday in Nicosia.

On 29 November, Barnier will chair a half-day technical seminar with member states, the European Parliament and the Secretariat of the Council of the EU, on Article 50 negotiations with the UK. This is the first meeting of its kind, Shinas said.

Summits with and without Theresa May

Sources told EURACTIV that Barnier would raise the issue of the future format of Brexit talks, which would take place not only at the level of heads of state and government, but also at the level of European Affairs ministers (General Affairs Council format) and at expert level.

A decision of the future formats should be expected from the 15-16 December summit, where leaders will meet both in the format of 28, with UK Prime Minister Theresa May, as well as without her.

Another issue to be discussed is reportedly the role of the Commission and of the Council in the talks, a subject already tackled at Sherpa level.

After Article 50 is triggered, the UK prime minister will still be a full member of the European Council, but the 27 heads of state and government would be able to officially meet as 27, to discuss Brexit-related issues only.

The only occasion so far when the leaders have met as 27 after the 23 June referendum was the 16 September Bratislava summit, which was “unofficial”. Although leaders met in the Slovak capital with the intention to discuss the EU future after the UK leaves, the impression from the final presser was that they actually discussed Brexit.

One response to “Barnier steps up Brexit talk preparations”