The EU’s chief Brexit negotiator Michel Barnier warned the UK on Wednesday (12 July) it must honour all its outstanding bills before discussing any future relationship with the Union, urging London to make faster progress in the divorce talks.

Barnier spoke to journalists ahead of new negotiating rounds the EU and Britain are set to hold next week and in August. He voiced hope that progress would be made in the next rounds, following a disappointing start to the talks.

“The sooner we have the clarifications, the better… We are ready,” the former Commissioner insisted.

Barnier said the proposal on citizens rights put forward by the UK, the first of the issues under discussion, did not satisfy the EU’s demand to ensure that its citizens enjoy the same rights as Brits living in the Union.

“Today it is not the case because they impose restrictions, for example in family reunification,” he argued.

He also reiterated the EU’s demand that the EU Court of Justice remain the “ultimate guarantee” to protect citizen rights.

Besides the EU judges, Barnier explained that a “joint committee” could address issues not related to EU law.

No whistle, clock is ticking

The Frenchman was particularly strict with Britain’s obligation to pay the money it owes to the EU coffers.

London is looking with disdain at the EU’s demand to cover its outstanding bills. According to some estimates, they could amount to as much as €100 billion, including money for French farmers and for large infrastructure projects in Eastern Europe.

The day before, British Foreign Secretary Boris Johnson told the House of Commons that the EU institutions could “go whistle” if they expected Britain to pay that amount.

“I am not hearing any whistling, only the clock ticking,” Barnier responded today.

He stressed that the issue of the financial settlement is of “major importance” as it will create the basis needed to negotiate the future relationship.

He explained that honouring these commitments is a question of “trust”.

Otherwise, “how would you build a relationship with a country you don’t trust?”, he wondered.

“I am saying from the bottom of my heart that I want to build this new relationship,” he added.

Given the great level of uncertainty, the EU chief negotiator admitted that he could not imagine the future relationship both sides could agree on.

But he hoped that they would find an “intelligent solution”, at least when it comes to the principles of reciprocity (same rights across the Channel) and protecting the citizen rights.

With regards to Ireland, he announced that his deputy would start the political dialogue with the Irish government on Monday (17 July).

He wants to reach a joint position with Dublin on sensitive issues such as flying rights with the UK and protecting “all dimensions” of the Good Friday peace agreement, before Brussels and London start discussing “technical and technological solutions” to implement them, including aspects related to a possible ‘soft’ land border.

Barnier also confirmed that his team would look at other aspects so far absent from the negotiating table. One of them is the relocation of the London-based EU patent court, a body that has a significant economic and symbolic value.

It took more than three decades to finally seal a deal on the EU patent.

“We will look at all the [EU] infrastructures” based in the UK, including the court. It will have to leave “mechanically” once Britain exits the EU in March 2019, Barnier said.

The former French Commissioner also justified the departure of British national experts embedded in the Commission as a result of the difficult negotiations.

“Quite frankly, very calmly, the decision to leave the EU has many consequences, human and social consequences,” he said. 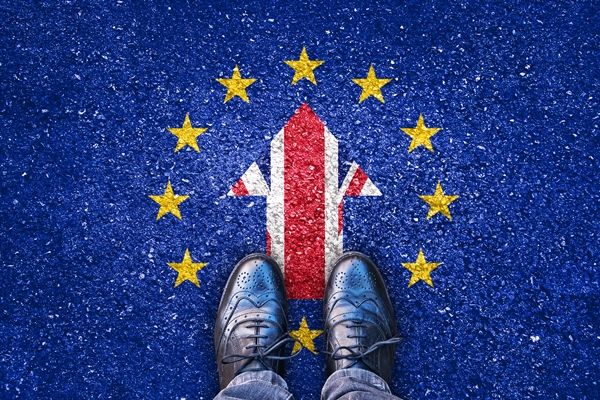 UK hits back at EU over national expert layoffs

The UK will retain all the rights and obligations of an EU member state until it leaves the Union and this includes national experts who work in the European Commission, a spokesperson from her majesty’s government told EURACTIV.com.

Barnier will receive today a delegation of the House of Lords. Tomorrow he will meet with  Labour leader Jeremy Corbyn and with the first ministers of Scotland and Wales.