Barnier, who will spend Monday and Tuesday on either side of the Irish divide, reiterated that the EU will not conclude an agreement with Britain until it details how there will be no post-Brexit return to a hard border.

“In case there is any doubt whatsoever about our commitment to this, let me be crystal clear: we will not conclude the withdrawal agreement with the UK unless we have such a solution included in the text,” he wrote in an article for Ireland’s Sunday Independent.

“We will not sign any agreement with the UK unless we — together with the Irish government — are satisfied with the solution found for Ireland.”

EU leaders will assess the thorny question of how to avoid border checks between British-ruled Northern Ireland and the Republic of Ireland, an EU member state, at a summit in June.

The Brief, powered by Eni – You Brexit, you fix it

The talking points of the day are some cheeky sentences in the minutes of the College of Commissioners’ meeting, published yesterday, and today’s presser by chief EU Brexit negotiator Michel Barnier.

Britain is set to leave the bloc at the end of March 2019.

All sides have vowed to avoid the return of customs checks to the former flashpoint divide, but London has yet to offer solutions accepted by the Europeans.

It has not even signed up to the June deadline, with Brexit Secretary David Davis last week claiming it was an “artificial deadline” in ongoing negotiations.

Barnier called on Britain to give details now.

“It wants full regulatory autonomy and an independent trade policy, but at the same time it does not want a border on the island of Ireland,” he added.

“The time has now come to resolve the contradictions.

“Brexit created a specific problem in Ireland, so it is the UK’s responsibility to also come forward with workable solutions.”

The EU and Britain have agreed a “backstop” that Northern Ireland would remain part of the EU’s customs union in the absence of a final deal governing future trade.

But that is vehemently opposed by pro-Brexit politicians in Prime Minister Theresa May’s own Conservative Party and Northern Ireland’s Democratic Unionist Party which props up her minority government. 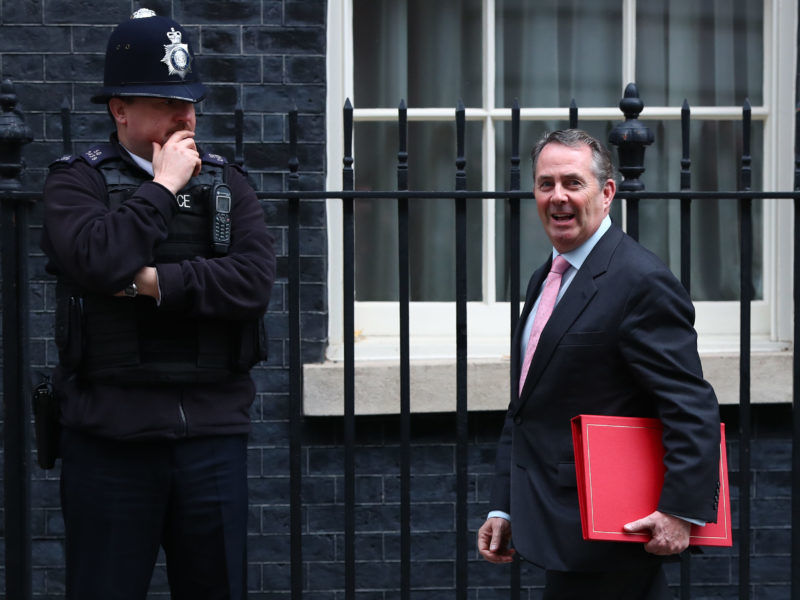 Britain will not resolve the question of the Irish border after Brexit until it has also agreed the outline of a trade deal with the European Union, the country’s International Trade Minister Liam Fox said on Sunday (26 November).