David Davis said accusations there had not been noticeable progress in Brexit talks made the EU look "silly". [European Commission]

A leaked letter from Brexit Secretary David Davis to Prime Minister Theresa May published by the Financial Times on Tuesday (9 January) contended that the EU was discriminating against the UK and damaging its businesses by preparing for ‘no-deal’ when Article 50 talks formally conclude in March 2019.

The letter, sent in December, accused the Commission and EU agencies of having “adopted a number of measures that put contracts and agreements at risk of being terminated in the event of a ‘no deal’ scenario”. These would “require UK companies to relocate to another EU country”.

Davis added that although his department’s legal team had “low” chance of succeeding with a legal challenge against the Commission, “we cannot let these actions go unchallenged”.

The EU and its institutions should take account of the Joint Report agreement by EU and UK governments in December, which included a commitment to a transition period during which the UK would retain access to the single market, the Davis letter argued.

Addressing reporters on Tuesday (9 January), European Commission spokesman Margaritis Schinas denied that the Commission was discriminating against the UK. 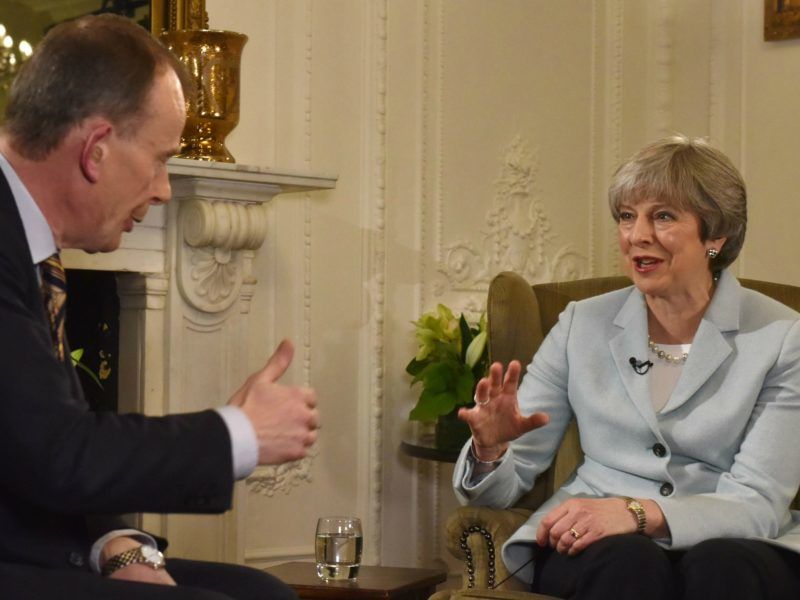 May to appoint a ‘no deal’ Brexit minister in cabinet reshuffle

British Prime Minister Theresa May said yesterday (7 January) she would announce changes to her ministerial team soon, with media reports saying her foreign, finance, interior and Brexit ministers would keep their jobs in a reshuffle starting today.

Schinas also pointed to Theresa May’s Lancaster House and Florence speeches last year, in which the UK prime minister had stated that “no deal for Britain is better than a bad deal”

“We take these words very seriously. It is therefore only natural that we prepare for every eventuality,” he added.

Leaders of the main business lobby groups have repeatedly expressed concern about the impact of a ‘cliff edge’ effect if the UK leaves the single market without a successor trade deal.

“A no-deal Brexit would leave countless people, businesses, traders, universities and service providers in limbo, harm our economies and be very costly to public exchequers. It is in the interests of no-one,” Richard Corbett, leader of the Labour MEPs, told EURACTIV.

“But given that some UK ministers and ultra-Brexiters are advocating it for ideological reasons, it is reasonable for the EU to plan for such an eventuality, just in case. The professed surprise and objections by David Davis and other Brexiters only show their hypocrisy.”

“Business uncertainty has been created because of the UK government’s decision to leave the single market, not because of EU contingency planning,” added Liberal MEP Guy Verhofstadt, who leads the European Parliament’s negotiating team on Brexit.

One response to “Bemused Commission defends planning for ‘no deal’ Brexit”