By Almudena Domenech and Viviana García | EURACTIV with efe-epa 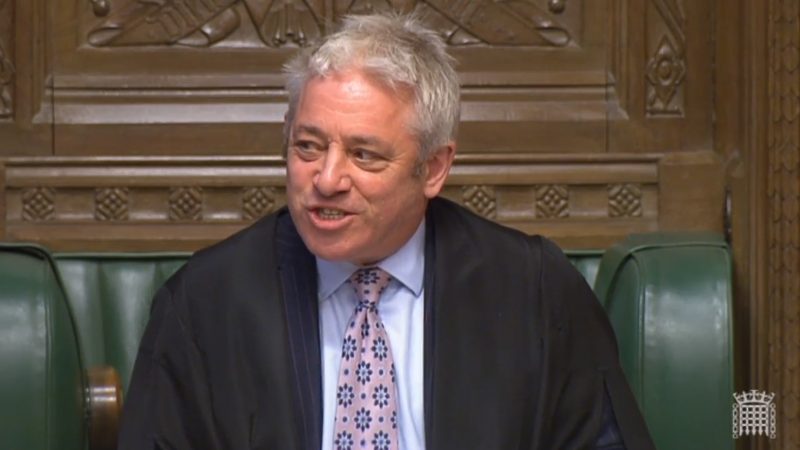 The speaker of the UK’s House of Commons, who has attracted attention across the globe for his loud calls bringing lawmakers to order, says his country does not face a constitutional crisis but rather a political challenge when it comes to tackling the Brexit deadlock. EURACTIV’s partner efe-epa reports.

John Bercow spoke with Efe about his role as ‘referee’ in the Commons at a time when the nation is in the throes of a crisis, with Prime Minister Theresa May having managed to secure another extension to the deadline for her country to leave the European Union: October 31.

Known for sporting colourful neckties and shouting “order” to stop lawmakers from talking over the top of each other, Bercow said he does not like the term “constitutional crisis” because parliament has not been able to pass the deal etched out between London and Brussels.

“At this moment, the government has not been able to secure the agreement of the House for its proposal. Is this a constitutional crisis? No, I would like to call it a political challenge,” he said. 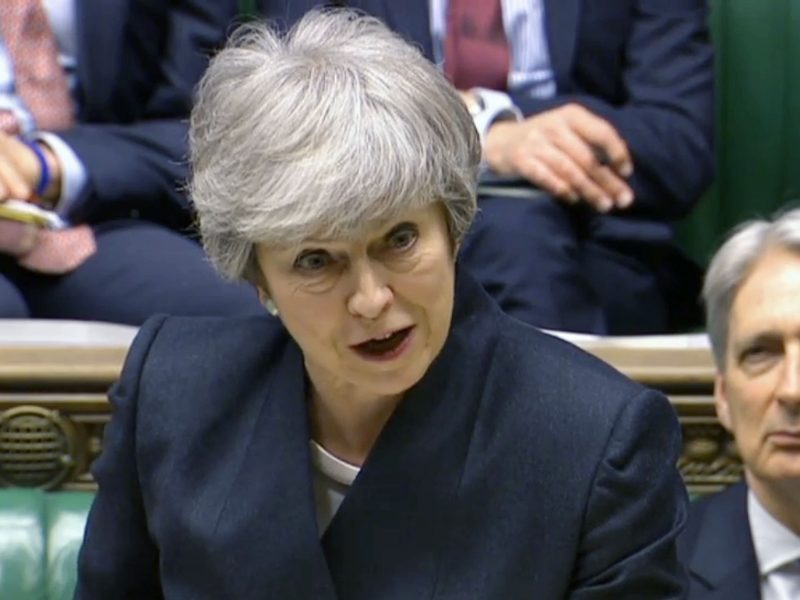 The Speaker, who has been criticised for his alleged lack of partiality, defended his role as being completely independent of the opinions of the various politicians who walk the halls of Westminster.

“If they ask me if I’m impartial, yes, I am absolutely impartial between political parties, between people of different opinions,” he said.

Bercow compared his job as a moderator to that of a football referee or an umpire in cricket, making it clear that it is not up to him to decide whether or not there should be a Brexit.

His job is to “help the house to decide what it wants to decide,” he said.

“Moderate and chairing the chamber is the essence of the role of the speaker, decide who to call to debate, keeping the order, allow the debate to flow, select new clauses, amendments of legislation to be debated,” he added.

“A second part is that I love meeting and greeting people.”

But despite the general public’s weariness over the issue, the speed at which the Brexit process takes place depends on decisions made by the government and the EU, he said. His role within the House is to help it “reach a conclusion”.

Bercow, who has been speaker since 2009 and is the first to have been re-elected three times since World War II, said moderating a 14-hour debate on Brexit was among his proudest moments.

But it was when parliament voted in favour of same-sex marriage that moved him most.

“The House was passing a deeply humane and life-enhancing law,” he said. “It was not going to hurt anybody but it was going to bring a lot of happiness.”

He also harked back to his predecessors from the 14th and 15th centuries, a period in which seven speakers were beheaded.

“There may be people that think I am a suitable candidate for the death penalty, but it was abolished in 1965. I don’t think I am at risk of losing my head.”

House of Commons Speaker John Bercow has found fame in Europe, thanks to his starring role in Britain's #Brexit drama

Bercow reflected on his own political shift since his youth when he was on the hard-right of the Conservative Party, moving from the right towards the centre.

“If we look at the world, the free enterprises are the main source of wealth creation and improving the living standards than socialist economies, but equally a lot of the cultural battles around the world have been won by the progressive, centre, centre left forces.”

Addressing speculation in the British media that he is getting ready to leave his post in the summer, Bercow said he had not made a “final decision”.

“I have been Speaker for a long time so I am not proposing to leave now as we are in an important process,” he added.