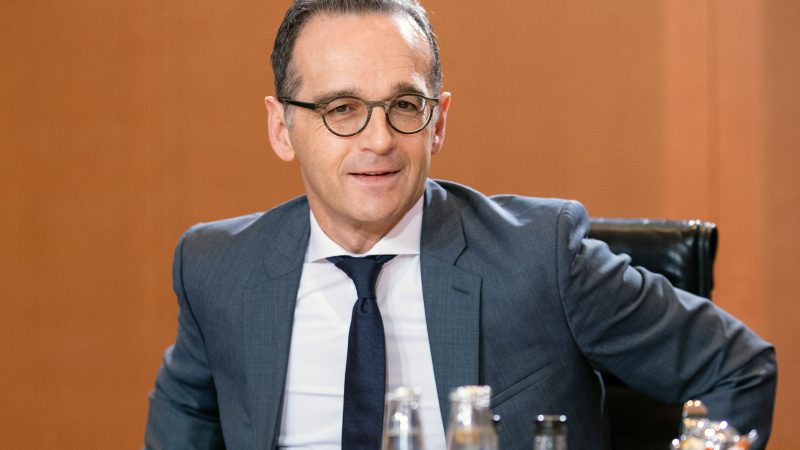 The European Union could hold new talks with London if the UK parliament rejects the Brexit agreement tonight, German Foreign Minister Heiko Maas said on Tuesday (15 January) but reiterated there was little hope of fundamentally changing the agreement.

“The agreement stands, as it is. I doubt very much that the agreement can be fundamentally reopened. If there were a better solution, it would already have been put forward,” Maas told reporters at the European Parliament.

He said he had not given up hope that UK Prime Minister Theresa May might win parliamentary backing for her withdrawal agreement, which would be a good way to avoid a disorderly departure of the EU’s second-biggest economy.

But Maas added: “If it goes wrong tonight, there could be further talks.”

EU leaders and the EU institutions have been remarkably united in ruling out significant changes to the withdrawal agreement.

Analysts and media widely expect May’s defeat in the so-called “meaningful vote” on her Brexit deal in parliament, potentially leaving Britain in limbo about the biggest political and economic change for the country in decades. The main question the vote is expected to answer is the scale of May’s loss.

In that context, a statement from such an influential EU member about the possibility of further talks, delivered before the vote, only reduces May’s chances of pushing the deal through this time.

The result could be a heavier defeat, undermining her chance to ask Brussels for more concessions before possibly attempting to get the plan through parliament in another vote.

A humiliating outcome in the House of Commons could pressure May to delay Britain’s scheduled 29 March departure from the EU and potentially open up other options, ranging from asking for extra time to holding a second referendum, or leaving the EU with no deal.

Britain’s Sun newspaper wrote on Tuesday that German Chancellor Angela Merkel had given May assurances that the EU could amend the deal if the British parliament rejected it. Merkel’s spokesperson denied the report. But in the light of Maas’ statements, the Sun’s scoop seems more credible.

The Sun says Merkel has offered to help May. pic.twitter.com/dPtCl5ycBx

Another German politician, Manfred Weber, who is the centre-right lead candidate for the European elections, told a German weekly political talk show on Monday that the “political elites in Britain” had failed to properly address the challenges Brexit poses. Moreover, he suggested that there are too few ideas from London for future relations with the EU

The real question, Weber said, is what the long-term relationship between the EU and Britain will look like. The British could choose “from a toolbox of applications”, but that would not equal a full membership, he stressed.

According to him, however, neither the British government nor the House of Commons had any perspective on what that relationship might look like.

Asked if he wished to see a second referendum on Brexit, as demanded by Katarina Barley, the German lead candidate of the British-backed SPD, Weber said it was up to the British but added: “If you want to change your mind and still want to stay, you are welcome in the European family.”

“Either way, it is great damage for us all,” he said.

In contrast with Germany, France made it clear it wants the Brexit deal to be approved by the UK parliament.

“We would hope that the vote tomorrow is a favourable one”, an official at President Emmanuel Macron’s Élysée department said on Monday.

Asked if France would support an extension to the official deadline for Article 50 – regarding the timetable for Brexit – the official replied: “We would hope that the vote tomorrow is a favourable one.”

“Afterwards, if that is not the case, it will be up to the United Kingdom to make a certain number of demands and proposals to the European Union,” added the official.

(Florence Schulz and Alexandra Brzozowski contributed to this article)