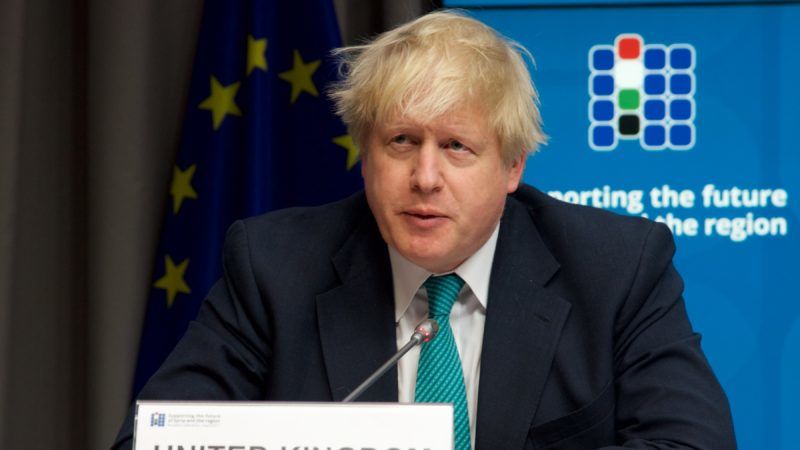 British Foreign Secretary Boris Johnson insists that the European Union could end up paying a Brexit bill to Britain instead of the other way round. He also warned that Brussels will “play dirty” in the negotiations.

Asked if he believed that Britain might end up receiving a payment, Johnson told the Daily Telegraph on Saturday (13 May): “I do, I think there are very good arguments”.

“There are assets that we share, that we have paid for over the years and there will need to be a proper computation of the value of those assets,” said Johnson, a former mayor of London.

Johnson dismissed as “absurd” the various estimates for the exit fee that would have to be paid by Britain, which some reports have said could be as high as €100 billion.

“They are going to try to bleed this country white with their bill,” he said, threatening that Britain could “definitely” walk away from the negotiations without paying anything.

The payments that London must make to settle financial commitments made when it was a member are considered one of the most difficult Brexit issues and are a top priority for the talks.

A report in the Telegraph earlier this week said British officials estimated that Britain was entitled to €10.6 billion in funds held by the European Investment Bank and €16.5 billion of other EU assets including property and cash.

“Brussels is ruthless in its negotiating techniques. They are going to play dirty. We have got to be very wary and intellectually very firm,” Johnson added.

Quoting the famous Eagles hit, he added: “Jean-Claude Juncker thinks it’s the Hotel California where you can check out but you can never leave. He is wrong.”

Tensions between Brussels and London have risen in the run-up to Britain’s general election on 8 June, with the government accusing EU officials of “meddling” in the election campaign.