By Benjamin Fox | EURACTIV.com with AFP

Chief Brexiteer Boris Johnson will attempt to heal divisions between Remain and Leave supporters. [Will Oliver/EPA]

British Foreign Secretary Boris Johnson will attempt to bridge the gap between UK Europhiles and those backing his own pro-Brexit stance, kick-starting a series of high-profile speeches by Theresa May’s ministers on leaving the EU.

Johnson was one of the figureheads of the ‘Vote Leave’ campaign which triumphed in the June 2016 referendum on the UK’s EU membership, and was the voice behind the controversial, but oft-repeated claim that leaving the EU would allow the UK to spend £350 million per week extra on its National Health Service.

But he will urge people to “reach out to those who still have anxieties” about leaving the bloc on Wednesday (14 February).

“It is not good enough to say to Remainers — you lost, get over it; because we must accept that many are actuated by entirely noble sentiments, a real sense of solidarity with our European neighbours and a desire for the UK to succeed,” he will say, according to extracts released by the foreign office.

Johnson will, however, also fall back on phrases often used by the pro-Brexit side, accusing some people of attempting to “frustrate the will of the people” and stop Britain leaving the EU.

“I believe that would be a disastrous mistake that would lead to permanent and ineradicable feelings of betrayal. We cannot and will not let it happen,” he will say. 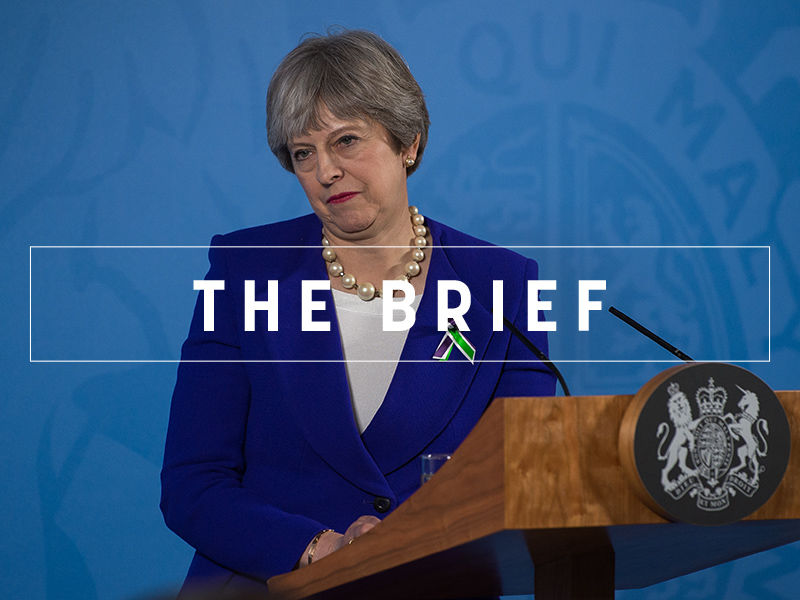 The Brief – Stand well back for the Brexit relaunch

Whitehall is not a cheerful place right now. Brexit overshadows every department. The collective sense is that Michel Barnier’s team have consistently outmanoeuvred David Davis and Theresa May, who drift without a plan.

The foreign minister’s intervention will be followed on Saturday by May, who will speak at a security conference in Munich.

Speeches by three other key cabinet ministers will follow over the next two weeks, after which May will make a second, detailed policy speech.

Brexit Secretary David Davis will discuss business standards, Cabinet Officer minister David Lidington will talk about devolution, while Trade Secretary Liam Fox will set out the UK’s future global trade deal strategy, according to May’s Downing Street office. The flurry of speeches marks an attempt by May’s team to re-claim the initiative in Brexit negotiations with the EU.

Cabinet Office minister David Lidington is expected to unveil new powers for the UK’s devolved governments this week, in a bid to break the deadlock between them and Theresa May’s government over an alleged ‘power grab’ by London through its Brexit legislation.

Johnson’s attempt to win over Remainers was described as “hypocrisy of the highest order” by opposition lawmaker Chuka Umunna.

“Boris Johnson is totally unqualified to preach about the perils of fear and betrayal when he engaged in disgraceful scaremongering,” during the referendum campaign, the lawmaker said in a statement issued by the pro-EU campaign group Open Britain.