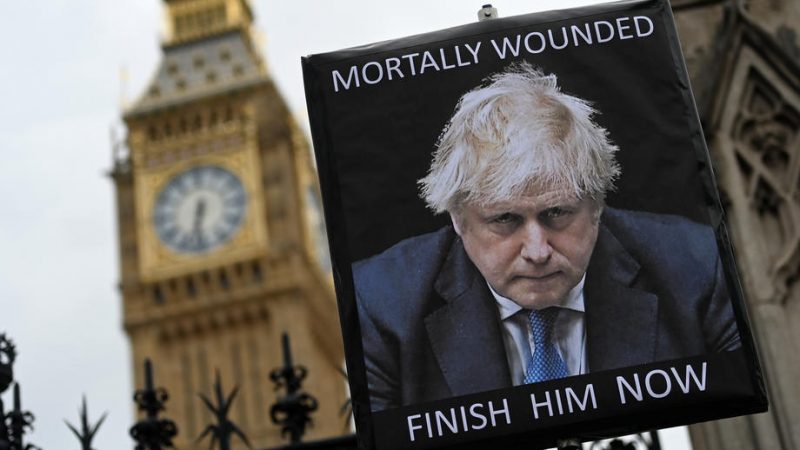 All politicians need luck and Boris Johnson — once described as a “greased piglet” for his uncanny powers of political escapology — has had more than most in his career.

That lucky streak of surviving crisis after crisis continued on Monday after he won a vote of confidence by his own Conservative colleagues, keeping him in power as party leader and UK prime minister.

But with some 40% of Tory MPs refusing to back him, his authority has been severely weakened.

Johnson won the vote 211 to 148, a worse showing than when lawmakers tried to oust his predecessor Theresa May, who won her vote but then resigned six months later.

The vote topped a tumultuous nearly three years in power for Johnson, dominated by the implementation of Brexit and the response to the coronavirus pandemic.

Few would have predicted such a direct challenge to his authority in December 2019, when he secured the biggest Tory parliamentary majority since the early 1980s heyday of Margaret Thatcher.

The landslide victory of 80 seats allowed him to unblock several years of political paralysis since the divisive 2016 Brexit vote, and take Britain out of the European Union just a month later.

The coronavirus pandemic derailed his domestic plans to tackle regional inequality. Johnson was even an early casualty, and had to be treated in hospital intensive care for Covid.

But his handling of the health crisis laid bare a chaotic governing style, which his embittered former chief adviser Dominic Cummings has likened to an out-of-control shopping trolley.

Critics accused Johnson of not taking the threat seriously enough in the early days, imposing lockdowns too late or lifting them too soon.

Normal checks and balances for procurement were thrown out of the window in the rush to respond: friends and associates of those in high places benefited from lucrative contracts. Money was wasted.

Johnson’s high-stakes gamble of an early move on vaccine development may have paid off.

But the failure at the heart of government to adhere to stringent pandemic rules that the rest of the country was expected to follow has left him fighting for his political life.

Months of revelations about the lockdown-breaking parties at Downing Street — and an unprecedented police fine — eventually proved too much for some party colleagues.

Inside, even the palace appeared to be trolling him, giving him a Bible reading to deliver on the virtues of truth and integrity.

At Eton in 1982, one of the young Johnson’s teachers wrote to his father to complain about his “disgracefully cavalier attitude” to his study of Greek and Latin.

“I think he honestly believes that it is churlish of us not to regard him as an exception, one who should be free of the network of obligation which binds everyone else,” he wrote, according to the biographer Andrew Gimson.

At Oxford, he was president of the Oxford Union, a backstabbing den of student politics where his cohort provided many leading Brexiteers.

At the Union, popularity and power depended on jokey self-deprecation and rhetorical ability rather than strongly held conviction and laser-sharp attention to detail.

After university, connections secured him a job at The Times newspaper but he was sacked after making up a quote from his godfather.

It failed to hinder his progress and he soon became Brussels correspondent for the Daily Telegraph.

From there, he tapped into the growing Tory Euroscepticism of the 1990s, feeding the party grassroots and MPs popular, if dubious, scoops about supposed EU plans for a federal mega-state.

Exasperated rivals charged with matching his questionable exclusives about the threats to British sovereignty described some of his tales as “complete bollocks”.

Brussels — and satirical television quiz show appearances — gave Johnson a high profile. He entered politics in 2004 but was sacked from the Conservative front bench for lying about an extra-marital affair.

He turned his attention to London, serving two terms as mayor from 2008, including during the 2012 London Olympics, where he notably got stuck on a zipwire.

By the time of the EU referendum in 2016, he was again an MP, but abandoned the pro-EU stance he took in more liberal London.

Sensing a chance for power, Johnson backed the “leave” campaign and became its most famous figurehead.

Such ruthless opportunism should not have come as a surprise.

His former boss at the Telegraph, Max Hastings, acknowledged Johnson was a witty raconteur but said he was “unfit for national office because it seems he cares for no interest save his own fame and gratification”.

The “leave” campaign’s success was largely down to Johnson’s relentlessly upbeat boosterism, appealing to emotions about issues such as immigration rather than fact.

In power, Johnson — a thrice-married father of at least seven children — has found delivering on his promises more difficult than making them, not least on Brexit, where the “sunlit uplands” are still over the horizon.

Yet for months he has refused to believe the writing is on the wall, instead urging his angry parliamentary colleagues and the public to “move on”.