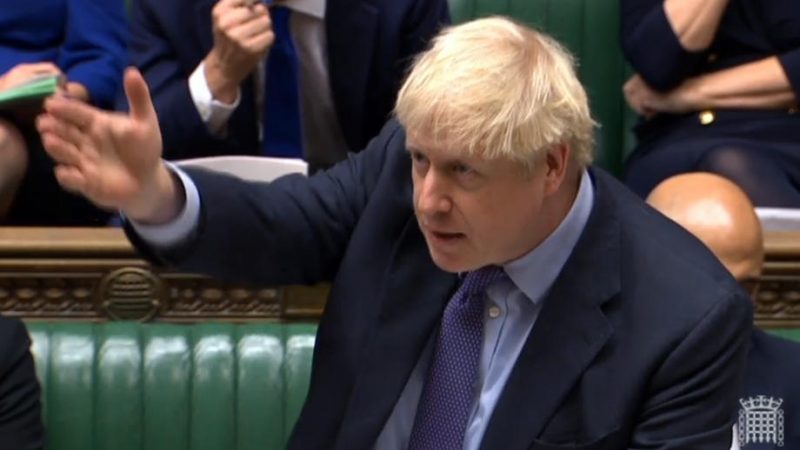 The UK government will shelve its Brexit bill and attempt to secure a general election, should MPs fail to support the planned timetable and the EU agrees to an extension period for the UK’s withdrawal from the EU, Prime Minister Boris Johnson has said.

MPs are due to vote this evening on the timetable for adopting Johnson’s withdrawal agreement bill, which was published on Monday evening. Johnson is seeking to get it through parliament before the 31 October deadline.

However, the BBC reports that should MPs reject the bill and the EU grants the UK an extension, the government will abandon its plans to put the Brexit bill to the vote.

And the signs do not look promising for Johnson. Last night, MPs reacted angrily after being informed that they may have just three days to scrutinise Johnson’s Withdrawal Agreement.

Commons leader Jacob Rees-Mogg said on Monday (21 October) that the second reading of the Withdrawal Bill will take place at 7 pm on Tuesday, on which day the draft law will also be opened to amendments from MPs before completing its passage through parliament on Thursday.

Opposition parties are expected to table amendments including the option of holding a second referendum and keeping the UK inside the EU’s customs union.

“At every stage, the government has been running scared of this House and democracy, and it is now attempting to force through a flawed Brexit deal which sells out people’s jobs, rights and our communities,” Shadow Commons Leader Valerie Vaz said.

The longest-serving Tory of the house, Ken Clarke, said that although he would be backing the bill, he believes that MPs should have more time to examine it.

The rush to pass the legislation comes after Commons Speaker John Bercow put a thorn in Johnson’s plans by blocking a vote on the prime minister’s motion for a Brexit deal on Monday.

While MPs are under pressure to pass the legislation by Thursday, the bill will then proceed to the House of Lords, where peers are likely to sit over the weekend to examine the legislation in order to meet the tight deadline.