Brexit: Cameron and EU agree to disagree until February 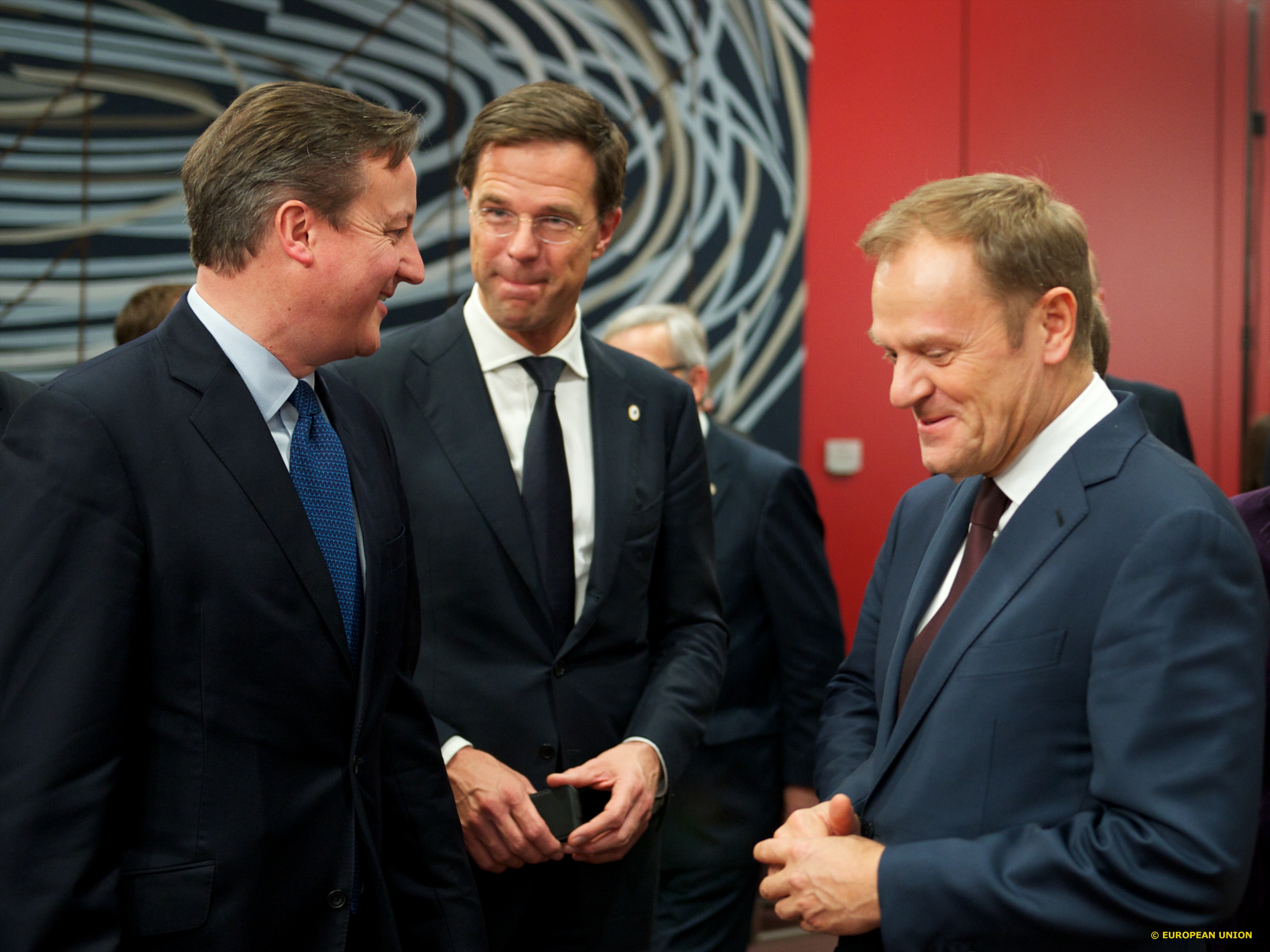 David Cameron gave the 27 other EU leaders a 40-minute speech on the case for a UK’s renegotiation of its membership on Thursday night (17 December) – but walked away from the first night of the summit empty-handed.

Cameron promised on arrival to “battle for Britain right through the night” – in fact, the first day of the two-day summit broke up shortly before midnight.

After some initial confusion as to whether Cameron would even hold a press conference, the UK prime minister appeared before the media to put a positive gloss on the lack of agreement.

“The good news is that there’s a pathway to agreement,” Cameron said, declaring the 28 leaders had made “good progress” at the talks.

But the European Council President Donald Tusk – chairing the discussions – starkly warned the British PM that the rest of the EU had “red lines” (traditionally a British diplomatic phrase in EU negotiations) – namely non-discrimination and freedom of movement – that also were sacrosanct.

That referred to the key stumbling block – London’s proposal to ban EU migrants from claiming in-work benefits for four years.

During the course of the evening several sources told EURACTIV that foreign leaders were keen to allow Cameron credit to claim something from the eventually fruitless discussions.

Speaking to the press just after midnight, Tusk said other leaders had “voice their concerns” to Cameron, and said the British PM was “open to alternative solutions”, but “only if they could achieve the same objective.”

That was echoed by German Chancellor Angela Merkel, and French President François Hollande.

Tusk announced he would table a “concrete text” to all leaders ahead of the February summit of EU leaders – which now looks like being the defining event in the current stalemate.

Merkel – the key player in all EU discussions – told the press after the dinner that “with good will we can find solutions”, but added, “We made it clear that we are ready to compromise, but always on the basis that we safeguard the core European principles, which include non-discrimation and free movement.

She added, “Especially regarding the fourth pillar (on welfare benefits) it won’t be easy but I still think that with good will we can find good solutions.

Hollande added at least another two more qualifications – Britain’s concern to protect the sterling currency and the City of London against the majority bloc within the EU that use the single currency, and the question of treaty change.

“The most difficult questions are those regarding the eurozone and welfare benefits for EU workers,” Hollande told reporters about Cameron’s four demands.

“There can be adjustments, accomodation, but European rules and principles must be respected,” he said.

“It was a frank and open discussion,” he added.

But continuing his scepticism, Hollande – speaking through an interpreter – added: “But understand that countries outside cannot hinder the eurozone’s willingness to move forward, the UK cannot slow down further integrating the eurozone.”

Asked about treaty change, Hollande replied he was “not in favour now. In some years, maybe possible.”

And he continued, “Cameron needs to show to his public opinion that he get some adaptating measures, and Europeans also want to make things easier for the referendum while respecting EU law.

“We don’t want this to lead for other countries to reopen their relation with the EU. So we need to limit what can be done and not.

Tusk revealed that, “I didn’t want to sound too dramatic before the meeting but I do believe that tonight was a make-or-break moment.”

In fact, it looks like the next two months could decide the course of the negotiations, and with it Britain’s referendum on its place inside or outside of the EU, after 42 years of membership.

0 responses to “Brexit: Cameron and EU agree to disagree until February”