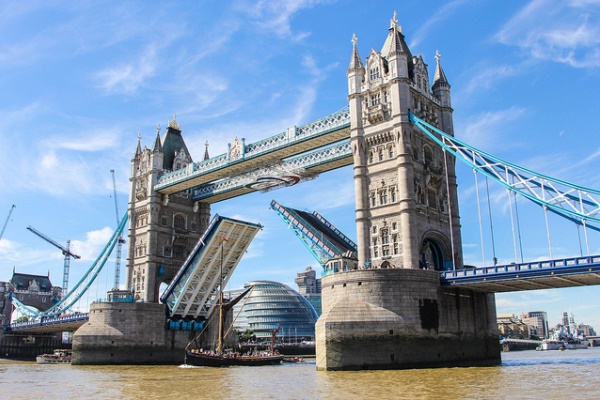 Leaving the EU could damage Britain’s economy, according to a major new report from a leading think tank.

According to an Open Europe report released on Monday (23 March), the worst case scenario for the UK would see the country leave the EU, and then fail to strike a free trade deal. In this scenario, GDP would be 2.2% lower by 2030 than if the UK had remained in the EU.

Conservative Prime Minister David Cameron has pledged to hold an in/out referendum on EU membership if he wins the general election on 7 May.

The report also lays out a best case scenario for the UK. The signing of a free trade deal with the EU followed by the aggressive pursuit of deregulation and opening up to global free trade could see GDP rise by 1.6%.

In the event of a Brexit, all EU laws would remain on the statue books until they were actively repealed. Although Open Europe estimates the cost of regulation to between 0.7 – 1.3% of GDP, current evidence suggests most laws would be kept in place.

According to Open Europe, a more likely scenario is between a 0.8% loss and a 0.6% gain.

“Brexit is unlikely to be the cataclysmic event some have claimed,” said Open Europe’s Chairman, Lord Leach of Fairford. “However, transforming Britain into the deregulated, free trading economy it would need to become outside the EU sounds easy in theory, but in practice could come up against some serious political resistance within the UK itself.”

Not least in the area of labour market liberalisation. The report claims in order for the UK to remain competitive outside the EU it would need to adopt liberal labour market policies.

With much of the Eurosceptic narrative focusing on the issue of immigration, it is unlikely such moves would prove politically popular.

Highlighting the difficulty and uncertainty of any exit, the report claims, “If the UK puts as much effort into reforming the EU as it would have to in order to make a success of Brexit, the UK and the EU would both be better off.”

The only established method for leaving the EU is under Article 50 of the Lisbon Treaty. The Article gives the EU full control over the timetable of any exit negotiations. It doesn’t provide any opportunity for the leaving member state to be involved in exit negotiations. Instead, two years after triggering the article they are presented with a ‘take it or leave it’ deal.

Speaking to Sky News today, Shadow Chancellor Ed Balls said that any potential referendum on EU membership would be a “disaster”.

“We are playing fast and loose with something very important – our standing in Europe,” said Balls.

Chancellor George Osborne told the same programme most voters agreed with his fellow Tories on the need for a renegotiation and referendum.

Lucy Thomas, of the pro-EU lobby group Business for New Europe said that the report showed the uncertainty surrounding any exit from the EU. “At worst, the UK could lose more each year than we currently spend on defence. At best, there could be some kind of free trade deal, but would still have to apply many EU rules, with no say over what they were.”

But Robert Oxley, from Business for Britain said: “This report makes clear that if Britain did ever vote to leave the EU, its economic future would be in its own hands, rather than simply being consumed by economic armageddon, as is too often predicted by the In-at-all-costs brigade. Those cherry picking the facts from the report are showing they are more interested in scaremongering than an actual debate about the facts of Britain’s EU future.”

David Cameron has promised to hold an in/out referendum on the UK's membership of the EU if he wins the general election on 7 May.

In the past, the Eurosceptic argument focused on the loss of sovereignty associated with EU membership.

In recent months, the case for Brexit has focused more on the burden EU legislation forces on British industry and the issue of immigration.

Eurosceptics, including the UK Independence Party - who want the UK to leave the EU - say the UK economy would benefit from being able to trade with the rest of the world in a way currently prohibited by EU membership. They also fear the large numbers of EU migrants entering the Uk have placed an unreasonable strain on public services.

Those in favour of membership argue there is no substitute to being a member of the world's biggest trading bloc, adding that Eu migrants are net contributors to the public purse.