A bilateral agreement between the EU and Switzerland foresees the possibility to restrict the free movement of workers on either side for a limited duration “in the event of serious economic or social difficulties”.

However, it has not been implemented since Switzerland reintroduced immigration quotas with the EU following a controversial referendum in 2014, in violation of a bilateral pact guaranteeing freedom of movement for EU workers.

“What we want is to concretise the bilateral accord we have with the EU,” said Roberto Balzaretti, the head of the Swiss mission to the EU in Brussels.

After months of tough negotiations, Berne and Brussels are still at loggerheads over how to implement the 2014 Swiss immigration referendum, while respecting previous agreements on freedom of movement.

A decision is being put on hold until 23 June, when Britain holds a referendum on whether to stay in the EU —with special status— or leave.

And the UK’s freshly negotiated “new settlement” with Europe is providing inspiration for Berne.

The Swiss agreement “strangely resembles the British solution,” said Balzaretti in reference to the February deal, which allows Britain to activate an “emergency break” when EU workers put the UK’s social security system under exceptional strain, or disrupt the labour market.

The Swiss ambassador was speaking at the Brussels Press Club on Monday (14 March) at a lunch event exploring the similarities between Great Britain and Switzerland when it comes to the free movement of persons in the EU.

“Why can’t we be treated like the UK, since the UK is a member state?” he asked, speaking in French.

Responding to a question from euractiv.com, the Swiss ambassador refused being drawn into a conversation about whether Britain would be better off inside or outside the EU.

“If you leave the boat, you have to find a new one in which to jump,” Balzaretti responded, comparing the situation of Norway, which observes EU law via its membership of the European Economic Area, and Switzerland, which opted for a piecemeal approach made up of a myriad of bilateral agreements.

He noted however that “the countries which have stayed in the EEA, like Norway, are not always happy” because they have to retake hundreds of EU legal acts every year without having a say in the decision-making process.

“British citizens will decide what is best for themselves. And we will have to respect that decision because this is how democracies work.”

Switzerland threatened yesterday (4 December) to impose unilateral curbs on immigration should it fail to agree with the European Union on limiting the influx into a country where nearly a quarter of the population is foreign.

In his initial introduction, Balzaretti did however underline that Switzerland was in a healthier economic situation than the EU.

“I don’t want to start a polemic but the two European countries that are generally doing the best are not members of the EU– it’s Norway and Switzerland”.

EU- Swiss trade is valued at around €1 billion daily, making Switzerland the EU’s third largest export market, behind the US and China. But cutting bilateral agreements with Europe would also cost dearly to Switzerland. A study commissioned by the Swiss government found exiting EU bilateral pacts could cut output by up to €580 billion by 2035, or as much as 7% of GDP.

“To be completely honest, this relationship is much more important for us than for the EU,” Balazaretti admitted. “For us, the EU market represents 55-60% of our exports whereas for the EU, Switzerland represents 8% of exports.”

Switzerland’s immigration policy is based on the free movement of people from the EU, and allowing a restricted number of non-EU citizens to enter the country.

However, the policy was thrown into doubt in February 2014 when Swiss voters narrowly backed proposals to reintroduce immigration quotas with the European Union.

In response, Brussels decided to postpone talks on Swiss participation in both the EU's €80-billion Horizon 2020 research programme and its €14.7-billion Erasmus+ educational exchange programme. 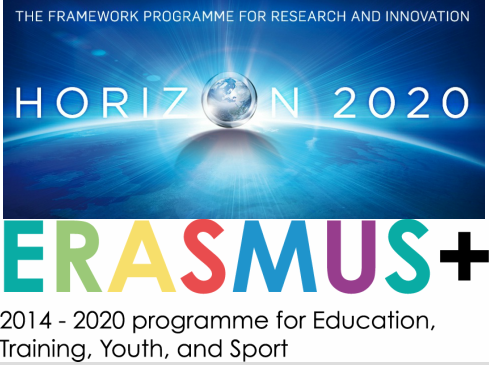 Since then, Berne and Brussels have been gridlocked over how to implement the Swiss referendum.

The bid to seal an agreement has been stalled by EU member Britain’s similar demand to limit immigration from within the EU, making it hard for the EU to offer a preferential deal for Switzerland before it has settled matters with Britain.

Swiss industry heavyweights such as drugmakers Roche and Novartis as well as banks UBS and Credit Suisse have traditionally looked outside the country for highly skilled and specialised staff. The Swiss business community has warned that re-imposing immigration quotas on EU citizens quotas would call the country's bilateral agreements with the bloc into question.