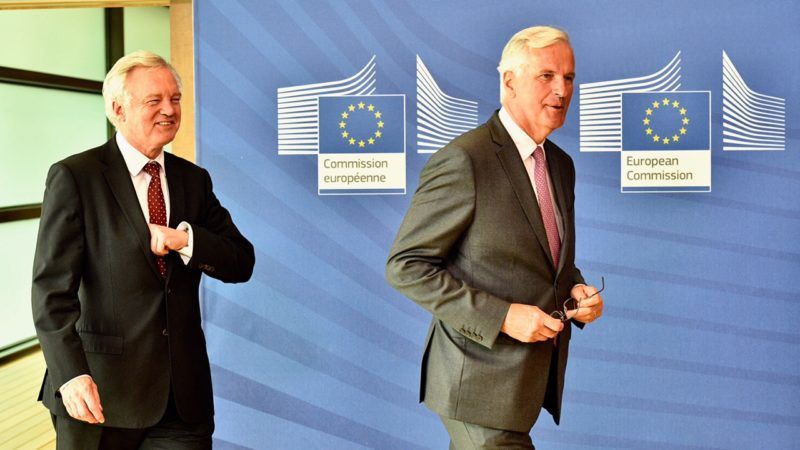 EU negotiators and their British counterparts kicked off the third round of Brexit talks on Monday (28 August) as the bloc’s chief negotiator urged London to take a more serious stance and quickly provide official positions on all issues to be tackled in the historic divorce talks.

“We must start negotiating seriously. We need UK papers that are clear. The sooner we remove the ambiguity, the sooner we’ll be in a position to discuss the future relationship…. I am ready to intensify negotiations over the coming weeks,” Michel Barnier told reporters at the start of the talks.

EU officials said last week there were no plans to extend the negotiations beyond the March 2019 deadline despite a clear lack of progress on crucial issues so far. Barnier and his British counterpart, David Davis, are scheduled to hold a news conference at the end of this round on Thursday.

Like in July, the talks will focus once again on the UK’s financial settlement, the so-called Brexit bill, citizen rights and Northern Ireland’s border.

Unlike in the first two rounds, when the UK delegation failed to get into the details of the financial obligations, this week it will present a legal analysis of the situation. EU sources say “a lack of substance” stymied the earlier talks.

EU sources have blamed the lack of progress on the British negotiators. They have also accused the UK of “magical thinking” over plans to create an invisible border on the island of Ireland, confirming that free and frictionless trade after Brexit will not be possible. 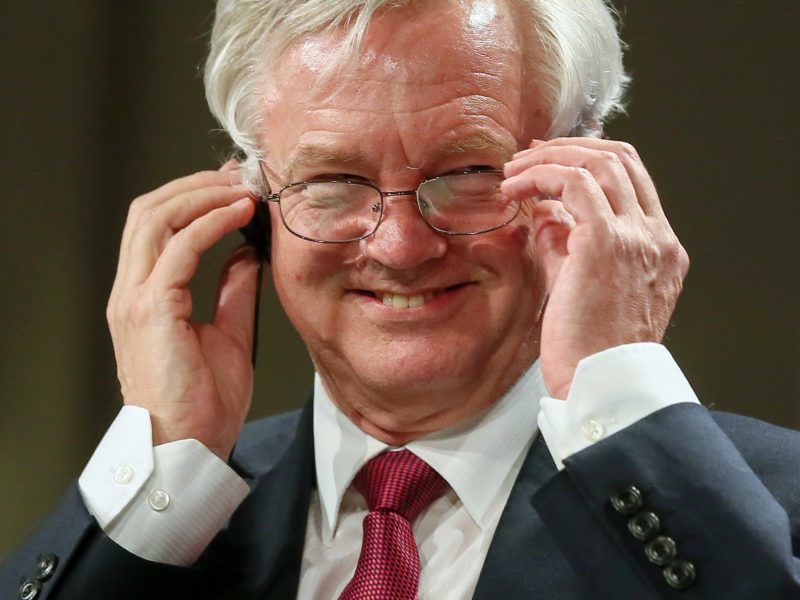 The British government will outline its plans on Wednesday (23 August) to escape the “direct jurisdiction” of the European Court of Justice after Brexit, one of Prime Minister Theresa May’s main aims in talks to unravel 40 years of European Union membership.

Guaranteeing citizen rights once the UK leaves continues to hamper progress and EU officials told EURACTIV that “no big breakthrough” is expected at this round of talks.

Reports last week that EU nationals were mistakenly sent deportation letters by the UK Home Office have also been noted “with concern” by the European Commission, while the British government’s acknowledgement of the error has also been welcomed.

As the pound continues to weaken against the euro – and many financial experts predict the two currencies could achieve parity in September for the first time – estimates show that the Brexit bill would now be 17% higher than it would have been at the time of the landmark referendum held in June 2016.

The divorce bill, Northern Ireland and citizens’ rights are the three areas in which significant progress must be made in order for talks to move onto the future of EU-UK relations, as agreed by the European Council before negotiations began.

Asked by reporters whether there is too much ground to be covered in the talks this month and next, in order to ascertain in October that sufficient progress has been made, senior EU officials denied that there actually was such a deadline.

Brussels is sticking by its negotiation strategy of not dealing with all issues at once and officials insist that it is in the interest of both the EU-27 and the UK to make progress rather than use delaying tactics.

Northern Ireland will also be high on the agenda, as the EU calls on the UK to take responsibility for its decision to leave the bloc. Brussels officials insist that the issue cannot be used as a bargaining chip when both sides are hashing out the details of their future relationship.

Other points, like the Euratom treaty, which governs atomic safety and the movement of fissile material, will also be addressed, although the UK has yet to produce a position paper on nuclear safeguards.