Can the right to EU citizenship be taken away? [MattTempest/Flickr]

The UK ‘leave’ campaign moved into a lead in the polls Monday for the first time in weeks, putting pressure on the pound and raising pressure on Prime Minister David Cameron ahead of Britain’s EU referendum.

The WhatUKThinks average now puts “Leave” at 51 percent against “Remain” at 49 percent ahead of the June 23 vote that could see financial markets plunge and hit global economic growth if Britain votes to go.

The balance tipped in favour of “Leave” after two polls at the weekend and one on Monday put them ahead.

The lead comes amidst the intervention of two of Britain’s former prime ministers into the debate. Conservative ex-premier John Major came out strongly at the weekend in favour of Remain, calling some of his Tory colleagues’ arguments “deceitful” and “squalid”.

Meanwhile, ex-Labour prime minister Gordon Brown appeared in a video inside the bombed out remains of Coventry Cathedral, promoting the EU as an agent of post-war peace, and urging Britions to “lead, not leave, Europe.”

The vote could see Britain become the first country (bar Greenland) to leave the European Union and is being closely watched in countries where euroscepticism is growing.

The “Remain” camp led by Cameron has warned of the economic dangers of leaving, while “Leave” supporters like former London mayor Boris Johnson have said they want to curb immigrants from other parts of Europe.

On Monday, Cameron took part in an event with the opposition Labour party, plus the leader of the Liberal Democrats , Tim Farron, and Greens, Natalie Bennett to accuse “Leave” supporters of “perpetuating an economic con-trick on the British people”.

“While they peddle fantasy politics, in the real world our economy is slowing because of the huge uncertainty hanging over Britain’s economic future,” Cameron said at the “Britain Stronger In” event.

The broadside came after Johnson, who is seen as the most likely successor to Cameron, warned Britain would have to pay more for membership of the EU.

“The risks of ‘Remain’ are massive,” he said. 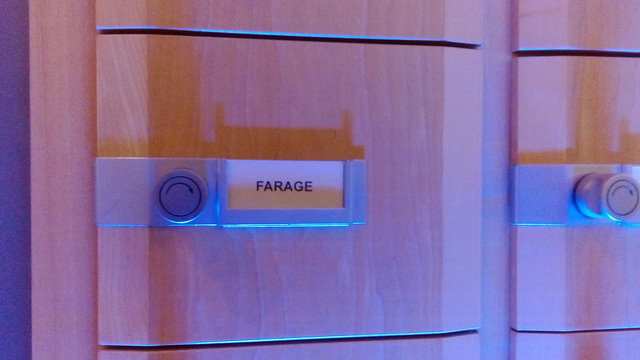 Major on Sunday had accused Johnson, a charismatic politician with popular appeal, of being a “python” who could not be trusted, in a scathing personal attack.

Financial markets have proved volatile ahead of the vote and have been particularly so as the campaign has heated up.
The pound fell to its level in three weeks against both the euro and the dollar in early morning trading, on the back of the opinion polls.

Several of the biggest trade unions also urged their members to vote to stay in the 28-member EU.

The general secretaries of Unite, Unison and the GMB were among 10 union leaders who wrote a letter to The Guardian newspaper claiming that parental leave and holiday rights would be under threat without EU protection.

“Maternity and paternity rights, equal treatment for full-time, part-time and agency workers and the right to paid leave — continue to underpin and protect working rights for British people,” read the letter.

“If Britain leaves the EU, we are in no doubt these protections would be under great threat. The Tories would negotiate our exit and, we believe, would negotiate away our rights,” it said.

In an indication of growing concern, the BBC reported that pro-EU MPs at Westminster were considering ways of using their parliamentary majority to influence negotiations in case Britons vote to leave.

MPs could push for Britain to remain in the EU single market despite losing membership, for example through continued membership of the European Economic Area.

British banks have also begun advising their staff on how to deal with customer queries in case of Brexit, the Financial Times newspaper reported.

It quoted bankers as saying the guidance was to say “there would be no immediate impact, with the aim of reassuring customers and preventing them from panicking”.