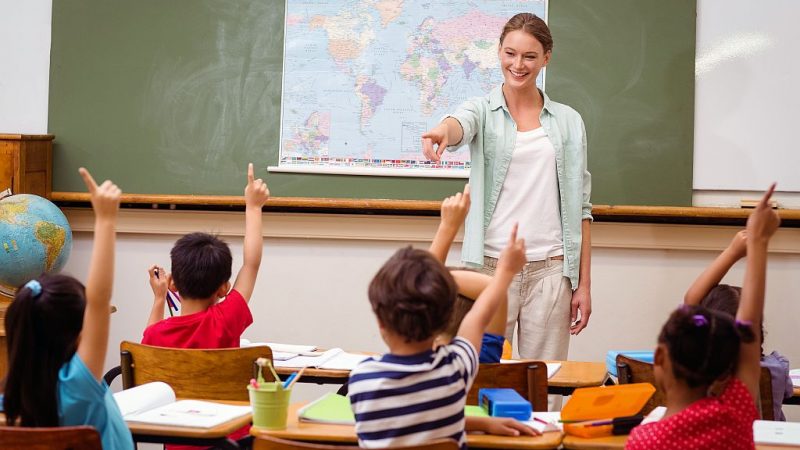 British teachers at the European schools have been saved from redundancy from a 'no deal Brexit' after a deal was brokered by the UK government. [ESB Professional/Shutterstock]

The risks of a ‘no deal’ Brexit may be looming ever larger but its casualties won’t include the roughly 40 British teachers seconded to work in the thirteen European schools, who faced being sacked, and the nearly 28,000 students they teach, hundreds of whom are British.

“We have agreed with the European Schools system to continue to employ the teachers until August 2020,” a spokesperson for the UK Department of Education told EURACTIV.

“We have written to the teachers to formally notify them of this, and that in the event of a no deal exit secondments will continue until August 2020,” the spokesperson added.

The European Schools were created in 1953 for the children of EU officials posted abroad, but had been dealing with an increasing shortage of English-speaking teachers for years even before the UK voted to leave the bloc at the 2016 referendum.

After UK MPs rejected the Withdrawal Agreement by a large majority in January, teachers and students at those schools emerged as potential casualties of a ‘no deal’ scenario. The seconded teachers received letters from the Department for Education, dated 30 January, warning that they faced ‘compulsory redundancy’ in the event of a no deal Brexit.

Article 125 of the draft Withdrawal Agreement struck between Prime Minister Theresa May and the EU in November states that the UK would continue to be part of the European Schools system until the end of the 21 month transition period that follows Brexit day on 29 March, and to keep recognising the European baccalaureate.

But in the absence of a Brexit deal, the seconded teachers faced being sacked on Brexit day, although the UK government told worried teachers that it had offered to continue funding the schools.

Legal analysis by the European Commission, also seen by EURACTIV, has suggested that by leaving the EU, the UK would ‘ipso facto’ cease to be a party to the 1957 Convention of the European Schools.

But the latest report by the ‘Brexit working group’ set up by the Board of Governors of the European Schools was adamant that under the terms of the Convention, which requires departing members to give one academic year’s notice, the UK would still have been liable until at least August 2020.

The deal between the UK and the Secretary-General of the European schools will also mean that the UK will continue to recognise the European Baccalaureate.