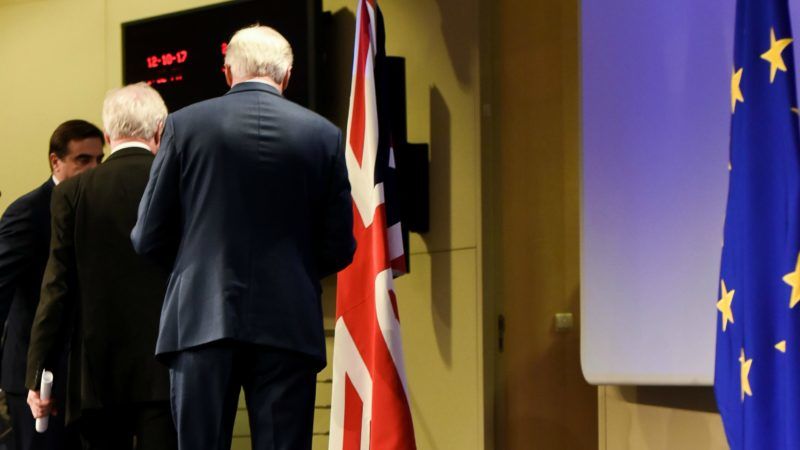 Nonetheless, Barnier told a news conference, there was some movement on other elements of Britain’s divorce settlement and he spoke of possibly acceding in the next two months to British demands for talks on a trade pact and a transition period after withdrawal in March 2019 — if the political will was there.

Brexit Secretary David Davis said Britain was still pushing for EU leaders to give a green light to those talks on the future relationship when they meet Prime Minister Theresa May at an EU summit in Brussels next Thursday.

Barnier made clear, however, that despite new momentum from concessions given by May in a speech at Florence on 22 September, the British positions on money, expatriate citizens’ rights and the Irish border still fell short of the “significant progress” set as a condition for opening the trade negotiations.

May said Britain would ensure that the other 27 countries do not lose out financially from Brexit in the current EU budget period to 2020 and would honor commitments — but Barnier said London was failing to spell out just what it was ready to pay.

“Regarding that question we are at an impasse, which is very worrying for thousands of projects everywhere in Europe and also worrying for those who contribute,” he said.

“I am still convinced that, with political will, decisive progress is within reach in the coming two months. With David Davis, we will organize several negotiating meetings between now and the end of the year ”

Of the overall talks this week, which included some advance on citizens’ rights and technical progress in addressing issues in Ireland, Barnier added: “We worked in a constructive spirit, and we clarified certain points, without, however, making any great steps forward.”

Britain’s Brexit minister David Davis recognized that much work was to be done, but said he was confident an agreement on citizens’ rights could come soon, notably regarding how those rights would be guaranteed in courts. Barnier repeated Brussels’ desire to see EU citizens in Britain having recourse to EU judges but London has been refusing to accept that.

“I make no secret of the fact that to provide certainty we must talk about the future,” Davis said. “I hope the leaders of the 27 will provide Michel with the means to explore ways forward with us on that.”

“As we look to the October Council next week, I hope the member states will recognize the progress we’ve made and take a step forward in the spirit of the prime minister’s Florence speech.”

Barnier was pressed to say in public whether he would ask EU leaders’ permission to make some preliminary exploration of what a transition after March 2019 would look like. EU officials and diplomats say he has raised that issue with governments.

However, he told the news conference that he would follow a mandate ruling out any discussion of the future before issues arising from Britain’s past membership are settled and said it was important to respect the “sequencing”.

Great question to David Davis & Michel Barnier: "You both pride yourselves on being good negotiators, what are you doing so badly wrong?"