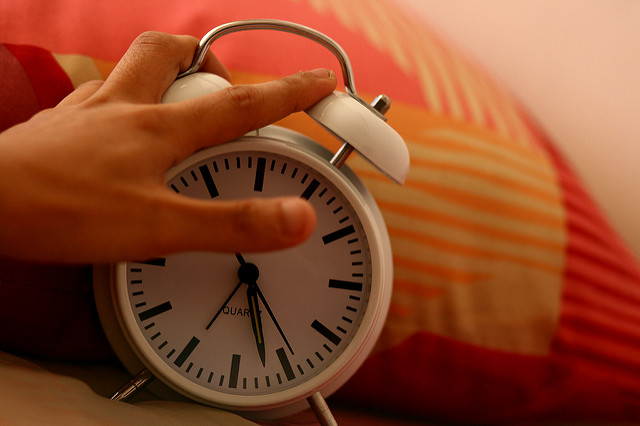 A full result of the UK Brexit referendum is expected by "breakfast time" on Friday - whenever that is. [PhalinnOol/Flickr]

But the actual logistics of the vote and process for announcing the result itself are also somewhat shrouded in mystery.

As of Tuesday (21 June), Downing Street remained resolutely tight-lipped, citing ‘campaign purdah’ and refusing to even confirm if – nevermind when – the Prime Minister, David Cameron, would be addressing the nation on the Friday morning (24 June) after the poll.

Instead, all queries were referred to the Electoral Commission, the independent body masterminding the logistics of the referendum – only the second UK-wide referendum since 1975 – which said, vaguely, that a final result should be known about “breakfast” time – without specifying when that would be.

So, roughly, this is what to look out for during Thursday and Friday. But don’t set your stopwatches – all timings, bar opening and closing of polls, are subject to change.

Although Downing Street is being coy, it is inconceivable that David Cameron will not make a public statement – probably from the steps of Downing Street as after the Scottish referendum result – around mid-morning, or at least within an hour or so of the official result being known.

With opinion polling neck-and-neck, Cameron, Chancellor George Osborne, and their respective spin doctors, must have come up with both a win and a lose speech, possibly with finer gradations according to the narrowness of the result.

A win could see Cameron declare the issue settled, a mandate for his renegotiation to be put into action, and further reform under the British rotating presidency of the Council of Europe in the second half of 2017.

In addition, Cameron is free to reshuffle his cabinet, rewarding those who fought alongside him for Remain, being magnanimous to those who campaigned politely for Leave – and deciding whether to extract revenge on Boris Johnson. Many believe Cameron regards Johnson as having personally betrayed him in order to fight his own Conservative leadership campaign.

A Brexit vote is likely to first and foremost have rattled the foreign exchange markets, causing sterling to sink, and the FTSE100 to drop dramatically. This will begin a minimum of two years of painstaking negotiations of the UK’s exit terms, renegotiation of UK trade deals with the rest of the world, and possibly overwhelming pressure on both Cameron and Osborne to resign, or at least outline a timetable for a Conservative party leadership contest.

Under the Fixed-Term Parliament Act of 2011, the next scheduled election is not until 2020, but one could be called a vote of no confidence in the government is called and a simple majority of the 650 MPs vote for it.

Expect comment and reaction from most, if not all heads of government of the other 27 member states. Of particular importance will be German Chancellor Chancellor Angela Merkel, French President François Hollande and, perhaps, the Polish Prime Minister, Beata Szydło.

Last but not least, under a Brussels journalistic perspective: the press centre of the Council will exceptionally remain open through the night of 23-24 June. Journalists usually tweet from there with the #EUCO hashtag.

One response to “Brexit: Your minute-by-minute guide to what happens when on Thursday night”