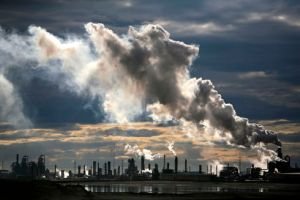 National representatives from EU member countries have delayed a vote to tighten the EU's Fuel Quality Directive yesterday (October 25), amid acute pressure from the Canadian government and alleged stalling attempts by the United Kingdom.

An EU diplomat told EURACTIV that several delegations on the EU's Fuel Quality Committee were not ready to vote on approving the directive, which would assign fuel from Canada’s highly polluting oil sands a high default greenhouse gas value, reflecting the environmental damage it causes.

The diplomat said that “there was a request shared by many member states that the Commission deliver a further impact assessment concerning consequences for prices, competitiveness [and] security of energy supply.”

Environmentalists said that some member states, notably the UK, had been urging more consultation and research in order to delay the EU’s taking a position.

On 3 October, the day before the fuel quality proposal was presented, Britain suggested a compromise which a leaked position paper described as “splitting crude sources into three broad categories based on lifecycle [greenhouse gas] emissions … but without singling out oil sand or oil shale.”

“We do not underestimate the difficulties in establishing a workable solution, and the likelihood that a delay would be needed before any such system could be established,” it said.

Franziska Achterberg, a policy adviser with Greenpeace, said this could delay things substantially because determining the exact lifecycle emissions of different oil sources could potentially require years of research.

“I think the whole purpose was to slow down the regulatory process because you don’t have the gas intensity values for all crudes,” she said.

The British Transport minister, Norman Baker, said: "Our aim is to drive down emissions from all transport fuels and I want to use the Fuel Quality Directive as a key tool to achieve this."

"However, for sound environmental reasons, I want to see all heavy crudes dealt with equally, not simply oil sands. These certainly represent a problem, but so do other crudes, and it makes no environmental sense to ignore these."

"We want to deal with them all, not just one type, and in a way that is based on robust and objective data, related to their carbon emissions."

Under the proposal, tar sands would be ascribed a greenhouse gas default value of 107 grams CO2 equivalent per megajoule (CO2eq/MJ) of fuel, as opposed to the 87.5g CO2eq/MJ average for crude oil, due to the greater harm it causes to the environment.

This reflects a Stanford University report by Adam R. Brandt in January 2011 which found greenhouse gas emissions from oil sands production as "significantly different enough from conventional oil emissions that regulatory frameworks should address this discrepancy with pathway-specific emissions factors that distinguish between oil sands and conventional oil processes.”

But Canada maintains that its oil sands are being unfairly singled out for discriminatory treatment compared to crude oil.

This was seen by observers as a veiled threat of retaliation.

The tar sands vote, a cornerstone of the EU’s commitment to reducing Europe’s fuel carbon intensity by 6% by 2020, will now be delayed, possibly until 2 December or 19 January when the next meetings are scheduled.

“There remains much to be done,” a Commission spokesman told EURACTIV.

The Fuel Quality Committee is a closed meeting group composed of national experts delegated by the member states and under "comitology" rules is considered technical, rather than political.

But critics say this means its debates are held in a "black box." An EU source described the committee members as “national experts representing the national view. It’s a committee of the member states.”

“There’s obviously a sliding scale between what’s technical and what’s political,” he said. “And this [proposal], because of the results of what they’re trying to do, would be quite political. There’s a political tail to this.”

The EU’s Fuel Quality Directive requires that energy providers reduce by 6% the greenhouse gas emissions of the fuel they put on the market, through methods such as reducing flaring or increased use of biofuels.

On 4 October the European Commission college voted on a review of the Fuel Quality Directive which assigns a default value 107 grams CO2 equivalent per megajoule (CO2eq/MJ) for oil produced from tar sands.

This figure is higher than that assigned for other crude oils, 87.5g CO2eq/MJ average, because oil extraction from tar sands is more carbon intensive. This led Canada, which has the world’s largest reserves of oil sands, to protest the EU’s action.

Other unconventional sources of fossil fuel would also be hit hard by the proposal, with oil shale being included at a value of 131.3 CO2eq/MJ, and coal-to-liquid at 172 CO2eq/MJ.