Galileo, a €10-billion satellite programme being developed by the EU as a rival to the US Global Positioning System, has emerged as a flashpoint between Britain and the bloc, with the EU already beginning to treat the UK as having left.

A spokeswoman for Britain’s Department for Business, Energy and Industrial Strategy said Britain wanted its membership of Galileo to continue but would react if it was frozen out.

“The UK’s preference is to remain in Galileo as part of a strong security partnership with Europe. If Galileo no longer meets our security requirements and UK industry cannot compete on a fair basis, it is logical to look at alternatives,” she said.

The European Commission has started to exclude Britain and its companies from sensitive future work on Galileo ahead of the country’s exit from the EU in a year’s time, a move which UK business minister Greg Clark said threatened security collaboration.

European Commissioner for #Galileo @EBienkowskaEU confirms that the UK's involvement in the satellite programme changes with #brexit. She is due to speak to Business Secretary @GregClarkMP about it this afternoon pic.twitter.com/YZj1TQ4rag

“We have made it clear we do not accept the Commission’s position on Galileo, which could seriously damage mutually beneficial collaboration on security and defence matters,” he said in an emailed statement.

Britain has called on the European Commission to reverse its position and allow UK-based companies to be eligible to bid for upcoming Galileo contracts, the spokeswoman said.

The Commission’s exclusion of British-based companies has meant Airbus has had to commit to move some of its UK-based Galileo operations to an EU country after Brexit, a spokesman for the European planemaker said. 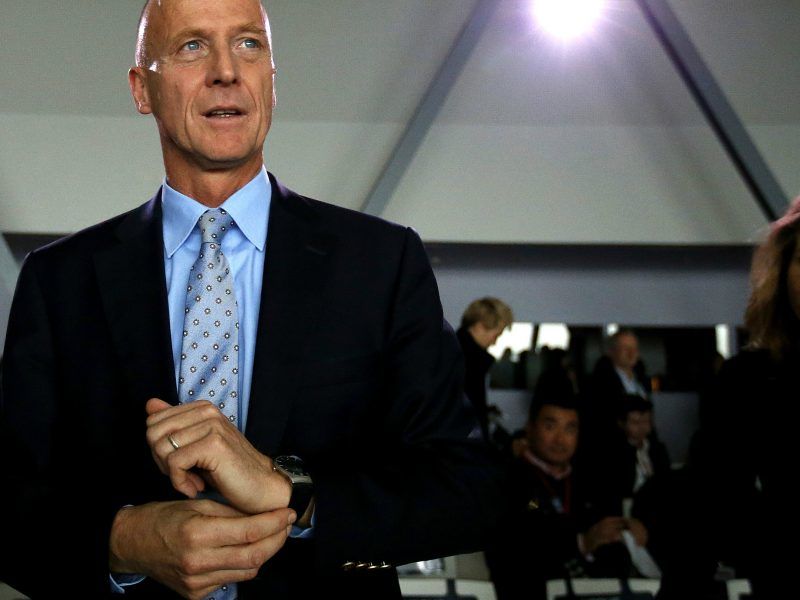 The chief executive of aerospace firm Airbus said Britain should not be frozen out of the European Union’s Galileo space programme after Brexit, calling on both sides to find a long-term solution in the interest of security.

Airbus operates Galileo’s ground control services from Portsmouth in southern England and the spokesman said that about 100 jobs would be put at risk if it has to move.

Britain has played a big part in Galileo so far, carrying out about 15% of the work on it. Clark said that if Britain were excluded it could result in years of delays and higher costs for the project “stretching into the billions”.

Tomorrow on #r4today: Is the UK about to be excluded from Europe's €10bn Galileo satellite project – despite having designed and built a significant chunk of it? pic.twitter.com/osKRgYSSyY

The FT also said Clark was taking legal advice on reclaiming the €1.4 billion Britain has invested in Galileo since the project started in 2003.