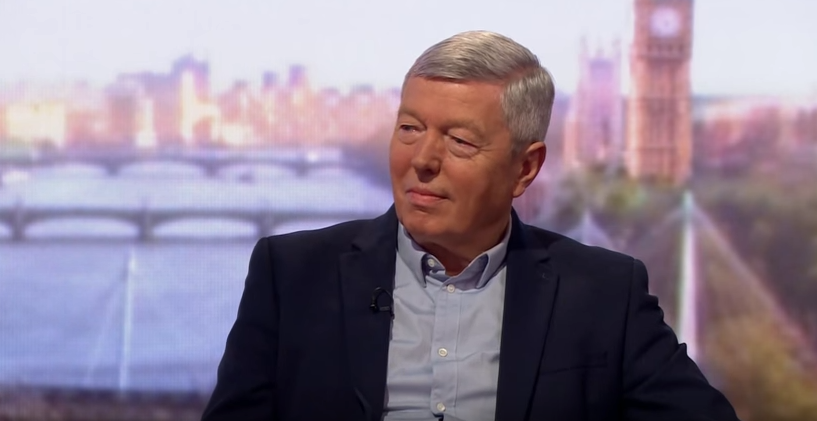 Britain’s opposition Labour Party today (1 December) launched its campaign for the UK to remain in the European Union, saying that the Paris terror attacks showed the need to “stand shoulder to shoulder” with its European partners.

The Conservative government has promised an in-out referendum by the end of 2017, with recent polls showing the public split neck-and-neck on the issue despite all the main parties campaigning to stay in.

Former Home Secretary Alan Johnson launched his party’s campaign to stay in the 28-member bloc in Birmingham, Britain’s second biggest city, arguing that the UK would be less safe on its own.

“The first duty of any government is to keep our country safe and I firmly believe that leaving the EU would fail that test,” he said.

“The lesson from Paris is clear: to tackle terrorism we must stand shoulder to shoulder with our allies in Europe. The security of Britain is inextricably linked to staying in Europe.

Britons will be asked whether they want to “Remain” in the bloc or “Leave” after the electoral commission ruled that a “Yes” or “No” question could favour those who want Britain to stay in the EU.

Labour has been a solid supporter of the EU since the 1980s, but that was thrown into doubt with the election of veteran leftist Jeremy Corbyn as party leader in September.

He had previously opposed the bloc’s free-market rules, but threw his weight behind the “Remain” campaign shortly after being elected.

Johnson also said that British workers, businesses, universities and scientists will all be “damaged and diminished” in the event of a “Brexit”.

“There is nothing patriotic about condemning this country to isolation,” he added.

UKIP deputy leader Paul Nuttall told EURACTIV, “There has been a huge movement towards leaving the EU among left-leaning voters after they saw the despotic treatment of Greece, and TTIP threatening the privatisation of public services. I suspect many Labour voters can now see the harm done by wage compression and the threat to our national security caused by mass immigration, so the Labour ‘remain’ campaign faces an uphill battle. ”

Prime Minister David Cameron has pledged to campaign to stay in, but only if he secures EU reforms on issues such as welfare payments for migrants and the balance of power between Brussels and national parliaments.

The Labour campaign is separate to the cross-party, pro-EU campaign Britain Stronger in Europe.

They will be opposed by Leave.EU, which has the backing of UK Independence Party chief Nigel Farage, and Vote Leave, which is supported by Eurosceptic Conservatives and a few Labour MPs, plus business figures.

Johnson remains a popular figure among Labour Party members and grandees, even to the extent of having to rebuff offers to get him to stand against the leadership of the previous leader, Ed Miliband. Since stepping down from frontline politics, he has authored a well-respected memoir, This Boy, about his working-class childhood.

The Labour, Liberal Democrat, Green and Scottish National Parties are all officially in favour of remaining in the EU. The ruling Conservative party has said its position will be determined by a successful renegotiation of Britain's membership of the EU, on the points of an opt-out from 'ever closer union', protections for the City of London and for sterling outside the eurozone, and restrictions on benefits for EU migrants.

The UK Independence Party - which has only one MP in the Westminster parliament, but 24 in the European Parliament - was founded on the single issue of arguing Britain should leave the EU. Ukip has been contacted for a reaction to the Labour launch.

The United Kingdom joined the EU in January 1973, after previously being blocked for membership by France under President Charles de Gaulle.

A 1975 referendum on remaining in the EU was won convincingly by the 'stay' campaign, althouth the ruling Labour government of the time, under Harold Wilson, allowed ministers freedom to campain for either side of the debate.