Britain to mint coin in honour of Brexit, EU has no such plans 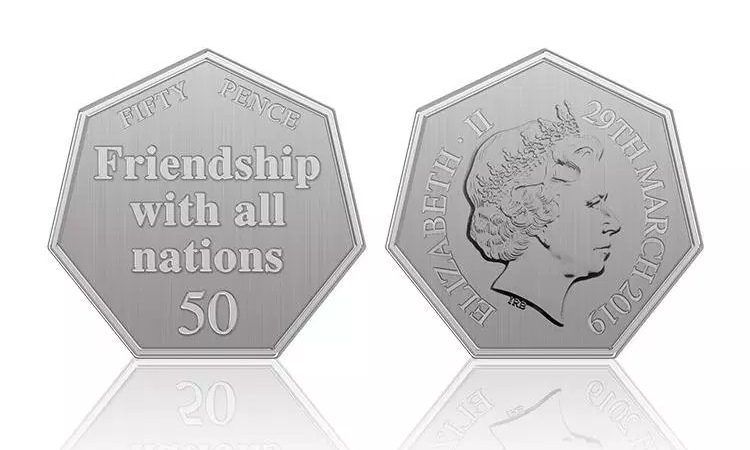 Britain will issue a new 50-pence coin to mark its departure from the European Union next year, the government said on Monday (29 October) in an announcement that was quickly mocked on social media.

“The Royal Mint has a long-established tradition of producing coins in order to commemorate historic moments,” the Treasury finance ministry said in a statement.

“In line with this tradition, the Royal Mint will produce a coin to commemorate the UK leaving the European Union. This coin will be available in Spring 2019,” it said.

Britain is due to leave the EU at the end of March next year.

An image on the Royal Mint website showed a coin with the words “Peace, prosperity and friendship with all nations”.

There's going to be a special 50p coin to mark Brexit – and it's being brutally mocked on Twitter https://t.co/DsoyqtsxNz

The words echo a famous quote from the first inaugural address of Thomas Jefferson, a driving force behind American independence and the third president of the United States.

He listed as an essential principle for his government: “Peace, commerce, and honest friendship with all nations”.

The Sun tabloid, Britain’s most widely-read newspaper, first reported on the coin and celebrated Monday’s announcement as a victory in its campaign for the government to create “an enduring gesture to mark Brexit as a landmark national moment”.

It said the new coin would be “warmly welcomed” and criticised the Royal Mail for refusing to issue a Brexit stamp.

But the announcement caused hilarity on social media, with many Twitter users pointing out it could be worth less after it is issued if the pound is devalued as a result of Brexit.

Comedy writer James Felton tweeted a mocking image of the coin showing someone shooting themselves in the foot.

Others asked their followers to retweet an image of the 50p coin issued in 1973 to mark Britain’s accession to the European Economic Community, as the EU was then called.

The design of that coin featured a ring of interlinked hands.

One Twitter user posted an image of a father and son in rags walking away from the ruins of the British parliament.

“The 50p coin will be nothing more than a sad and permanent reminder of the long lasting damage Brexit will do to our economy, credibility and influence in the world,” Liberal Democrat Brexit spokesman Tom Brake said.

Best for Britain, a campaign group supporting a second referendum to stop Brexit, joined in the criticism, calling it a gimmick that was “far from a mint idea”.

“This is just another attempt to frame Brexit as inevitable, which it absolutely is not,” Best for Britain chief Eloise Todd said in a statement.

A journalist asked on Monday the Commission if the EU executive had similar plans to mint a coin to mark Brexit. Spokesperson Natasha Bertaud was quick to answer that the EU had no such plan.