UK Prime Minister Boris Johnson spoke to German Chancellor Angela Merkel as he tried to salvage new divorce terms he has proposed ahead of next week’s pivotal EU summit in Brussels. 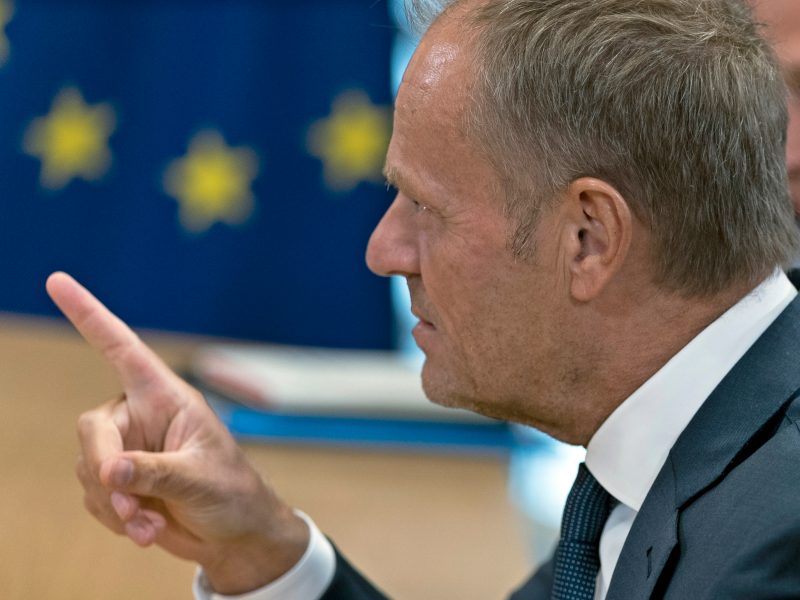 The European Union accused Britain of playing a “stupid blame game” over Brexit on Tuesday after a Downing Street source said a deal was essentially impossible because German Chancellor Angela Merkel had made unacceptable demands.

According to London, Merkel demanded a rewrite of Britain’s approach to the long-vexing Irish border problem that made a compromise “essentially impossible”.

The Downing Street official quoted Merkel as saying that a deal now looked “overwhelmingly unlikely”, and added that the Brexit talks were “close to breaking down”.

Britain has been trying for more than three years to find a way to deliver on the result of a 2016 referendum and end its almost five-decade involvement in the European bloc.

Riding a wave of British frustrations with the saga, Johnson is threatening to leave at any cost — with or without a withdrawal deal — on 31 October.

In Berlin, Merkel’s office said it would not comment “on such confidential discussions”. Johnson’s official spokesman also declined to say anything about the substance of the call.

But he told reporters the pair had a “frank exchange” — diplomatic speak for a disagreement.

A frustrated Tusk accused Britain of playing with “the future of Europe and the UK” with no clear plan of what the country wanted.

Irish Foreign Minister Simon Coveney said he found it “hard to disagree” with Tusk, stressing that Dublin would “not strike a deal at any cost”.

He said Johnson had restated his wish of finding an agreement during a 40-minute phone call with his Irish counterpart Leo Varadakar.

But Varadkar later told broadcaster RTE he thought it would be “very difficult to secure an agreement by next week.”

The two are expected to meet for talks later this week, according to the Press Association.

The 1998 Good Friday Agreement effectively created an invisible border between north and south, satisfying republicans who want a united Ireland and unionists who want to keep the status quo.

Finding a way to maintain the border open without keeping at least a part of the United Kingdom tied to EU trade rules has long been the main sticking point in the Brexit talks.

Downing Street officials say Brussels is making a big mistake because failure in the coming days to reach a deal would result in Britain’s position only hardening down the line.

One source in Johnson’s office told The Spectator magazine the government will try to “do all sorts of things” to prevent another Brexit delay should negotiations really collapse.

Scotland’s top civil court is due to rule Wednesday whether someone else — possibly a judge — could sign an extension request if Johnson fails to follow parliament’s order to ask for one if there is still no deal by 19 October.

But should a delay still be granted at the EU summit, Johnson will campaign for a “no-deal” in any snap election, the Downing Street source told The Spectator.

Johnson is facing a new rebellion from his cabinet over concerns of a no-deal Brexit, with a group of cabinet ministers poised to resign, The Times newspaper reported on Wednesday.

An unnamed cabinet minister cited by the newspaper said that a “very large number” of Conservative members of parliament will quit if it comes to a no-deal Brexit.

The Times said that ministers had warned Johnson in a cabinet meeting about the “grave” risk of the return of direct rule in Northern Ireland and raised concerns about Dominic Cummings, Johnson’s most senior adviser.

Cummings is accused of hostile briefings aimed at persuading the EU to block any delay to Brexit.

While the Times newspaper did not specify how many Conservative lawmakers oppose a no-deal scenario, the Financial Times reported early on Wednesday that at least 50 members of parliament from the party will revolt against a general election manifesto pledging to pursue a no-deal Brexit.