The 17-page policy paper stresses that Europeans are “valued members of their communities” in Britain, but makes clear any deal is contingent on Brussels agreeing reciprocal rights for around one million British expats living elsewhere in Europe.

British Prime Minister Theresa May said Monday that she wanted to end the anxiety of EU nationals fearful of their future after Brexit, promising to protect their rights and saying: “We want you to stay.”

Michel Barnier, the EU Brexit negotiator, wrote on Twitter that the EU goal on citizens’ rights is to have the “same level of protection as in EU law. More ambition, clarity and guarantees needed than in today’s UK position.”

EU goal on #citizensrights: same level of protection as in EU law. More ambition, clarity and guarantees needed than in today's UK position.

May was heckled by critics in the House of Commons, while opposition Labour leader Jeremy Corbyn said her plan was “too little, too late”.

“I know there’s been some anxiety about what would happen to EU citizens at the point we leave the European Union,” May said, prompting jeers from opposition lawmakers.

“Today I want to put that anxiety to rest. I want to completely reassure people that under these plans no EU citizen currently in the UK lawfully will be asked to leave at the point the UK leaves the EU.”

The main points in the proposal include: 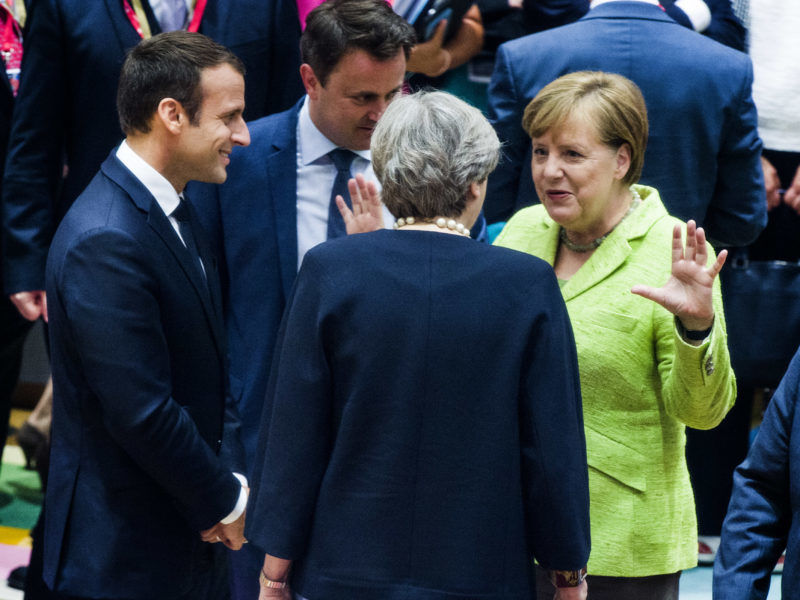 Angela Merkel gave a subdued nod but no outright approval to British Prime Minister Theresa May’s proposal to protect EU citizens’ rights after Brexit, pouring cold water on May’s promise of a “generous” offer on one of the most sensitive issues in the divorce talks.

EU citizens living in Britain retain all their rights until the day of Brexit. But they will then have to apply for a new immigration status to retain access to public services and the jobs market.

Anyone with continuous residence of at least five years on the cut-off date will qualify for “settled status” — indefinite leave to remain, with access to healthcare, education, welfare and pensions.

Newer arrivals who have nevertheless moved to Britain before the cut-off date must apply for temporary leave to remain until they have accrued five years, when they can apply for “settled status”.

Those Europeans arriving after the cut-off date will be given a “grace period”, likely two years, to apply for another form of immigration status allowing them to legally reside in Britain, such as a work permit.

After five years, they too can apply for “settled status”.

Existing rights of EU citizens to vote in local elections are not covered in the policy document.

Brussels has said the cut-off date should be when Britain leaves the EU, but London says this will be part of the negotiations.

Britain suggests a window between 29 March, 2017, when Britain formally began the Brexit process, and its final departure from the EU two years later.

“We expect to discuss the specified date with our European partners as part of delivering a reciprocal deal,” the policy document states.

Brussels wants any disputes on EU citizens’ rights to be dealt with by the European Court of Justice.

But London argues that one of the reasons to leave the EU is to “take back control” of British laws, and has rejected this — setting up a major clash.

The new rights regime “will be enforceable in the UK legal system and will provide guarantees for these EU citizens”, the document said.

“We are also ready to make commitments in the withdrawal agreement (Brexit deal) which will have the status of international law. The Court of Justice of the European Union will not have jurisdiction in the UK.”

Family dependants who join a qualifying EU citizen before Britain leaves the bloc will be able to apply for “settled status” after five years.

But spouses moving after Brexit will be subject to the same rules that currently apply to non-EU nationals joining British citizens, which require the British citizen to meet a minimum income allowance.

This sets up another row with Brussels.

All children of qualifying EU citizens will be eligible to apply for “settled status”, while those born in Britain to EU residents already holding the status will automatically acquire British citizenship.

Europeans who have paid social security contributions — such as a pension — in Britain in the past will have these protected.

Parents claiming British welfare payments for children living elsewhere in the EU will have these preserved.

Britain will seek to protect existing EU healthcare arrangements, allowing the provision of free or reduced cost healthcare while abroad in the bloc.

Existing European students or those starting courses before Brexit will continue to be eligible for student support and lower fees.

Professional qualifications obtained elsewhere in the EU will be recognised in Britain, while London also promised to protect the right to be self-employed.

“We will apply rules to exclude those who are serious or persistent criminals and those whom we consider a threat to the UK,” the policy document says.

EU rules already allow member states to expel, or refuse entry to people considered to present a “sufficiently serious and present threat to the fundamental interests of the state”.

Time in prison will not count towards the five-year residency requirement.

Britain has promised to streamline the application system for “settled status”, after Europeans applying for permanent residency complained of an 85-page document requiring proof of employment and all travel out of the country for the past five years.

European citizens will still have to apply and pay a fee around £65 (€74), and are likely to get some form of identity card or document confirming their status.

Amid concerns that the interior ministry will not be able to process all the claims before Brexit, EU nationals will be given a “period of blanket residence permission” until all documents are issued. 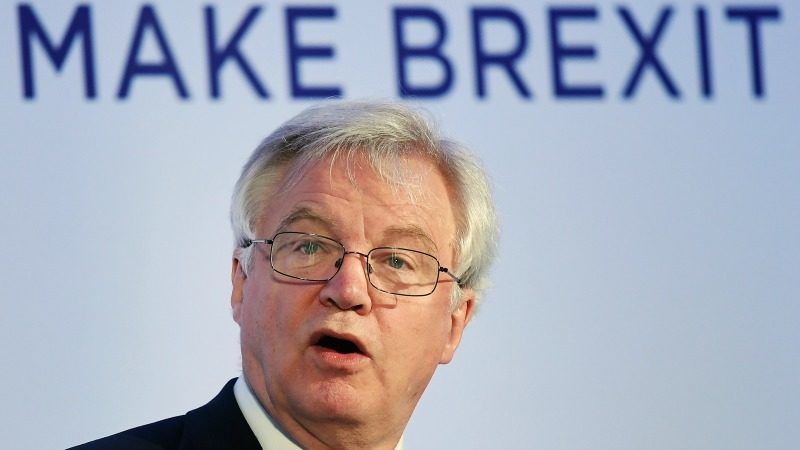