One of Corbyn’s most vocal supporters, Tzanakopoulos was invited to the annual conference of the Labour Party in Liverpool this week to share the experiences of his radical leftist Syriza party, which has been in power since 2015.

“They [Labour] are very interested in having a clear picture of what it meant for Syriza to be in power, what problems we faced, what were the challenges and obstacles we had to overcome, especially given the negative balance of political forces in Europe,” Tzanakopoulos told EURACTIV’s media partner Athens News Agency.

“The leadership of Jeremy Corbyn marked a clear left turn for the party.”

For Tzanakopoulos, Labour and Syriza are the main anti-austerity and pro-EU forces in Europe and have many common points both in their ideology and style of politics and the way they are dealt with by economic elites and the mainstream media.

“The Labour Party in the UK and Syriza in Greece are not parties that have the support of the economic elite. They [Labour] want to be in touch with us to understand what they are going to do if they enter government.

“A common feature of our parties is the very frequent attacks from the media. This is related to the fact that our parties do not have alliances with the economic elite”, he said.

Having a distinctly leftist government in one of Europe’s top seats may give momentum to the wider cause of radical movements, Tzanakopoulos said.

“Regardless of Brexit, a victory of progressive radical power in Britain is extremely important not only for Europe but also for the whole world.”

Gianni Pittella, former Leader of the Progressive Alliance of Socialists and Democrats Group in the European Parliament and a close supporter of Alexis Tsipras’ government, has also previously backed Corbyn during the economic and migration crises.

“The European left needs the contribution of the Labour Party to help forge a new common progressive platform,” Pittella said, adding that there is common cause with Corbyn on investment-led economic policies, a social and youth agenda, and a common EU migration policy. 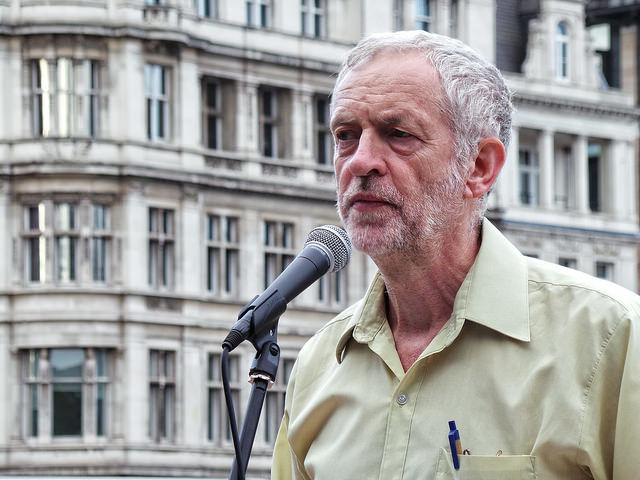 The Socialists and Democrats (S&D) will cooperate closely with the UK Labour Party in the crucial Brexit negotiations with the aimof protecting the social agenda and opposing Theresa May’s “ultra-hard” strategy.

Should Corbyn manage to secure the premiership any time soon, Europe’s radicals in Greece and elsewhere would seek to capitalise on the momentum. Despite frequent attacks on his leadership by his own Labour MPs, Corbyn continues to enjoy high popularity ratings among party activists. Labour now has over 500,000 members, a more than threefold increase since 2015 when Corbyn won the party leadership.

Brexit should not jeopardize the opportunity to form a radical bloc across the continent. Referring to the negotiations, Tzanakopoulos stressed that the EU should not stand for a no-deal on its part.

“There should be ways to ensure that Brexit does not mark a vertical dividing between Europe and Great Britain,” he said.

“Everyone has to work to find a mutually acceptable and viable solution”.