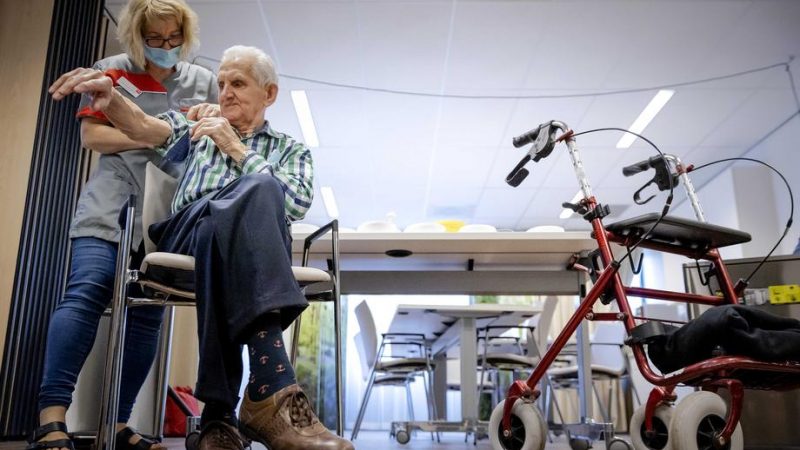 Thousands of EU workers in British care homes risk falling foul of the legal requirement for them to register their status in the UK before a government deadline expires on 30 June, according to a new report published on Monday (25 January). EPA-EFE/ROBIN VAN LONKHUIJSEN

Thousands of EU workers in British care homes risk falling foul of the legal requirement for them to register their status in the UK before a government deadline expires on 30 June, according to a new report published on Monday (25 January).

1 in 3 care workers have not heard of the UK Government’s EU Settled Status Scheme and 1 in 2 do not know about the deadline, according to a survey of over 290 workers in UK care homes.

“We are still in the middle of a pandemic, while the EUSS deadline for EU citizens is less than six months away,” said Caitlin Boswell, author of the report for the Joint Council for the Welfare of Immigrants.

“This includes thousands of care workers who have worked tirelessly, putting their lives and their families’ lives on the line to get us through this crisis.

“It couldn’t be more urgent that the Government lift the EUSS deadline,” said Boswell.

The UK care sector has suffered a series of funding cuts in recent years and become increasingly reliant on EU workers. It has also been at the frontline of the COVID-19 pandemic, with infection and death rates particularly high in care homes.

Launched to deal with their post-Brexit legal status, the EUSS allows EU citizens and their family members who have been resident in the UK to apply for either settled or pre-settled status, enabling them to remain resident in the UK and keep the same rights they currently have.

The UK government says that the Settlement Scheme is more generous than that offered to Britons by many EU member states.

However, research has suggested that thousands of EU citizens, predominantly those from vulnerable social groups or without digital skills, are either unaware of the settled scheme or do not know how to access it.

Both the JCWI and New Europeans, a civil rights organisation, call on the government to issue a physical proof of status to EU citizens, a measure that was rejected by the UK’s House of Commons last year.

“It is now clear that it is not only the most vulnerable EU citizens who are at risk. All those with poor access to information at work also face missing the deadline,” said Roger Casale, founder and chief executive of New Europeans.

“Equally, even when an EU Citizen has pre-settled or settled status, many employers, landlords and in some cases even government officials don’t understand that this status ring-fences many of the rights that citizen had before Brexit.”

The UK’s Home Office says that it has a dedicated team of more than 1,500 people working on the EU Settlement Scheme.

There has been criticism from campaign groups about the Home Office’s outreach programmes on the EUSS, with some warning that the UK could face a repeat of the ‘Windrush’ scandal which saw the wrongful deportation of many second generation migrants living in the UK.