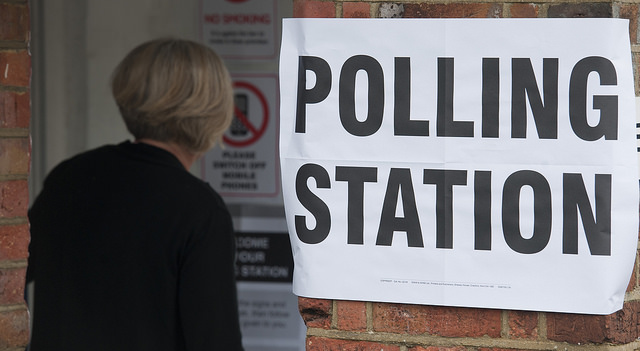 The UK Independence Party’s victory, the loss of all but one Liberal Democrat MEP, the weakening of the Conservatives and the Labour Party’s performance in local and European elections point to a waning British influence in Brussels.

Although UKIP came second in the previous European elections (2009), the other parties’ representatives held important positions in pivotal policy areas and played a significant role in shaping legislation. Britons elected 73 MEPs. 24 of them are from UKIP, 11 more than were elected in 2009.

With expectations of a possible grand coalition, which would freeze out UKIP, distrust of its politicans by traditional parties, and UKIP’s terrible record of participating in the parliamentary process, that is unlikely to translate into a real say on policy.

“We don’t go there to make the EU better, more powerful, and help it to pass more laws. We go there to find out what it’s up to, and let you know,” UKIP boasts in its manifesto.

Pieter Cleppe, head of think tank Openeurope, said: “The vote shows that the people want reform but it’s ironic that it has in a way weakened the reformist voice; those willing to work within the system to make it better.

“UKIP is basically a protest party. They use Europe to campaign at home and have no interest in passing laws or influencing legislation. One one side of the new Parliament you have the protest parties, on the other those who want to strengthen the EU. This has left reformists in a weakened position and the most reformist member country of the EU is Great Britain.”

Peter Wilding, Director of British Influence, which campaigns to keep Britain in the EU, added: “Looking at the numbers alone, British influence in the new Parliament will not be as strong as it was. British influence will have to be exerted in the European Council among national governments and they need to get a grip on the situation; the member states need to drive a policy agenda.”

The different European parliamentary groups of like-minded national parties are allocated points based on their size. The European People’s Party took the most seats in the elections, followed by the Socialists, then ALDE (the liberals), the Greens, the European Conservatives and Reformists Group and the Europe of Freedom and Democracy Group.

Sharon Bowles, a Liberal and member of the ALDE group, spent the last five years as Chairman of the Parliament’s prestigious Economic and Monetary Affairs Committee (ECON). During an unprecedented period of post-crisis legislation on financial services, Bowles wielded enough clout to be named the most influential Brit on EU policy (here) and in the top ten most influential European regulators.

Bowles did not stand in the 2014 elections and the Lib Dems were decimated from 11 MEPs to a single seat, making a repeat of Bowles’ reign by Catherine Bearder extremely unlikely.

Sir Graham Watson, an MEP since 1994 and a member of ALDE’s bureau as well as the Conference of Delegation Chairs and Committee on Foreign Affairs,  was one of the highest profile casualties. Andrew Duff, an MEP since 1999, also lost his seat.

Calls for Lib Dem leader Nick Clegg to resign have become increasingly strident since the dismal result. College of Europe graduate Clegg, the UK Deputy Prime Minister, is an avowed pro-European and former MEP. Should he step down the status of the Lib Dems in Europe will be diminished even further.

Bearder, MEP for the South East of the UK said that many of the committees will be full of empty chairs because UKIP members will not turn up. “Those seats should be taken up by Brits who should be putting forward the British argument, the British case. Instead, important decisions will be being taken by other countries,” she said.

“The real losers of these elections are the British public because they will not be taking part in the decision making process. If UKIP do turn up they will vote no on legislation, as they did on rules against human trafficking and Russian homophobia in the last part of this Parliament,” she added.

The Green Party increased their number of MEPs by one to three, beating the Lib Dems into last place but, as smaller players in the European Greens, they are unlikely to have much sway.

The Conservatives, part of the European Conservatives and Reformists Group (ECR), lost their Chairman Martin Callanan in the poll (here). They dropped six seats to 19. It was the first time the Tories have ever come third in a nationwide election.

The result might impact on the selection of the next Chairman of the ECR, who automatically gains a seat on the Conference of Presidents. The Conference is responsible for organising the Parliament’s business, planning, deciding the membership of committees and delegations and relation with the EU institutions, the national parliaments and non-EU countries.

While the Tories are bullish about one of their own succeeding Callanan, Polish members of the ECR also won 19 seats, making them on paper equal partners. They are likely to push for a Polish chairman, given they increased their support by seven seats from 2009 rather than shedding votes.

British Influence’s Wilding said: “In the Parliament, clearly all eyes are on UKIP, will they be disciplined? Will they turn up to committees? Will the ECR take a leaf out of UKIP’s book and take a more obstructionist course?”

The Polish Law and Justice Party are social conservatives, which may not sit well with the Tories’ economic liberalism, he added. “The Conservatives are facing not an existential crisis but a vision crisis,” he said.

More positively for the Tories, Kay Swinburne retained her seat in Wales. Swinburne sat on the ECON Committee and was ranked the 30th most influential Brit on EU policy. Daniel Hannon, who led the Conservatives out of the EPP and is a high profile Eurosceptic, was also re-elected.

Wilding said, “The issue for the ECR is what becomes of the sotto voce negotiations with Alternative für Deutschland? (AFD).”

Germany’s anti euro party is a staunch opponent of German Chancellor Angela Merkel. Prime Minister David Cameron needs Merkel’s support to get the reforms of the EU he has called for. But Cameron has no legal basis to tell the Conservatives to stop negotiating with the AFD.

The ECR needs the AFD to join them to take them to the seven member state representation required to qualify as a parliamentary group. Given the choice of extinction and the AFD, Hannon, who has repeatedly called for a pact between UKIP and the Tories in defiance of the party line, is likely to pick the AFD.

Ashley Fox, vice chair on the Constitutional Affairs Committee and Vicky Ford, member of the Committee on Industry, Research and Energy, were both re-elected and both served as substitutes on ECON. But long-serving Malcolm Harbour, first elected to Brussels in 1999 and the third most influential Brit in the 2012 list, retired.

“The Tories are in a weaker position after the elections,” said Openeurope’s Cleppe.

Labour won 20 seats, a considerable increase from their 2009 score of 13. The 2009 election was particularly traumatic for Labour, which was punished by voters following the financial crisis.

The Socialists and Democrats group (S&D) will be dominated by Italian Prime Minister Matteo Renzi’s Democratic Party (PD). They took 31 seats, making it the leading party in the group. The scope of Labour’s influence is likely to be shaped by their future direction. If Renzi’s MEPs take a modernising, centre-left approach, as expected, it is possible that Labour could negotiate some important posts.

Much will depend on Germany’s socialists (SPD), previously the largest group, who returned 27 MEPs and will still have an influential voice.

British Influence’s Wilding agreed Labour were in a good position but warned they would be temporarily “in the doghouse” for not backing German Socialist Martin Schulz as the lead candidate for European Commission president.

Richard Corbett, who lost his Yorkshire and Humber seat in the 2009 elections, was re-elected this time. He spent the last five years working in European Council President Herman Van Rompuy’s cabinet and would be seen as an ideal replacement for some of the departing old guard. His return was welcome, said Wilding.

Glenis Willmott, leader of the European Parliamentary Labour Party since 2009 and an MEP since 2006, will also prove influential as the new Socialist party takes shape.

Labour’s influence will be weakened by the departure of several well-respected Brussels old hands. Arlene McCarthy, a vice chair on the ECON Committee, did not stand in this year’s election. Peter Skinner, another ECON veteran, also stood down.

British political scientist Simon Hix said both the local and European elections were “disastrous” for Labour, especially as it is only a year before the national general elections. Labour is not expected to win, he said.

Normally the opposition party wins such polls by a landslide, he said. Instead more than half of people in the UK voted for parties supporting the in/out referendum.

He added that local and European elections results make it very difficult for Labour Party leader Ed Miliband to claim credibly that he is going to win the next elections.

“Bets for the general elections now are for a minority Conservative government.  The liberals have been wiped out, it will be very difficult to do a deal with Conservatives again. We will see a complete transformation of British politics.”

Prime Minister David Cameron’s recent use of the veto, as well as the talk of “Brexit” has left the UK isolated in the EU. The Lib Dems’ Bearder said she was hopeful that a referendum would “lance the boil” and enable more attention to be brought onto the work being done in the Parliament.

Under a minority Conservative government with a weakend voice in the European Parliament,  it will be difficult for the UK to exert similar levels of influence over EU policymaking as it has done in the past.

Eurosceptics, such as the UK Independence Party, see the EU as an oppressive, wasteful superstate that threatens Britain's sovereignty, want a referendum on whether to stay in the EU. The parliamentary elections saw them make considerable gains, which will have a direct influence on the UK's influence over EU policymaking.

16 responses to “British influence will wane in new EU Parliament”