MEP Geoffrey Van Orden: "I think certainly the Europeans will regret [Brexit], at the moment they think it's all going their way and the UK, they think is on the back foot." [European Parliament]

Hungarian Prime Minister Viktor Orbán has done nothing outrageous except to challenge the “EU orthodoxy” in some areas, and has been unfairly labelled as an extremist, the leader of the British conservatives in the European Parliament, told EURACTIV.

“Unfairly, he’s been cast as some sort of extremist. Whereas in most aspects, I don’t think that is the case,” Geoffrey Van Orden said, speaking to EURACTIV on the sidelines of the ‘Liberty Summit’ in Kyiv, organised by the European Conservatives and Reformists (ECR) in the European Parliament,

The British conservative, who is a former British Army officer, said Orbán should feel “secure” in the European People’s Party (EPP) because the EPP does not want to “lose more numbers”.

Asked if he would like to see Orbán’s Fidesz party in ECR, he replied that he was not personally in contact with the Hungarian party but “it would be interesting to look at those possibilities”.

Fidesz’s membership of the EPP was temporarily suspended before the EU elections over alleged violations of EU rule-of-law principles and it remains unclear how much longer the suspension will be in force.

“It seems to me that anyone that challenges the EU orthodoxy is regarded as some sort of miscreant,” Van Orden added.

Asked about a recent initiative by France and Germany to hold the first four-way summit on the Ukraine conflict in three years with the participation of Russia and Ukraine, he expressed regret, considering that major powers engaged in Ukraine, such as the UK, Poland, the US and Canada, would be excluded.

“I understand fully the delicate diplomatic balances and who wants to be at the table, particularly when Russia is in the room, that’s the difficulty,” he said.

He added that both France and Germany have been sending signals to Russia that they  want to have an easier relationship while at the same time, Russia is presenting a clear threat to Western values, and indeed, the territorial integrity of European countries such as Ukraine.

“I think quite deliberately, France sees herself as the political leader of Europe. I think this is dangerous and thoroughly divisive, but you have to have to admire the French to gradually to get their way over decades,” he said.

Referring to French President Emmanuel Macron and his recent statement on “NATO’s brain death”, he insisted that other states needed to ensure that the Alliance remains strong and at the heart of security and defence. 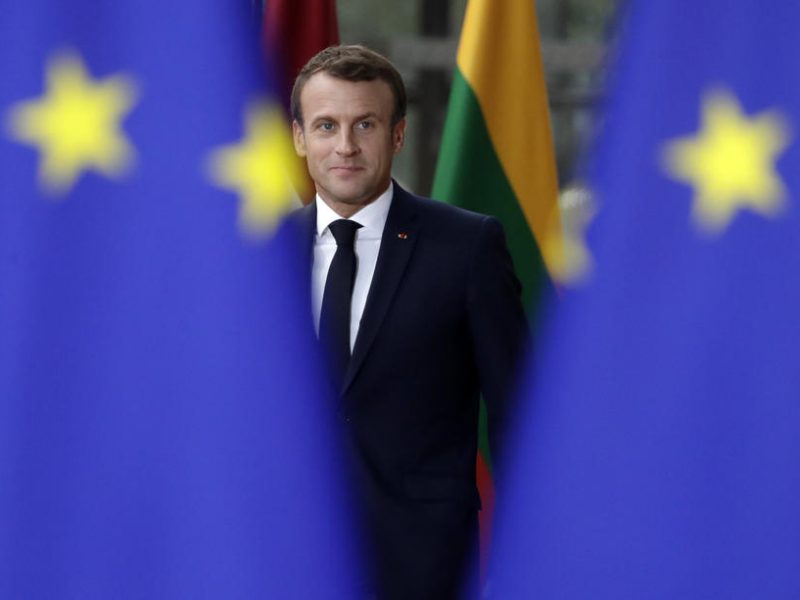 Emmanuel Macron presented his geopolitical vision in an interview with The Economist on Thursday (7 November), and it once again attracted a wide range of criticism. By speaking of a “NATO brain death”, this recent diplomatic blunder is putting the French president’s partnerships at risk.

He added that the French push for EU defence autonomy “under French leadership” will not succeed and that Paris just grabbed another chance to put forward its agenda because of US President Donald Trump’s image in the world.

“There is a related development to this. One of the negative aspects of Brexit has been to encourage greater unity and integration of the rest of EU members, driven by France and Germany in particular. This comes at a great cost. I think others are beginning to question this,” he said.

He said EU member states will react to efforts to push for qualified majority voting on foreign policy issues, the heart of national sovereignty.

He added that Brexit would also divide EU member states over the budget, considering that countries such as Germany and the Netherlands will have to contribute more.

“Sooner or later, people are going to wake up.”

“I think certainly the Europeans will regret [Brexit]. At the moment they think it’s all going their way and the UK, they think, is on the back foot. But I think actually, it is in all of our interest to make sure we have the right sort of arrangements with Europe and they, as I’ve warned the EU, they should understand the reasons why the British people have chosen to leave,” he concluded.