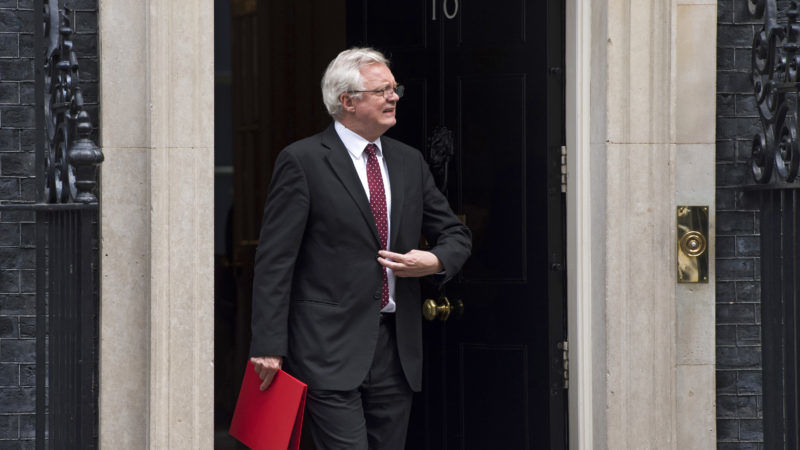 MPs hold their first vote on Monday (11 September) on a bill to end Britain’s membership of the EU, which ministers say will avoid a “chaotic” Brexit but has been condemned as an unprecedented power-grab.

The legislation would repeal on Brexit day the 1972 law through which Britain joined the bloc, transferring in bulk around 12,000 existing EU regulations into the British statute books.

It is the next step in implementing last year’s historic referendum vote to leave the bloc, after Prime Minister Theresa May formally notified Brussels of Britain’s withdrawal in March.

“Businesses and individuals need reassurance that there will be no unexpected changes to our laws after exit day and that is exactly what the Repeal Bill provides,” Brexit Secretary David Davis said.

He added: “A vote against this bill is a vote for a chaotic exit from the European Union.”

The main opposition Labour party has vowed to try to defeat the bill, however, arguing that its provisions to smooth the transfer of EU laws represent an unacceptable expansion of executive power.

Many EU regulations may need adjusting as they are transferred, and the bill proposes the broad use of existing “Henry VIII powers” that allow ministers to amend legislation without full parliamentary scrutiny.

Labour Brexit spokesman Keir Starmer said it was “fatally flawed” and an “affront to parliament”.

Astonishing Lobby briefing yields repeated No10 assertion that "the govt has a majority on the floor of the House."

May’s minority Conservative government is expected to win Monday’s vote, which could come as late as midnight, thanks to its alliance with the Northern Ireland’s Democratic Unionist Party (DUP).

But Conservative MPs have warned they could seek to amend the bill as it comes under further scrutiny in the coming weeks, amid concerns about its constitutional implications.

Britain remains divided over Brexit, and on Saturday thousands of people marched through London calling for the whole process to be abandoned.

Most MPs have accepted it will happen, with Europhile former Conservative finance minister Ken Clarke saying it was “hopeless” to think Britain would stay in the EU. 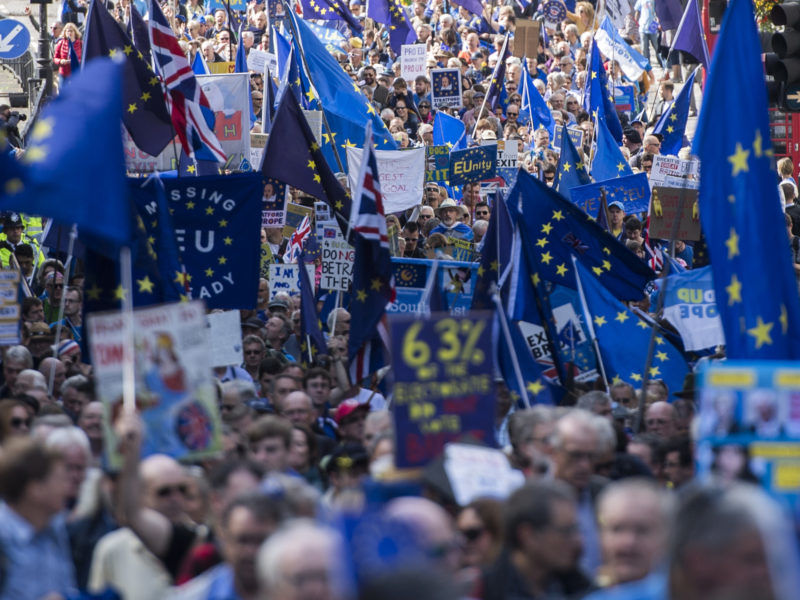 But the shape of Brexit remains unclear, and May has been under pressure from all sides after losing her parliamentary majority in the June snap election.

The government plans to leave Europe’s single market and customs union after Brexit but is seeking a transitional deal that would replicate existing arrangements until it agrees a new trade deal with the EU.

Labour wants to remain in the single market during the interim period following Brexit day, currently set for 29 March 2019, while a eurosceptic group of Conservatives is pressing May to make a clean break.

Such issues will need to be agreed with the EU, and the Repeal Bill does not propose any changes in policy.

But it does give ministers the power to implement the final Brexit deal without full parliamentary debate.

“It would be ministers who decided our new trade arrangements, customs arrangements and immigration rules, any deal on citizens’ rights and much else,” Starmer wrote in the Sunday Times newspaper.

Labour and trade unions also fear ministers may seek to change EU regulations on the environment and workers’ rights as they transfer them into UK law.

“We are seriously concerned that the power-grab embodied in the bill will end up with worker’s rights being watered down,” Frances O’Grady, head of the Trades Union Congress umbrella body, told AFP.

Davis denies this, saying the bill is a “pragmatic and sensible” way to deal with the huge amount of EU legislation that must be incorporated into British law.

“Without it, we would be approaching a cliff-edge of uncertainty which is not in the interest of anyone,” he said.