By Brad Allen and James Crisp | EURACTIV.com in partnership with edie.net

UK Chancellor George Osborne's decisions to subsidise nuclear and cut renewables have not made him popular with the British public. [Picture of protest against Tory budget 2015] [The Weekly Bull/Flickr]

The UK does not currently have a major insulation programme, after the Conservative government controversially scrapped the Green Deal back in July, with plans to deliver a replacement scheme after the end of its spending review this month.

European Union judges in June told the United Kingdom its lower rate of value-added tax (VAT) for home energy efficiency renovation is illegal. The European Court of Justice (ECJ), which rules on points of EU law, in Luxembourg agreed with the European Commission and ruled that the lower price broke the VAT Directive.

Britain enjoyed a reduced rate on the installation and supply of “energy-saving materials” for housing, but would face mounting weekly fines unless it changed the rules.

Owing to the age of many UK properties – nearly 60% are more than 50 years old and 80% of these will still be standing by 2050 – Britain’s household energy efficiency is among the worst anywhere in Europe. The number of households in fuel poverty is forecast to increase to 2.33 million.

In July, EURACTIV reported that the European Commission is considering whether to relax VAT rules for energy efficiency in buildings. 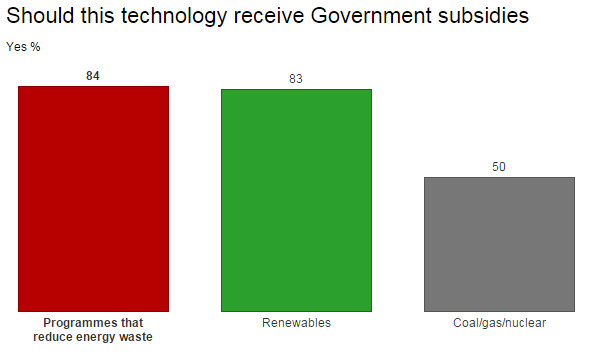 On the grid scale, a recent report from Greenpeace and the Association of Decentralised Energy (ADE) found that the UK loses 54% of its electric energy – worth £9.5bn and enough to cover half of every household’s annual electricity bill – before it even reaches end users.

The 54% figure – caused by an inefficient energy system – is one of the worst in Europe and equates to the annual carbon emissions of every car in the UK. The findings highlight the case for the Government to develop a new strategy on energy efficiency, according to ECIU director Richard Black.

“Cutting waste is the cheapest and easiest way to reduce energy bills and carbon emissions, and this survey suggests it’s also the most popular,” he said.

“With insulation rates falling to their lowest level since 2013 there’s a clear rationale for ministers re-invigorating policies that cut energy waste, and one obvious approach would be to make energy efficiency a national infrastructure priority.”

A report released yesterday by the New Climate Economy think-tank found that raising and normalising energy efficiency standards across the G20 group of rich countries could deliver 40% of the emissions cuts needed to limit global warming to two degrees.

The UK Government recently closed a consultation on reducing the Feed-in Tariff subsidy by up to 84%, and completed a deal to subsidise the Hinkley Point nuclear power station with a strike price of £92.5/MWh.

It also slashed subsidies for wind and solar, causing the collapse of several green businesses.

EU judges ruled the United Kingdom’s Green Deal initiative to reduce value added tax (VAT) on building materials for efficiency renovation to 5% illegal. Under EU law, such a reduced rate of VAT could apply to renovation materials in social housing and not all households, judges decided.

The 4 June judgment was strongly criticised by British MEPs and led to the scheme being scrapped.

Conservatives in the European Parliament