British tabloids lash out at EU spending on children’s books 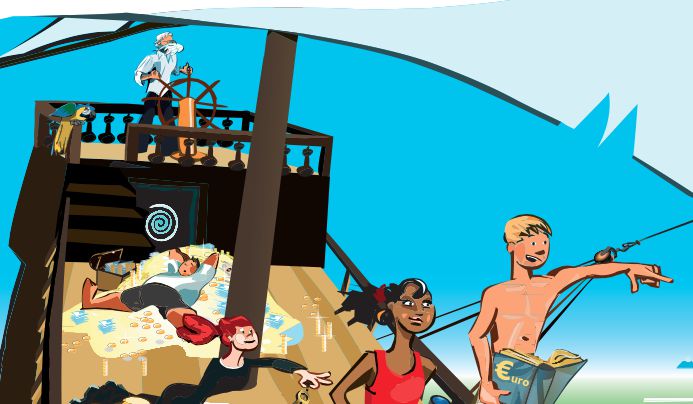 A report from Eurosceptic campaign group Business for Britain has UK tabloids up in arms over books funded by European institutions that aim to teach children about the EU.

The tabloids focused their scathing critique on the comic book “On the Road to Victory,” which features a Slovakian school class’ debates over the EU budget.

The Daily Mail published photos of the comic and predicted repercussions for the upcoming UK referendum on EU membership.

“The report is likely to reignite the row over Conservative plans to scrap restrictions on government spending on the EU referendum campaign. The plans raised concerns among Eurosceptics that the Government will use potentially ‘unlimited public funds’ to push pro-EU material during the campaign to try to secure a ‘Yes’ vote,” Jack Doyle wrote in the Daily Mail.

The books mentioned in the campaigners’ report are published by an assortment of EU institutions in different European languages.

But news of EU spending to promote European institutions can ignite upset in the UK ahead of the referendum.

Business for Britain’s report said that the EU spent €664 million on publicity in 2014 and €3.9 billion on “activities that promote the EU and its political priorities.”

“This funding was for campaigns which often went far beyond ‘public information’ and instead could be described as ‘propaganda’, championing the ideas of ‘European integration’ and seeking to ‘improve public perceptions of the Union,’” the report said.

“As the UK approaches an In/Out referendum and the question of EU membership becomes an ever more controversial political issue,the EU’s willingness to use taxpayers’ money to try and influence the public’s opinion must be closely scrutinised.”

Some of the books are available for free online. School teachers can reportedly request the materials in the EU embassy in London.

UKIP MEP Paul Nuttall told the Express, “The European Union has always attempted to legitimise itself through the use of its own media and publication; one such route is directed at children and the cartoon or comic strip is a method they have used before.”

In the Daily Star, Andy Silvester of the Taxpayers’ Alliance said: “Taxpayers are sick to the back teeth of funding seemingly endless EU propaganda. Brussels bureaucrats surely have something better to do with their time, considering the crises across the continent, than producing Beanos.”

The European Commission has defended the promotional materials as educating children about the EU.

Britain’s governing Conservative party won an absolute majority in the UK general election on 7 May 2015. With 12 more MPs than the other parties combined, the Conservatives no longer have to rely on a coalition partner.