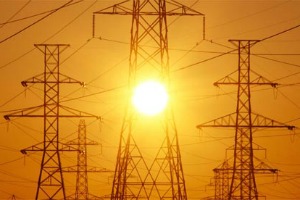 SPECIAL REPORT / Brussels grandees claimed that the liberalisation of Europe’s energy sector would take the edge off electricity bills but as the EU prepares to evaluate the policy three years on, unease about its benefit for consumers shows no sign of abating.

The third energy package of 2009 was seen as a completion of the EU’s internal energy market, with new ‘unbundling’ rules supposed to separate energy generation from distribution, transmission and supply.

The package “was introduced as a way to bring down energy prices,” said Johannes Kleis, a spokesman for the European Consumer Organisation (BEUC). “However, what we see in many countries is that energy prices [continue to] go up.”

In countries such as the UK, household energy prices have risen by an estimated 140% since 2004, with 90% of that rise occurring in the last six years.

Yet at the time of the package’s launch, the Commission believed that liberalisation would increase competition, prevent monopolies forming and bring cost advantages to consumers.

“We know that markets bring the best prices and the best service,” said the EU’s then-Energy Commissioner Andris Piebalgs in a 2007 interview with EURACTIV. “That is a generally well-perceived truth.”

Five years on, Jan Panek, an official responsible for coal and oil markets at the European Commission, defended the EU executive's liberalisation drive, saying other factors bore greater responsibility for the rise in energy prices – including taxation, distribution and transport costs.

“It is far too easy to say it is all liberalisation’s fault,” Panek told a roundtable meeting on fuel poverty in the European Parliament organised by the French energy giant, EDF.

The thinking behind the liberalisation package had been that preventing, for example, gas pipeline companies from also owning electricity grids would open up the market for investors to rush in and fill any gaps in the market at the lowest possible cost.

As Piebalgs put it, “You really need to create competition to put prices down because that is the only way to use as little money as possible.”

Even if prices rose, they would do so by less than would otherwise have been the case, he argued.

But academics such as Stephen Thomas of the University of Greenwich say this left the Brussels guns facing in the wrong direction.

“The third package focused on the wrong thing,” Thomas told EURACTIV. “It completely ignored the [real] problem of the integration of energy generation and retail”.

“None of the wholesale networks are operating as they should do,” he said.

Robin Simpson, an energy consultant for Consumers International, said he was “extremely concerned” about what he described as an “increasing monopolisation – or oligopolisation – of the market on the European scene”.

“We have seen the re-emergence of ‘vertical integration’ between generators and distributors,” he told EURACTIV. “Companies such as EDF and London Electricity will choose to buy electricity from their own generators rather than on an open market.”

The combined – mostly nuclear – electricity generation would have “the lowest carbon emissions per unit of electricity of any major generator,” de Rivaz said.

Energy market liberalisation was initially supported by many European consumer groups that believed it would provide more customer options – and therefore consumer power.

As Simpson put it, “our members thought it would usher in a new dawn where the consumer was king, with the choice between many different [electricity] options. But what we’ve actually seen is many people making the wrong decisions.”

Misleading and high pressure sales techniques pitched at vulnerable households garnered press attention in the UK after the national regulator Ofgem pushed EDF into paying back €5.5 million to customers.

But research by the group Consumer Focus found that problems with the way the market was operating might be more systemic, with large numbers of consumers still finding their bills confusing.

According to Thomas, it is “almost impossible” for consumers to make informed choices about their electricity supplier because they only know the sum companies charged in the past, not a guaranteed price for the future.

“If I switch and a few days later, the company put their price up and are no longer the cheapest company what do I do?” he asked. “Switch again? And how often do I have to check that I’m still with the cheapest supplier?”

Consumer studies in the UK, where market liberalisation is most advanced, suggest that consumers who switched energy suppliers, frequently lost out.

With the public also seeing petrol prices rise quickly in response to market signals, but fall slowly when the underlying cost went down, the result was general public scepticism, Thomas said.

“People may not know much about liberalisation but they know a bad smell when they smell one,” he said.

Vincent de Rivaz , the CEO of EDF Energy in the UK, told a meeting in the European Parliament that the effects of energy liberalisation for consumers was "a hot debate at the moment."

"Affordability is key," he said. "What is not affordable is not sustainable so we have to bring budget costs into the debate because we can't generally speaking live beyond our means and less than ever with the current financial crisis. Obviously, [fuel affordability] has a big impact on those with no means at all."

But he stressed that "fuel poverty is a symptom of a wider poverty issue. Therefore its not only for the energy companies to find solutions. Poverty is an issue for the society and governments."

To complete the internal energy market, a third package of gas and electricity directives was adopted in 2009, including 'unbundling' guidelines requiring energy transmission networks to run independently from the production and supply side.

A compromise allowed former state monopolies such as GDF in France and E.ON or RWE in Germany to retain ownership of their gas grids. However, their management had to be passed to an independent subsidiary, the transmission system operator (TSO), which had "the power to independently adopt its annual investment plan and to raise money on the capital market, in particular through borrowing and capital increase".

Then-EU Energy Commissioner Andris Piebalgs told EURACTIV in January 2007 that he thought energy liberalisation would eventually pay off for consumers.

But liberalisation also brought a potpourri of co-existing regulated prices and market prices to many EU countries, creating confusion for customers and uncertainty for businesses wishing to break into national energy markets. The EU executive currently believes that monopolies still wield to much uncoordinated power.