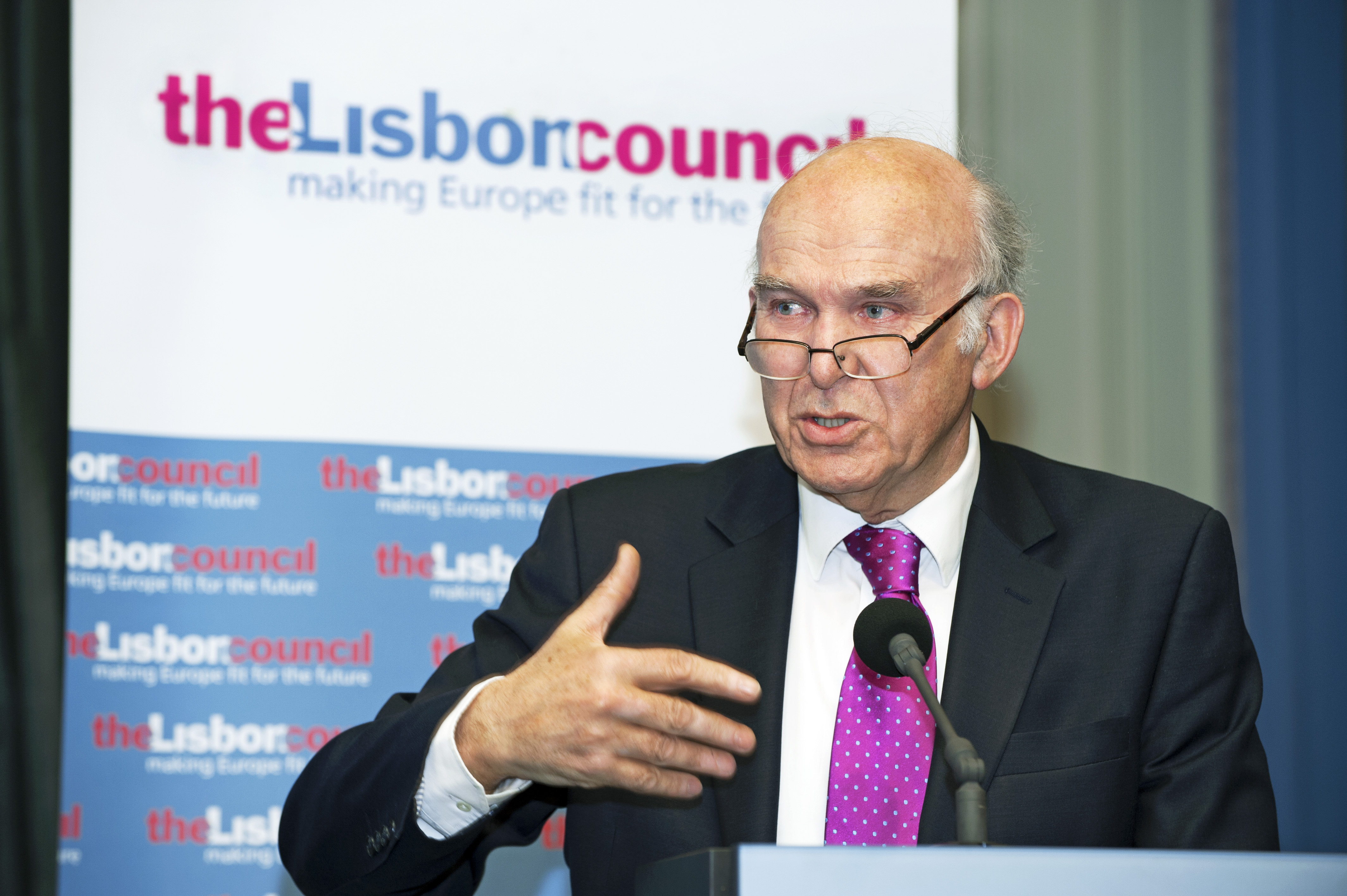 UK Business Secretary Vince Cable Tuesday (20 January) distanced himself from Prime Minister David Cameron’s strategy for an “in/out” referendum on EU membership (see background) and called for a Digital Single Market to show UK voters the value of the EU.

Cable is a Liberal Democrat, a pro-European party by comparison with Cameron’s Conservatives, which contains a sizeable Eurosceptic wing. The UK will vote in a general election on 7 May and the outcome remains unclear, although some form of new coalition government appears likely (see background).

The business minister distanced himself and his party from its coalition partners on immigration and the proposed referendum, whilst delivering think tank The Lisbon Council’s annual Robert Schumann lecture in Brussels.

“Freedom of movement of people – immigration – has become a toxic issue throughout the EU, and the UK has become as bad as the rest,” Cable said.

“Clear abuses of the welfare system by immigrants must be dealt with, these things rankle…. but we must defend freedom of movement to work, it must be respected,” the business minister insisted.

Of Cameron’s planned referendum, Cable said: “Their strategy is remiss, since it assumes the other countries will comply with British requests and raises expectations that changes will be achieved. We are not saying that we do not want to reform the problems with the EU such as bureaucracy. But the best way to deal with these is to work constructively with like-minded countries.”

Comparing the UK’s last referendum on EU membership – the bloc was then known as the European Economic Community – Cable said that at that time, Europe had offered hope of economic dynamism to the UK, whereas “that is not the case at the moment”.

“In order to demonstrate the value of the EU, we need to show that the single market works and delivers economic growth and benefits,” Cable said.

He also voiced concerns about the UK’s influence in Europe being on the wane, adding his voice to comments made by Britain’s former European Commissioner Peter Mandelson in an interview with EURACTIV last year (3 December).

“I worry about the UK’s status. I pick up a sense that some countries are fed up of just being shouted at when you can achieve quiet constructive change,” Cable said in a swipe at Cameron’s negotiating tactics.

On the digital single market (DSM) – a key proposal of the Juncker Commission – Cable said that Europeans are currently being let down by the “patchwork” approach to the digital economy in Europe across the 28 member states, each with its own regulations.

“Not only would this (DSM) boost UK and Eurozone economies by €340 billion, but it will make online prices fairer, enable start-ups to be formed within 24 hours, and help businesses sell throughout the EU,” Cable said.

“An online single market should also give consumers confidence that they can buy digital products online with adequate protection, and that their data is not being misused,” adding, “Currently, over half of British consumers choose to pay more to buy online in the UK rather than overseas, because they’re unclear whether they can get a refund if something goes wrong.”

The UK is pushing for proposals that businesses would not need a physical address in a country to register for a website with that domain name, to enable start-ups to benefit from a single, online company law process allowing firms to be formed within 24 hours, without the need to replicate the process in other member states.

The Transatlantic Trade and Investment Partnership is proving “a hard sell in the UK and elsewhere in Europe for a variety of reasons ranging from protectionism, to fears that it may result in lower European standards,” Cable said.

“We need to provide a strong defence of trade liberalisation, to be clear this is not about diluting EU standards[…] if we fail then, that will be a sign that Europe has reached the outer limits of its capacity for free trade, and pave the way for a retreat to nationalist forms of trade,” he added

Under pressure from Eurosceptic members of his own party, and the rise in popularity of the anti-EU UK Independence Party (UKIP), Cameron has pledged to renegotiate Britain's ties with the 28 nation bloc and try to claw back powers to London.

Cameron has said he will hold a referendum in 2017 if his Conservatives win the national election on 7 May.

Cameron's centre-right Conservatives have governed Britain in coalition with the centre-left Liberal Democrats since 2010.

0 responses to “Cable tells Cameron to stop shouting at EU”