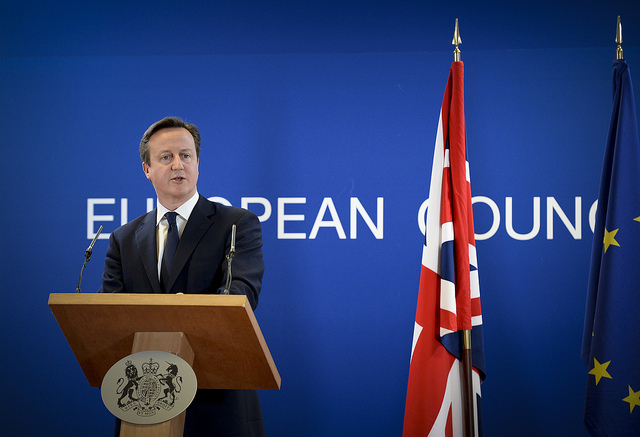 Cameron and Hollande will discuss the UK's EU renegotiation in Paris on Monday 15 February. [Number 10/Flickr]

The European Union is trying to broker a series of reforms to Britain’s relationship with the bloc ahead of a looming in/out referendum that could be held as early as June this year.

The talks will take place in Paris at 19.00 local time.

British officials hope a deal can be nailed down at an EU summit in Brussels on Thursday and Friday.

In London, Cameron’s spokesperson said, “We have made progress (on renegotiation) but there are details to be pinned down.

A deal could pave the way for a referendum on whether Britain should leave the 28-member EU or stay in.

But some of Cameron’s demands are proving problematic to his European partners.

Analysts say France – which along with Germany is considered the EU’s engine – is likely to want to see changes in what is being proposed over economic governance.

Cameron had wanted the European Union to recognise a series of principles including that countries outside the eurozone, like Britain, should not face discrimination or disadvantage.

Tusk was first in the queue in Paris – he met Hollande in the French capital before Cameron arrived.

Asked if he thought a deal could be pushed through this week, Tusk said, “I hope so.”

“There are still details to be pinned down and what matters is that we get the substance right,” she added.

The ramifications of a British exit from the EU were underlined on Monday when the head of HSBC hinted that the global lender could shift its operations to Paris if Britain votes to leave the bloc.

“We are lucky in the sense that we have a major bank in France,” Douglas Flint told BBC radio.

“So, if we were to leave and if there were to be restrictions, ultimately on the renegotiation of Britain’s position, we have the ability to move activity and people between London and Paris,” he said.

If Britain becomes the first country to leave the EU, it would further exacerbate a series of problems so perilous that Tusk warned recently that the situation felt like “the day before World War I.”

The EU is already facing questions about its future as it struggles with its biggest migration crisis in 70 years, and there are fresh fears about the health of the euro currency.

British Foreign Secretary Philip Hammond warned on Sunday (14 February) that the EU will “lurch very much in the wrong direction” if Britain votes to leave.

Hammond also predicted that negotiations at this week’s summit “would go to the wire”.