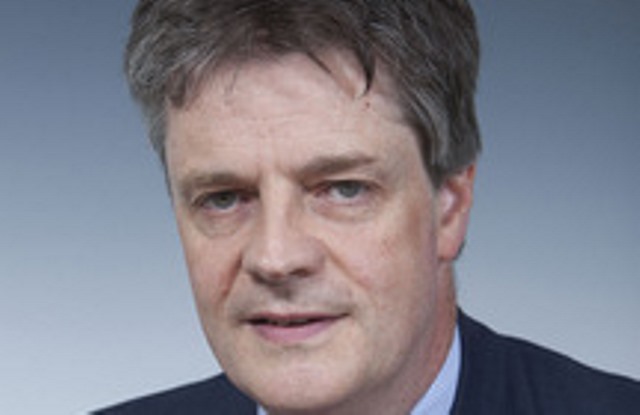 British Prime Minister David Cameron has nominated a pro-European member of the House of Lords, who three weeks ago denied he wanted the job, to be the United Kingdom’s next EU Commissioner.

Jonathan Hill, 53, is leader of the House of Lords, a member of Cameron’s cabinet, and a former special advisor to Kenneth Clarke, the most prominent pro-European Conservative MP. Clarke left the cabinet today after a wide-ranging reshuffle that saw Eurosceptic MPs promoted across the national government. UK Independence Party (UKIP) leader Nigel Farage criticised the nomination.

Cameron is under pressure to ensure the UK secures a prestigious portfolio such as trade or internal market in Jean-Claude Juncker’s new Commission. He must show he has enough clout to deliver EU reforms, after the successes of the Eurosceptic UK Independence Party, his failure to block Juncker’s appointment, and ahead of the 2015 general elections and 2017 referendum on the UK’s EU membership.

After his confirmation as Commission president by the European Parliament this morning (15 July), Juncker will begin negotiations on the distribution of jobs.  The list of nominations must be approved by the Council and Parliament.

Does he even want the job?

Lord Hill was asked three weeks ago by conservativehome.com, a Tory website, if he would consent to be the next Commissioner.

“First, I don’t believe I’m going to be asked. Secondly, I like it here. I quite like it at home, in the British Isles. I don’t think it’s something that’s going to arise.”

Today he said, “It’s a huge responsibility to have the opportunity to play a part in reforming the EU but it is one that I am excited to have been offered […] I also believe that the UK’s interests are best served by playing a leading role in the EU, shaping the organisation as it changes to meet the challenges it now faces.

“In five years’ time, when the next European elections take place, I want to be able to say to people across Europe – including Britain – that the European Commission has heeded their concerns and changed the EU for the better.”

Cameron said, “Lord Hill will bring an excellent combination of political and private sector experience to this role. Half his career has been spent in business, half in government at the highest levels.

“Having founded his own company, he also has a strong understanding of the private sector and how the EU can help businesses to generate growth and create jobs.”

Deputy Prime Minister Nick Clegg, a Liberal Democrat, supported the nomination. “I have no doubt that he will promote British interests in Brussels by working constructively inside the European Commission and positively with our European partners,” he said.

UKIP leader Nigel Farage criticised the appointment. The European of Freedom and Direct Democracy boss said, ” Jonathan Hill, who are you? There is nothing in Mr Hill’s career path to suggest that he is the one to renegotiate radical reform.

“I am surprised that David Cameron, at this juncture, would nominate someone who was special advisor to Europhile Kenneth Clarke. In nominating Hill, who has never been elected, Cameron is obviously following the model laid out by the EU elites. “

Lord Hill – who are you?

Peter Wilding, Director of British Influence, which campaigns for Britain’s continued membership of the EU, backed the decision. Hill was a pro-European businessman, he said.

He said, “We welcome this appointment which is demonstrative of how serious the UK is about creating reform with its allies in the EU.”

By choosing a peer from Britain’s second house of Parliament instead of from the House of Commons, Cameron avoids a potentially damaging by-election.  By-elections occasionally result in embarrassing defeats for the party in government and Cameron is wary of the threat of another electoral coup for UKIP. Lords are selected by the Queen on the advice of the Prime Minister and not elected like MPs in the House of Commons.

Cambridge-educated Hill, whose title is Baron Hill of Oareford,  is a former education minister with a relatively low profile in Westminster. His CV provides few clues as to which portfolio he would be best suited.  He was appointed leader of the House of Lords by Cameron in January 2013.

Created a life peer in 2010, he took up the office of Parliamentary Under-Secretary of State for Schools at the Department for Education in Cameron’s government.

From 1994-1998 he was a senior consultant at the Bell Pottinger Group, before becoming a founding director of lobbyists Quiller Consultants.  He has also worked for Lowe Bell Communications.

He was John Major’s political secretary during his term as prime minister in the early 1990s and also worked in Number 10 policy unit. Prior to that, he worked for Clarke at the Department of Employment, Department of Trade and Department of Health.

Baroness Patience Wheatcroft and Baroness Sarah Hogg were linked to the job. Both former journalists and members of the House of Lords with impeccable Tory credentials, they had the added advantage of being women. Juncker has urged national governments to put forward more female candidates, promising to reward countries that do with a big portfolio or vice-presidency.

Open Europe is a think tank asking for EU reform. It said, "David Cameron has clearly let other considerations trump sending the highest profile candidate to Brussels. In particular, the Tory leadership was absolutely adamant it had to avoid a by-election for fear of losing political momentum ahead of the general election. Therefore, it had a very small pool to choose from, with the fundamental problem being that the Tories have not been a party of government for some time, meaning they did not have many heavy hitters floating around outside the Commons. Lord Hill is clearly an experienced political operator who is highly rated amongst colleagues and has considerable PR skills. He has also worked at the heart of government, including as Chief of Staff to John Major, during which he was involved in negotiating the Maastricht Treaty.

"The chances of the UK securing one of the key portfolios in the next European Commission – internal market, competition or trade - have worsened but have not been completely squashed. First, in a Commission filled with former and even current foreign ministers and prime ministers, Lord Hill will struggle to compete on merit. Secondly, his CV doesn’t easily lend itself to one of these portfolios.

"Thirdly, he is not a woman, which would have been one way for the UK to massively boost its chances for a good job. Having said that, it’s too early to jump to conclusions, not least since several portfolios – included internal market - are expected to be broken up, making the job allocation unusually unpredictable."

2017: Proposed date for referendum on UK membership of EU

UK Permanent Representation to the EU