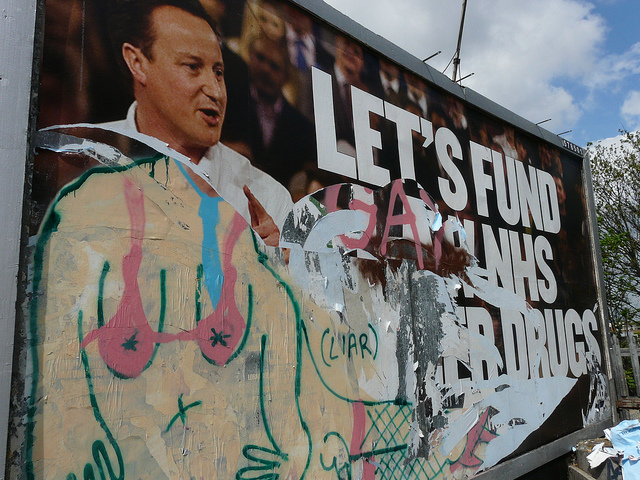 Prime Minister David Cameron rejected on Wednesday (October 29) a proposal by the Scottish National Party (SNP) that the United Kingdom should only quit the European Union after a future referendum if a majority in each of its four constituent parts vote to do so.

Prime Minister David Cameron rejected on Wednesday a proposal by the Scottish National Party (SNP) that the United Kingdom should only quit the European Union after a future referendum if a majority in each of its four constituent parts vote to do so.

Cameron has promised a referendum in 2017 on Britain’s continued EU membership if his Conservative Party, which has grown increasingly Eurosceptical, wins a 2015 national election.

Incoming SNP leader Nicola Sturgeon said earlier on Wednesday that the United Kingdom’s EU exit should only go ahead if approved by majorities in Scotland, Wales and Northern Ireland as well as in England, home to 85 percent of the UK population.

“We are one United Kingdom. There will be one in/out referendum (for the EU) and that will be decided on a majority of those who vote. That is how the rules should work,” Cameron told the Westminster-based UK parliament in response to Sturgeon’s proposal.

Scotland, Wales and Northern Ireland have varying degrees of autonomy, but the British government in London controls foreign policy and is not legally required to consult the regional administrations over issues such as EU membership.

However, the SNP criticised the stance, saying that London’s promises of real constitutional change after Scots rejected independence were being broken.

“This knee-jerk rejection by the Prime Minister to a perfectly reasonable and balanced proposal to reflect Scotland’s interests in Europe flies in the face of what he and the No campaign promised during the independence referendum,” said Pete Wishart, an SNP member of the British parliament.

Cameron has adopted an increasingly critical stance on the EU, as he tries to fend off an electoral challenge from the United Kingdom Independence Party (UKIP), which wants to quit the bloc. He says he wants Britain to stay in a reformed EU.

Scots, who last month rejected independence in a historic referendum, are more likely to back EU membership than the English, polls show.

The SNP have said that they are not seeking another referendum on Scottish independence, but that this depends on circumstances such as continued EU membership.

In a speech on Wednesday evening, Sturgeon is due to flesh out her proposal, which seeks to protect Scotland, with just five million of the UK’s 64 million people, from being forced to leave the EU against its own wishes.

“This proposal transforms the terms of the UK debate on Europe – which so far has been all about the Westminster parties dancing to UKIP’s tune,” she will say in Edinburgh, according to advance extracts from her speech.

However, Sturgeon’s opponents questioned the motives behind her demands.

“This proposal is fanciful and self-serving from Nicola Sturgeon and merely a distraction from tackling important everyday issues such as health and education,” said Scottish Conservative deputy leader Jackson Carlaw MSP.

“She has obviously been taking lessons from her boss, Alex Salmond, on the art of gripe and grievance politics.”

A study carried out by Durham University and the University of East Anglia last week showed that England, where Cameron’s Conservatives draw the bulk of their support, would vote to leave the EU, while Scotland would vote to remain.

Cameron’s political focus since the Scottish referendum has been on tackling the UKIP threat. He has already lost one lawmaker, who defected to UKIP and won a subsequent by-election earlier in October. A second defection to UKIP by a Conservative lawmaker has triggered another by-election on Nov. 20.

The SNP says a referendum on Britain’s EU membership will create much more investment uncertainty than the Scottish independence vote did.

Paul Cairney of Stirling University said a referendum in which Britain as a whole voted to leave the EU while Scots voted to stay in would trigger a new UK constitutional crisis and demands for a new Scottish independence referendum.

“I don’t think anyone would want something so important to be triggered in such a crisis-like way, so this (proposal by Sturgeon) seems like a pragmatic way to ward off that possibility,” Cairney said.